She’s only doing what she was hired to do.

Melania is a disgusting piece of work. Wouldn’t you agree?

Not at all. She is a Slovenian model who scored a big client. I don’t find that disgusting, but nor do I find it attractive.

I don’t know, nor care to know anything about her.

He was the only leader to be dumb enough to not believe.

dumb enough to not believe. 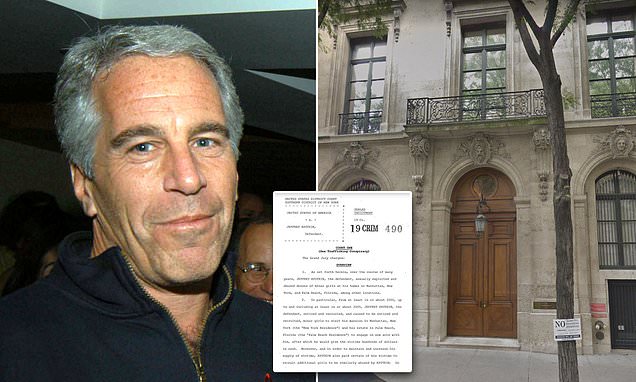 Jeffrey Epstein and his lawyer, Reid Weingarten, opted to delay his bail hearing, asking for three more days to prepare arguments against the bail memorandum filed by federal prosecutors.

The Public Corruption Unit is tasked with heading up the 'prosecution of corruption crimes committed by elected and appointed officials, government employees, and individuals and companies doing business with the city, state, and federal government.

The charges stem specifically from the alleged sexual assaults of the three minor victims and the actions of three Epstein employees between 2002 and 2005.

On June 30, 2008, Epstein entered a guilty plea to state charges of soliciting an underage girl for prostitution, and ultimately served just 13 months of his 18-month sentence.

He was never charged with a federal crime.

That time was served not in a prison, but rather the Palm Beach Stockade, which is a local detention center.

Epstein was also allowed to leave six days a week to go work out of his West Palm Beach office during his time behind bars. A few months later, the judge approved a trip to New York City to visit his lawyer.

Among the crimes the Public Corruption Unit investigates are ‘bribery, embezzlement, and frauds committed against local, state, and federal government agencies,’ but no mention of sex trafficking.

It is also where former FBI director James Comey’s daughter Maurene is employed as a lawyer.

She has been assigned to the case and was seen outside federal court on Monday.

The time has come

Are you glad to see Epstein facing justice or my rebuttal?

Pray for an answer.

Wow that was sharp. You must be a little upset with me.

Will, I love you (the sinner) but I hate the sin you are guilty of.

And I will pray for an answer because you have failed in giving me the truth I seek.

Oh you are so fucking holy. The truth you seek. Look up your own ass, it’s probably there.

You are so disgusting.

I get it. You pick my language apart and you are free from justifying your own beliefs. I seek your truth, Will.

Perhaps I should pray for it

Wake up, Will. Nap time is over.

Do you know what I just heard about this…

It’s linked to that guy, Keith Rainier, and Anthony Weinner’s laptop. How interesting is that!!! 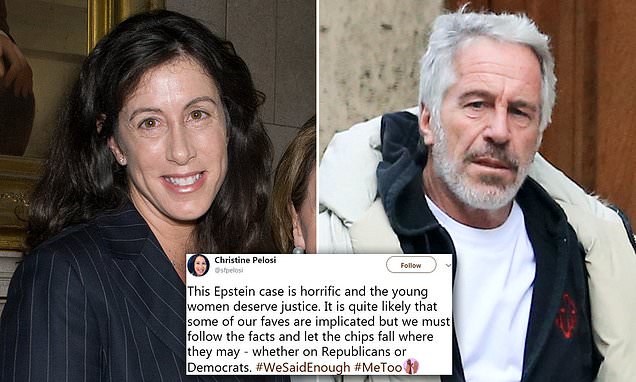 Christine Pelosi, who is an official with the Democratic National Committee, tweeted on Saturday: 'This [Jeffrey] Epstein case is horrific and the young women deserve justice.'

This is the same time period during which Epstein first made headlines after flying former president Bill Clinton to Africa on his private jet, which was later nicknamed the Lolita Express.

How interesting that the prosecutor who made the “sweetheart” deal (Alex Acosta) is now Secretary of Labor for trump.

No shit! He should be investigated and put on leave without pay until he is cleared of any wrong doing.