Back to the topic of spending money:

Sometimes I am tempted to by some very expensive fun toy that I couldn’t previously afford. I had that feeling again last night. I calmed down and decided to use the money to upgrade our windows to hurricane rated double pane high efficiency windows. I feel better now.

So much time in our lives is spent solving problems we don’t have, or trying to buy happiness in expensive trinkets. It takes some decades of experience to realize that. I like where I’m at in life. 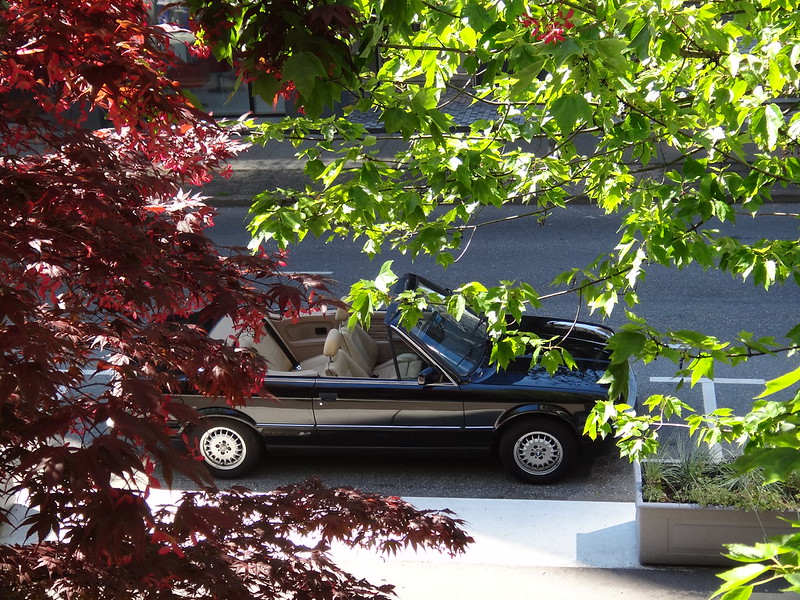 Oh, I’ve been down that path. As with most people who start earning some money in their 30s, I went super materialistic. Bought big houses and cars and all kinds of ostentatious things. Then I reduced down a few times, the last time being a reduction to near minimalism due mainly to huge debt and financial pressure from my business. I owned very little for several years. Now I’m in the middle. I am no longer chained by lust for possessions but that leaves me free to enjoy possessions without the pressure that comes with trying to impress people. I like cameras. I like cars. I like watches. I like knives. I like ham radios. I like tech. I own a sane amount of all of those things.

i like the raccoon picture, they are considered to be greedy thieves and murderers
they are also cute adorable creatures

skunks also only live in north and south america

Skunks are the least of our problems, and not the smelliest. North America is filthy and in decline, including Canada. So is Amsterdam from what I can see, although I haven’t been there for decades.

perhaps nature will be the solution to the real problem: human nature

We are nature. Our skyscrapers are as natural as a beaver dam.

lol we are natural pollution

The Eurasian beaver (Castor fiber) or European beaver is a beaver species that was once widespread in Eurasia, but was hunted to near-extinction for both its fur and castoreum. At the turn of the 20th century, only about 1,200 beavers survived in eight relict populations in Europe and Asia. It has been reintroduced to much of its former range, and now occurs from Spain, Central Europe, Great Britain and Scandinavia to a few regions in China and Mongolia. It is listed as least concern on the Th...

Why is this in the money thread? Well, since the world shut down, webcams have been in huge demand and they’re being gouged. Cams that used to cost $50 six months ago now cost $200. I bought a Chinese webcam a month ago and it lasted a week. It’s literally garbage now because I can’t return it. I’ve just spent the last week surfing replacement webcams and I got interested in the topic, watching Youtube videos on how to have an impressive webcam setup so you look as good as possible when you do videoconferences. I researched lighting and using expensive DSLR or mirrorless cameras as webcams, and learned how to do that using HDMI to USB converters which generally cost much more than normal webcams. I learned how to blur my background and even learned about green screens. I figured I could get a super professional setup done for about $1500 and I’d look like I was in a broadcast studio.

In spite of all of that research, my webcam was broken and I had a doctor’s appointment to do. My cheap Chromebook has a webcam, and both of my phones have cams. I used the Chromebook. It was perfect. Not “fine”. It was perfect. It was far better than having a super professional setup. The doctor was a pretty and elegant woman about 35 who talks fast like many Spanish speaking women. I’ve seen her several times and I get along well with her. We aren’t friends socially but I wish we were, and I’d bet she’d be open to the idea. She was at her dining table and so was I. We chatted like old friends for awhile and it was just pleasant. If I had been in a studio setup, it would have been totally unbalanced and far less pleasant than it was with my $150 Chromebook.

“Less is more” is not just a glib cliche, sometimes. Neither is “don’t try too hard”.

I’ll be using my Chromebook for the HOA meeting tonight. It works just fine.

And you won’t look like a pretentious ass who’s trying too hard.

Webcams are for holograms who won’t ever experience life outside a block of ice.

And that’s fine with me.

My cash is the coldest.

How about when you say “Goodbye, I love you” and then you get it hard and deflected back at you?

I know exactly how that feels.