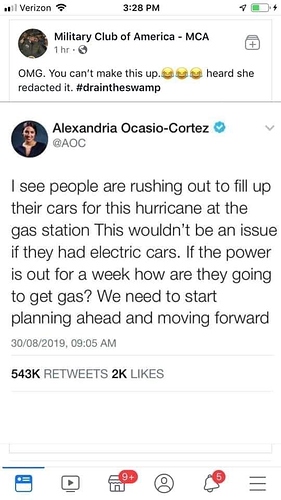 buy me a Tesla.

I am going to wait until April to see about getting a new car. If Bernie or Elizabeth are going to win the primary, I may wait to get an electric car. If Joe is going to win, I would assume he will be a fairly useless president and there won’t be any additional kickbacks for getting an electric car. Right now it is 7500 back for the first 200000 sold in the USA. NH also gives back 1000, so that’s a pretty good kickback. If Bernie gets in there, I could see the kickbacks going well over 10000 dollars as well as the overall price of the cars going down. Elizabeth would probably do something similar.

I have thought about how I would get to work if I lose power. I don’t think I will hardly ever lose power, living next to the fire station. If I did, that means school is probably cancelled and I will take my wife’s gas car.

We are a LONG way away until electric cars are in the majority in the USA. Toyota and Honda are great at making ICE cars. We have a decent amount of petroleum in the USA. It is fairly high quality. The most envionmentally friendly option is to have no car at all. As well as financially. That’s difficult more than 20 miles outside a big city. If I had a bigger driveway, I’d get a pick up truck. Not to pull or even take on the highway, so it could be a clunker. That way, I could get a smaller car next time.

Hydrogen fuel cell cars would probably be better to deal with natural disasters than either gas or electric. I think they can go 800 miles or so. It doesn’t look like they will catch on, but I guess we will have to wait and see.

Better in disasters but I wouldn’t want to crash one, and that’s more common that hurricanes.

If the power goes out,

buy me a Tesla. Did Alexandria Ocasio-Cortez Tweet About Electric Cars in Hurricanes?

The middle of a Category 3 hurricane is probably not the best time to be making decisions about automobile purchases.

Where did you hear that? Snopes? The site you once told me was not a legitimate source for information?

How is it that you feel the strong urge to correct me on this but ignore me when I misrepresent the truth in a political discussion.

But please, Your Honor, ignore that we have documented proof that Source #1 is bias against Trump when you determine it is reasonable to authorize a warrant to spy on Carter Page.

We both know this is the truth but it’s not a fact since no one literally said that to any judge during the FISA application.

I hate that you selectively correct me. But I know you must be too close to admitting the truth if you comment on this post.

The silence should be weird but in reality it’s seems very normal. I’m sure I’m the only one that doesn’t understand it.

If it’s because I’m not being sensitive about Will going through a a dangerous experience, in my defense, Will isn’t worried about it.

Are you Will? Concerned for your life?

I hope you have made peace, Will. I don’t mind admitting, I am worried for you and Angie.

Thank you Michele. I will be fine. I have lived in Florida all my life and been through many hurricanes. It looks like this one will skim the coast which means some wind and rain if it stays on this track. Thanks for your concern.

Okay. And I’ll pretend that was comforting.

I don’t know what I did to piss you off. You seem to live in a perpetual state of PMS.

I’m not mad about anything.

Where did you hear that? Snopes? The site you once told me was not a legitimate source for information?

I don’t recall ever telling you Snopes was not an accurate site.

How is it that you feel the strong urge to correct me on this but ignore me when I misrepresent the truth in a political discussion.

I pick my battles.

I hate that you selectively correct me.

But I know you must be too close to admitting the truth if you comment on this post.

The only truth here is you posted what you thought was a funny AOC tweet which turned out to be false, and you didn’t check first.

The silence should be weird but in reality it’s seems very normal. I’m sure I’m the only one that doesn’t understand it.

There’s nothing weird about me having a life. I don’t even have a very interesting life, but I have a life. I woke up around 10, went to the Catholic church with the woman, slept through the service, went out to lunch at a pleasant restaurant in the park, came home and played some ping pong with the woman again, had a nap, did some work, and then checked BBAD just now. Not exactly movie plot stuff but it’s my life and I generally quite like it.

If it’s because I’m not being sensitive about Will going through a a dangerous experience, in my defense, Will isn’t worried about it.

Will is a big boy. I’m not worried for him. Whatever happens, he’ll deal with it. He’s made it further than either of us. That said, I wish him luck as I believe we all do. There’s new uncertainty in the path of the hurricane and Orlando is a possible target again.

Wow…Will thinks I’m in a perpetual state of PMS and yet, you seem irritated.

You’re reading me wrong. I am not irritated at all. Pleasant day, overall.

I have to get a project done for a new weird client I have but I should be able to finish by tomorrow. That’s a very minor source of stress, but I’m very confident I can finish so no real worries.

I also have an opportunity to possibly buy a unit in this conjunto (gated community) I’m living in. It’s not in any way certain but I’d give it a 50% chance the deal will go through. If he refuses my offer, I won’t counter. It’s a strange deal as the guy bought the unit two years ago and never finished it so it’s bare concrete in an otherwise totally finished building. I would have to totally finish it from the concrete walls out, which is bad in terms of work but good in terms of getting a unit I’d love. We’ll see if he agrees to my offer (which is very low). Here are some photos of the conjunto if you’re interested. You have to click the photo below to see the album. I’m currently renting here but I’d love to become an owner.

Again, no irritation or stresses to speak of. Life is good.

[80 new photos · Album by Reg Natarajan] My Home in Bello 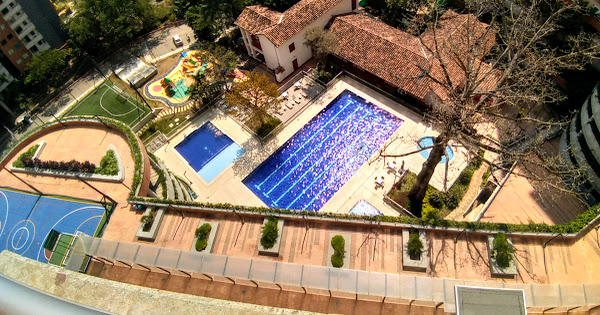 A song for Dorian

That’s gorgeous, Reg. It looks like a good investment. Good luck with getting the deal.

I have to ask, why didn’t the guy finish?