Another new topic about what you particularly do for a wrokout or training or what you plan on or want to do. Let’s not fill it up with a bunch of videos of other people doing their regimes or try to load it up excessively with one particular preference you have success/defeats/glory/envy in any proportion to one another.
Something you do in particular no matter if it is unique or millions of others do the same thing.

Reading is always best for me. Illustrations, photos, vid optional.

I don’t really work out. I life a few weights in the morning, and walk a few km every day. I talk about doing yoga but never do. When my wound heals, I’ll go swimming. Probably another 2 months.

Yeah been doing lion type workouts or just working out lions or working out of lions. It can be brutal. Yeah I understand how some people get upset when you talk to them in the middle of working out or approach them like you’re fat, are you my mom, oh you would never hurt me and everyone sees how vulnerbale and weak you look with poor judgement.

Meaning working out with a broken back and jaw amongst other things.

So I had made myself like a thick throw blanket trying to get heavy as possible holding all my bones together and allowing things to slide about a bit and not being worried about being called fat and wishing I was laying next to some pantera on their sides with their stomach clearing their feet by one inch.

All fine but even zodiac signs change. I do weights some but who doesn’t? So yesteray I did some broom workouts for form. I used a larger broom with a hollow metal end that had been bent,and roken/torn off leaving a very sharp edge that made me be mindful of my swing as well as a shorter smaller broom about 3 feet to the other 4. I wanted to be more isolated and unique in my swing and for me that means a power type swing. I swung like I was practicing for baseball with stickball gear but also like a barbarian. Meaning not lettng go with one hand at the end and leading for the base. I tried full sideways amd more facing feet heavily planted everything braced broom upright like holding a sword. This is the way I would swing holding a kettlebell weight inverted by the handles at the side around the head. A very heavy swing with the broom flat for wind resistance and allowing just enough give in my hands not to rip them open and returning to read position with the broom 90 degrees upright being held by both hands pulled back as far ass possible to grip just on the side of the chest muscle where it connects to the shoulder.
I swing not to impact something with great froce and accurace but to rip off the shoulder girdle and arms liek they are a a pair of coat hangers. Just repeated swings in one direction, switichign stances, and then swinging at slightly different angles and even back aorund the head the other way to open up new angles and arcs and allow true body expression.

I am not getting into somebody else’s swing for a more powerful swing, but getting a powerful swing from my poor one by workoing others out of it. It’s called being true to oneself.

With that note you must be very mindful swinging anything like a broom or otherwise you can easily hit yourself or cut yourself with either end. I would not look fur a tutorial. I would pick up anythign, find your most nautral or influenced swing and do it repetitive and follow natural flow and note your own errors, balances, slow or week points as well as fast andstrong points. Find what is unique or heavily influenced on you.

Good topic Mark. I don’t have much to add, but hopefully in the future.

Right now my workouts include shoveling, cleaning and cleaning cat throw up. I do yoga twice a week, which is more than most. I don’t really look at what other people are doing though.

Yes work like that makes you good at work. Work like that will kill your fitness. And if you think doing fitness is going to make you perform better at work like that you are in for a terrible disappointment.

I do a lot of fitness then do some work. Then it becomes functional fitness. Same thing by trying to do my work tasks like fitness. Very small gains in each and they kill big ones opposite each other. But that is what I try to do. Kill fitness with some simple training when I train and offload freeloaders at work with fitness.

My mother just sent me this on FB. 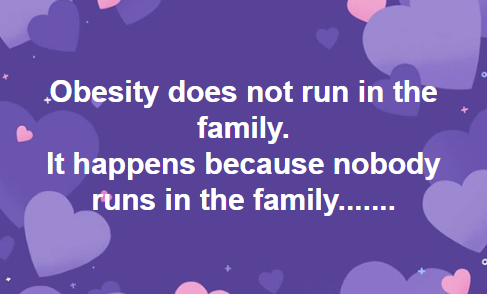 I worked out last night. First I took an aggressive seated posture and rolled up to the table. Flexing my biceps I did a Viking arm extension and took a firm grasp on the can. Then closely monitoring my Tibetan breathing pulses and gasps I turned the can toward the glass. I lift and pour, working on my accuracy. Slamming the can down I heave the glass toward my mouth. Like a dehydrated Aztec I slug it down then sit back forcing the gas from my belly out of my mouth like a thundering buffalo fart, rattling windows and knocking pictures from the wall. Now I rest like a Shaolin priest before going for my next set of reps. Good workout!

Did you learn that technique from Mark?

Yeah I used to hold glass pitchers with various grips even flipping them to the side like a kettlebell. I don’t drink like that anymore and my hair is coming back much greater. Enough beer chemo for me.

Swinging a stick is still a very good workout. I really recommend using a shorter broom or just the broom handle. Youwill find it very difficult to swing with broom whisks aligned like an axe and if you want to work on alignment in any swing this will help. A broom handle is optimal for somebodywith a stick frame. Itis like en extension. What feels good to me is when you have skill with some swinging object but your bodyjust feels better without it. If I really take my time with a very long warmup and stretching and pressure points foam rolling light weights and heavir weight I can get myamrms out to the point theyfeel like 2 pairs of nunchuks and two pr-24 or tonfa. The balance and pain free movement is wonderful.

Maybe you remember the endingof the first Terminator and the desperation you felt when the Terminator was being fended off with a metal pipe. It was still a good swing and a good display of fitness. You don’t swing everything the same. Maybe it is a twirling stick for some fire dance. A basebal or softball bat with a cushy knob and a hand to hand grip. A bokken or kendo sword with the hands spaced apart. You even hold different two handed axes different for cutting trees and wood. A spaced grip with no hand sliding or like a pickaxe sliding down the top hand. There is a difference between just trying to hit or tap something with a broomstick or handle without the weight. Maybe you just need to move some wires away a few inches.

A stick is good for just basic fitness and to torque out and balance a good fitness frame with repetitive movments . Yiu wil learn and possibly open up new angles.

I will maintain my aforementioned regimen. I am working out at this very moment.

No. Can lifts as described above.