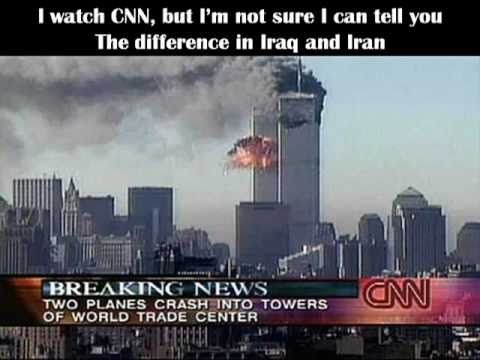 I was at work. I’d only had my job for less than 3 months. Way back then we used portable radios, so I randomly had it on. It could have been that I was busy working, but even when the second plane hit, it didn’t really come through well. I actually went to the gym after work and talked like it was a regular day. I found out the significance when I got home after taking to some people.

I was in Calgary. I didn’t have a TV and the internet was down so I ran to the nearest mall to watch one. There was a crowd around every TV but people made room. They were already talking about how this was probably a set up so Bush could invade some hapless and helpless nation. We hoped it wouldn’t affect Canada and we wished the US would quit meddling in the middle east.

I was dating an American girl from Washington at the time. I asked her if she wanted to come to Canada until things settled but she didn’t. She had a kid which complicated things.

Now, 18 years later, the world is unrecognizable. Individual freedoms have been abandoned and there’s security everywhere. The police state transition is complete.

The police state transition is complete.

You are over-dramatizing the state of government affairs.

They were already talking about how this was probably a set up so Bush could invade some hapless and helpless nation.

A conspiracy? I guess this is another one I should buy into. As long as I don’t point any fingers at the guiltless Left.

You are over-dramatizing the state of government affairs.

We now live in a world where a Tweet deemed offensive can end your career and ability to provide for your family. Where we are all used to being searched and scanned on a regular basis. Where the accusation that you were sexually inappropriate 30 years ago can destroy your life. I don’t think I’m over-dramatizing it at all.

We now live in a world where a Tweet deemed offensive can end your career and ability to provide for your family.

You can thank the hate-filled intolerant Left for that.

I love that Budweiser only aired that commercial once. Such a touching tribute.

I was asleep and my radio-alarm turned on. I remember the DJ’s voice choked with tears and couldn’t speak. I stood up and walked to the balcony over looking the living room. My parents had the TV on and as I was watching the 2nd air plane struck the 2nd tower. I remember asking why are they watching such a terrible movie so early in the morning (this was out of character for them as they are very picky what films they see.)

When they told me it wasn’t a movie but live television I was shocked. I couldn’t believe what had happened. And then the towers fell. 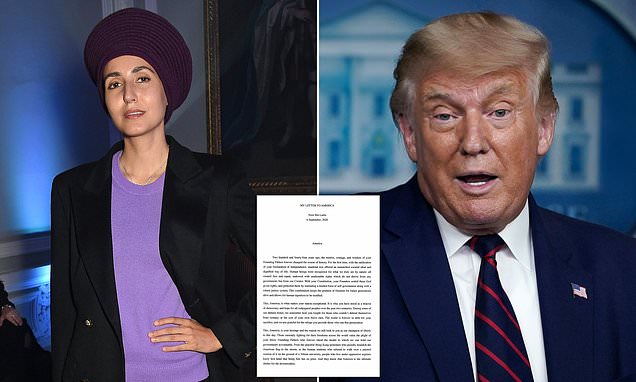 Noor bin Ladin, 33, threw her support behind the US President in a letter written on September 6 and uploaded to her website ahead of the US presidential elections in November

‘You have much to cherish and protect for your sake, and ours.’

I was curious about what people in Twitter thought about this letter. I didn’t read many comments since most were negative a everyone was speculating what her motive was. I admit, it did make me think about who she was and why she would write this letter. Was she baiting us in some way? If she was, it’s not worse than how the world has baited us. That’s our fault for not being awake to our political surroundings. All I can do is judge her letter because I can’t judge her based on a terrorist attack. I found it to be truthful and awe-inspiring and would love to hear it read aloud, preferably in New York, next year because monetary value of 2.3 trillion dollars was placed on 2996 souls when all the gold in the world can’t reveal the hidden value of each individual soul. 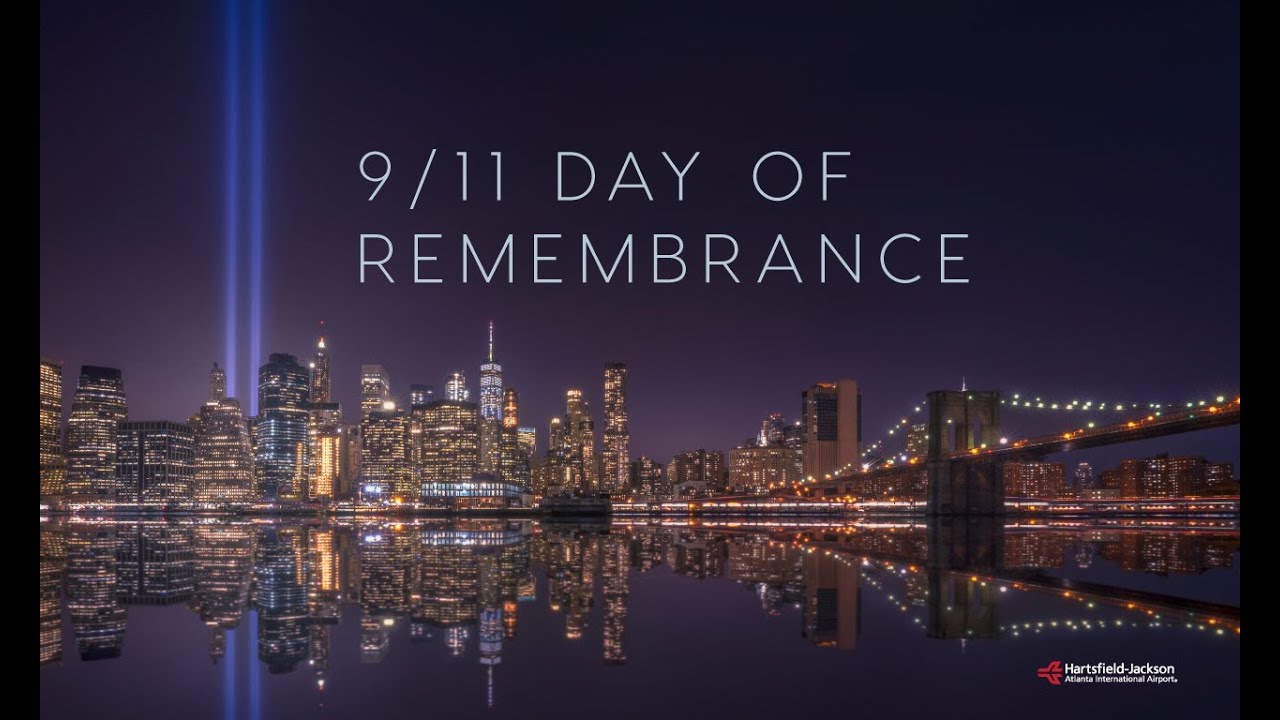 AE911Truth is a nonprofit organization that represents more than 3,000 architects and engineers who are calling for a new investigation into the destruction of the World Trade Center Twin Towers and Building 7 on 9/11. 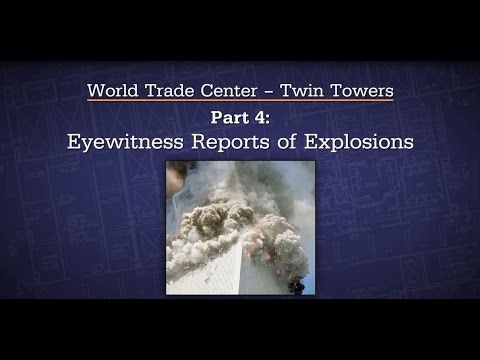 This one is more recent. I assume you were at ground zero this exact time as well? 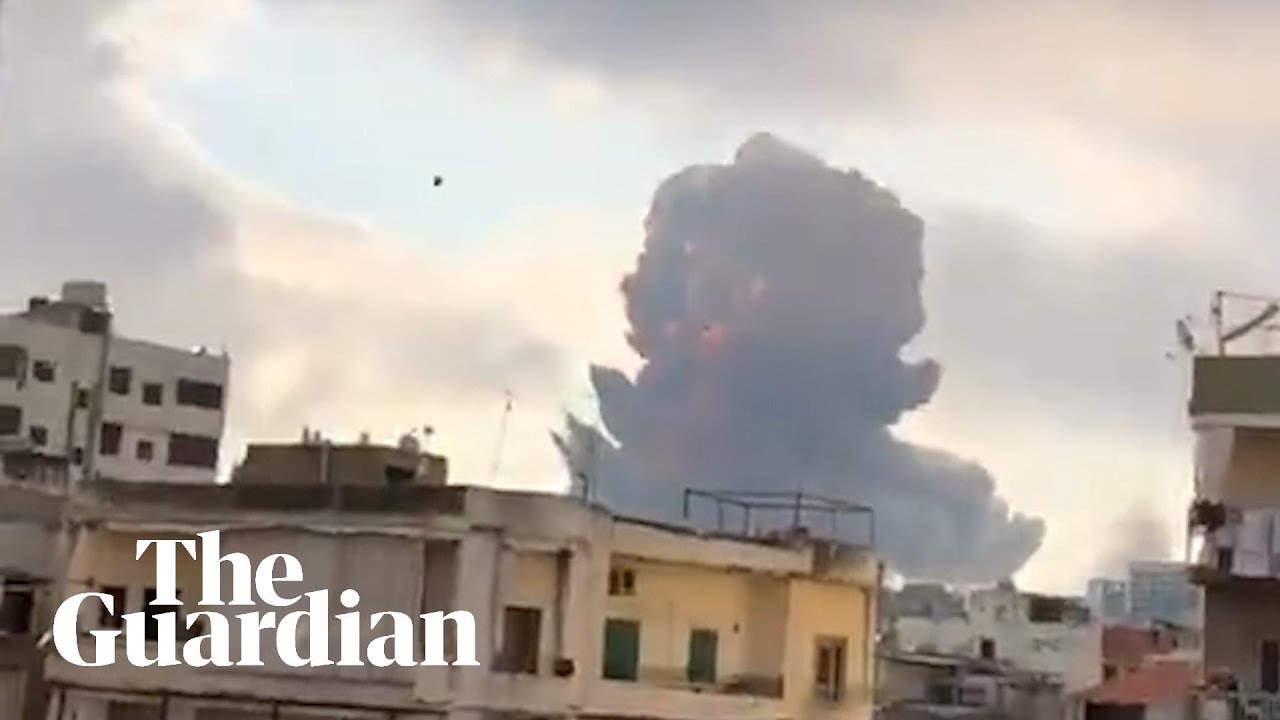 You have relatives in the armed forces currently serving and having served during recent conflicts?

Many people lost their lives that day. You still never crossed the threshold to actual life.

That implies you have, which I find fascinating and I think you should share what and where that threshold of life is.