To serve and protect

we are all responsible for our own actions unless they start

lol just teasing you as always 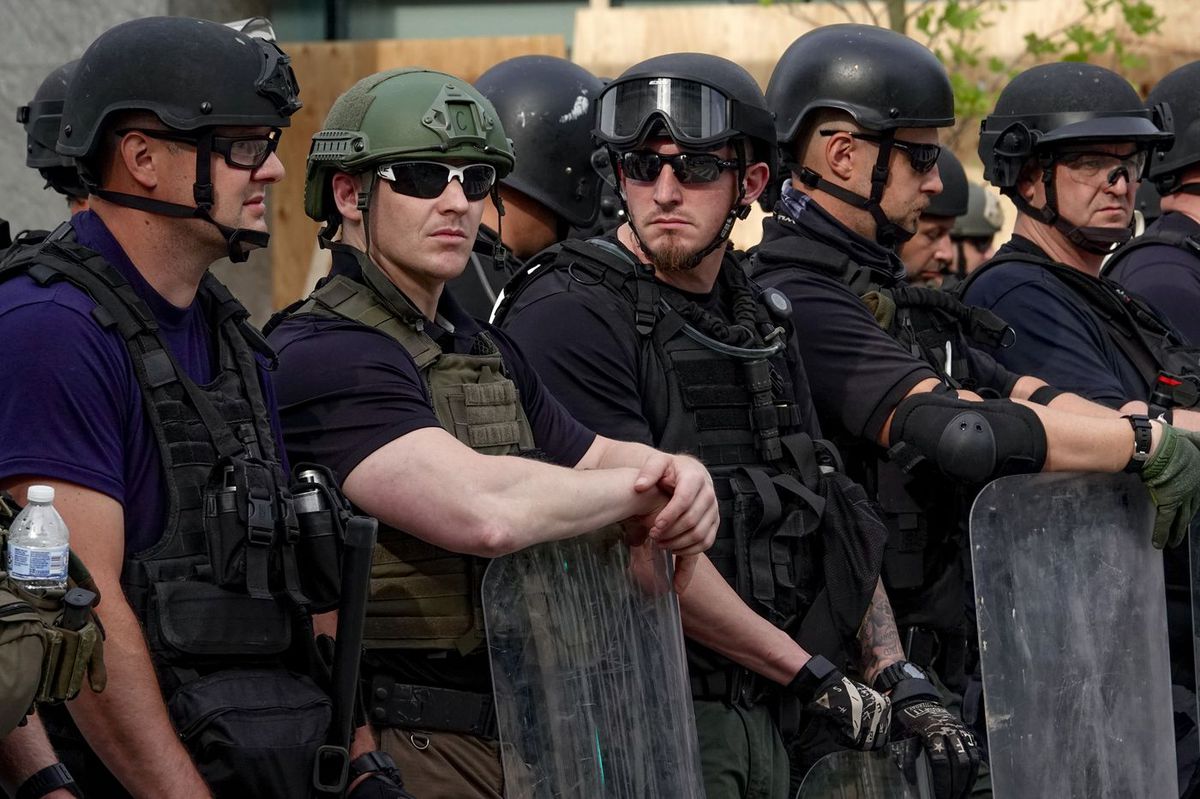 D.C. residents have been confronted with a number of heavily armed law enforcement officers with no discernible affiliation or personal identities.

“The idea that the federal government is putting law enforcement personnel on the line without appropriate designation of agency, name, etc. — that’s a direct contradiction of the oversight that they’ve been providing for many years to local police and demanding in all of their various monitorships and accreditation,” former New York City police commissioner William Bratton said in a phone interview with The Washington Post on Wednesday.

The prospect of government agencies involved in policing the city seeking to obscure their identities, Bratton said, was “very concerning.”

I just got a call from “The Committee for Police Officers Defense”. Asking for money for cops harmed by the “War on Cops”. Of course the caller couldn’t answer any questions. Another scam. “War on Cops”? lol

I’m glad you can laugh at that
The treatment of drafted veterans is one of USA biggest scars. The fact they would use the term war so loosely to a veteran is totally ridiculous. I’m not a veteran but I’m glad I didn’t pick up the phone. It was nice you actually picked up, lol.

I pick up sometimes just to question them and give them hell. There is satisfaction in that.

Phoning people up to beg for money should be illegal. Put your crap online complete with your registered charity ID numbers for whatever country you’re in along with a physical address and phone number. It’s silly that spam is illegal but phone harassment isn’t.

Such wise words, coming from a black male.

A relatively unknown white man killed by an officer of the law in a similar style as George Floyd. There were no consequences or real media coverage, probably because he was crazy.

because he was white?! lol i think its because the poor guy was acting crazy and resisted so most people will think the cops were justified

That’s what I meant and the higher authorities obviously agreed.

Ever wonder what happened to the dumbass jocks in high school? They became cops.

There’s no comparison between a cop killing a crazy man threatening them and resisting and a cop murdering a restrained man by kneeling on his neck.

Police sambo is the solution. That and police sumo.