The Decline And Fall of the Human Race

Kazakh bodybuilder's 'marriage' to sex doll girlfriend on hold because of...

Kazakh bodybuilder Yuri Tolochko has revealed his planned nuptials with sex-doll fiancee Margo have fallen victim to the coronavirus pandemic. Yes, you read that right.

Really, Reg? Is this the best you could do?

detention camps
racially motivated public policy
massive rallies and blind eyes
fuck biden and fuck moving forward together united unified as one
these people were trying to kill me
in four more years, they might have
they’re out in the open now
let’s kill them before they get to the woodwork

Invite the world and make Republicans pay for it.

The awakening. Trust the plan.

fuck biden and fuck moving forward together united unified as one

these people were trying to kill me

You were wearing a target.

in four more years, they might have
they’re out in the open now

let’s kill them before they get to the woodwork

Let’s kill them with the woodwork.

that’s the first post from ish that made sense

That’s because it appears to be empty.

that’s the first post from ish that made sense

I can’t post any more gifs. I think I am GIF-banned

thanks for explaining
it nice to have an expert on empty

It’s nice you recognized empty early. You’ve done this before haven’t you.

now quote each sentence and say the opposite
one trick pony

Anything else would require thought and I’m empty.

You sound like a pronoun and that is not a compliment.

​Progress: Every Sesame Street Character Will Now Wear A Label On Their Forehead Indicating Their Race READ: https://j.mp/3FmB6mf | Download Our App @AreWeAllBeingPlayed

UN report finds nine out of 10 countries have fallen behind on life expectancy, education and living standards. 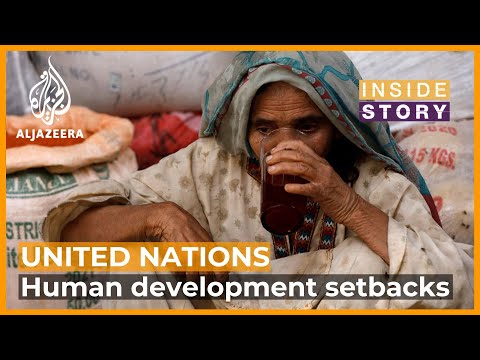 Isn’t that part of the globalist plan?

The world population just hit 8 billion. More than half are in

Out of those countries, which would you like to live in the least? It’s a tough call but I’d go with Indonesia.

I think my order would go…

I have not heard much good about brasil, but i like everyone I’ve ever met from there and I used to work at dunkin donuts, so that’s a lot. For some reason, Massachusetts has a large Brazilian population.

I think my order would go…

I put China last, mostly because I don’t think I’d have any freedom to post crap on the Internet which I am used to doing. I would like to visit China again though. I added suicide as an option as well. I put it behind Indonesia only because I think life in Bali might be ok. I would put suicide ahead of living in Jakarta.