should people that believe space aliens are watching us and controlling us be allowed to vote?
i mean jesus the christ my personal lord and savior is watching and wants me to vote?
either one
it’s the same question
santa 2020
make america cookies again

Mark, I admit I said fat people shouldn’t be allowed to vote, and intuitively that still makes sense to me, but I did adjust my opinion as follows afterwards:

I’ve changed my mind. Fat people would be allowed to vote as follows. If I were king of the world, I would set up a system.

There would be a test to assess knowledge and intelligence. It would include questions about history, civics, politics, math, science, chemistry, literature and other topics. It would also include some problem-solving questions. There would also be a physical test including weight and BMI measurements among other things. Everyone would take these tests if they wanted to participate, from voters to candidates.

A candidate’s scores would be shown on every ballot so voters would know if the candidate was a moron or fat or both.

it’s from the declaration
the constitution has a more perfect union, and electoral votes from slave populations( 3/5)
trust a fucking canuckian to get that wrong

This looks good for you Reggie. The bags are tested for 14 french and above g foods. I don’t know how they taste but it looks not only that they worked on color and nutrition but good flavor as well. It might allow you to spit up a bit.

Each meal contains 1 serving fruits & vegetables * No gluten * No dairy *No nuts *No added sugar *No soy *No corn *No artificial ingredients 100% real food meals for kids and adults with feeding tubes. Ready to use for bolus (syringe)...

Did you shop food tubes on Amazon?

Please don’t talk to me unless you did.

I don’t care. Don’t talk to me until you get change all your eating to food tubes.

it’s from the declaration

I don’t care at all about your constitution, declaration or bible. At least belief in Santa used to get me presents once a year when I was a kid.

This looks good for you Reggie.

No it doesn’t. It looks effing disgusting. Buy vegetables. Put them in a pot. Cook them. Eat them.

No it doesn’t. It looks effing disgusting. Buy vegetables. Put them in a pot. Cook them. Eat them.

You can’t do that.
You have too much fat and you are too weak.

You can’t do that.

And yet I did it. I added shrimp today, and a bit of soy sauce. It was great.

should morons be allowed to vote?

in case you were wondering, i get to decide who is or isn’t a moron

No one wonders. You’re pretty predictable.

i have a simple test
come the revolution, you will be taking it

What’s a revolution? Nothing you would understand. Now do you spell that with one t or two? Ignore morons. Yay! No test fir me. Morons don’t take tests.

I voted no because I don’t think Reggie should be allowed to vote. He clearly stated in the poll: No, if they can’t control their eating, they can’t make political decisions.

He can change the rules if they aren’t fitting into his agenda. He’s flexible to himself that way.

Look at his neck. The guy has a problem every mealtime and he makes a decision based on his self importance in relevance to others.

Decisions are all he can make. Don’t take that away from him, Mark.

If I get labeled fat I lose my vote. Do I have a problem eating where I have to put a potentially life threatening food blockage issue off on somebody else every time I want to be propped up a table and push food to my mouth?
No.

I think I’ll go have some brittle. Want some? Only 1000 calories per bite.

when i was five, santa creeped me out

then when i was ten, god creeped me out

10 seconds later you creep me out again.

good, being everywhere all the time
judging, always judging

I know. Where is Gods sense of humor. Do you think maybe he just doesn’t like you?

and my parents started to creep me out.

They tried to enlist you in the military to fight that awful war didn’t they. Which one was it? The Revolution?

that they are endowed by their Creator with certain unalienable Rights, that among these are Life, Liberty and the pursuit of Happiness. According to globalists, liberty is moot, unless it’s their liberty.

So is your system, Silly.

Mark, I admit I said fat people shouldn’t be allowed to vote, and intuitively that still makes sense to me, but I did adjust my opinion as follows afterwards:

You’re going to have to adjust a great deal more if you want participation in such a silly game. Otherwise, you may be playing with yourself, which I hear, is not out of the norm.

Buy vegetables. Put them in a pot. Cook them. Eat them.

It does sound uneventful doesn’t it. No love. Must be effortless cooking. I’ll have to try that. I bet you burn a lot of food though. Probably walk away and forget. I would probably have to add extra onion to flavor your food.

I bet you burn a lot of food though. Probably walk away and forget.

Don’t be silly. I say “hey google, set an alarm for 30 min” and then go type crap on the internet. 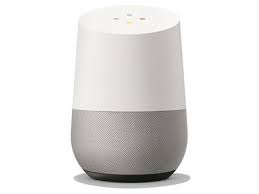 And yet I did it. I added shrimp today, and a bit of soy sauce. It was great.

Did you devein it first? Some people don’t like to eat shrimp until it’s been deveined. I always devein my shrimp before I eat it. It gives me the illusion that it’s clean when we both know it’s not clean at all. We know that because you told me that once. I remember. You said…

Get those feeding tubes Reggie. Or else.

It is an abomination unto the Lord.

Leviticus 11:12 Whatsoever hath no fins nor scales in the waters, that shall be an abomination unto you.

Not being a Christian, I don’t care at all.

That’s right. You are unashamed about your insulin injections and blood sugar test kits even at restaurants.

Get those feeding tubes and those prepared special meals.

Don’t wait until you disgust somebody at the table and get karate chopped across the throat.

They should be allowed to vote, but I’m guessing we wouldn’t have trump as president if they weren’t.

That’s right. You are unashamed about your insulin injections and blood sugar test kits even at restaurants.

While it is true I have never been ashamed of insulin injections, even at restaurants (they took 10 seconds and I did them through my shirt – the overwhelming majority of people never even noticed), it is also true that I haven’t injected insulin for 2 years. I eat healthy and don’t consume starch. My blood sugar is nearly normal.

Not being a Christian, I don’t care at all.

We know. You say that about a lot of things in life.

He is 6 feet tall and weighs 300 pounds. He should be easy to find