For those of us who still read I urge you to buy this book - “On Tyranny” Twenty lessons from the twentieth century - by Timothy Snyder. Less than $7 on Amazon and a best seller. A small book (127 pages) and very engaging and easy to read. It looks at our current political situation in historical terms. I hope you give it a try.

If it’s about Trump, I’ve heard the same bs so long I could write my own book on Tyranny.

I would love to read it. Put up or shut up.

You think you go find the coffee maker?

Lord knows I try to help.

You have a funny way of going about it.

I had to look this thread up as it was created during my year of social distancing and I was considering starting a new one.

Reading has been difficult for me as far as keeping interest. This pertains to some works I have been reading that do not particularly hold interest well or read very well. Some of the works have been very popular, but not written in the english language and I read them as translations, which may have been the contributor. My reading is getting better as far as getting satisfaction from reading and having new material and stories flow much smoother. I still read books on exercise, martial arts, comic books without end, instruction manuals etc.

I’m doing a good portion of my reading on my old black and white nook. Particularly for the reason that is black and white and very simple and good for a few demonstrative photos with instruction. It is small which is good so I can’t just slam a large page of text in a blink to tell myself I am more intelligent. It still reads like a small paperbook and I can burn throughinteresting stories or chapters like a candle flame. Sometimes it seems it takes an impossible degree just to extract meaning or understanding, but that is improving with me.

I just finished reading Victor Hugo’s The Hunchback of Notre Dame which was written published in 1831 originally in French. Several chapters have paragraphs in French and quotes in Latin by deacons and other clergy members. It was very difficult reading these, at one point the language seemed to break and the narration seemed to be almost in a very common cajun style. I almost felt my eyes wanting to cry at the end for no other reason than being those of the monster’s and unable to fix a stare that wasn’t so offensive. I remember the same feel as a very young reader, feeling such unexplained sadness from reading another french story The Red Balloon and I am not sure if the book was written after the movie as i read the book and watched the movie. I remember the sudden disbelief when the balloon finally was no more and heat behind my eyes which seemed to water not due to emotion but as if they were being melted in the sockets.

Back to Hugo. The book was torturous to read at times especially dealing with the lower class gypsy folk and their tribunals and customs and ways. It is from a different time during Louis XI’s rule, so I’m sure everything fit perfect with life and justice and such cruelty and harsh punishments were the only things that feeling to the populace which seemed as cold and stone faced at tiems as the work of cathedrals.

There was excitement at Quasimodo’s lone defense above high stone walls against a marching group, but always the sadness of never being able to be truly with the young girl he loves (16 and I think Quasimodo is 20) due to circumstance, rejections, complications and overall just being a hideous malformed human being.

Why I chose this book and what upset me. I rememeber an older photo of my mother from somewhere in Europe where the image is a bit blurred and she is standing on the second level of stone structure in an archway. The photo really jumped out at me and I don’t know if I can still find it and am willing to share it. Her image is blurred and the person looks twice the width yet the same height and the fashion clothes at the time look like a heaped upon rag garment. The face almost appeared to move up and down as if laughing when I saw the picture. The hair was an orange red almost like fire in shape. I don’t have any details on the picture but I think it is one of those things where people tell you to stand to make it appear you are holding up a tower etc or falling off a balcony or defying gravity.

The girl Esmerelda int he story meets her mother finally in prison. The mother had supernatural strength enough to heave stone and rip out the iron bars of the prison as mother’s do. I thought it was Quasimodo in disguise. It seemed out of place mentioning it as mother’s having this strenth as mother’s normally do when it comes to dire situations and their children. Later she powerfully attacked the guard’s with her hair being described as bright red lion’s mane.

My mother’s scoliosis has progressed somewhat in her aging, yet she is still alive and doing considerbaly more housework, driving, shopping, cooking than most women her age.

This seemed like a curse to me. It seemed like the first written mention of Stephen King’s It

I did read Mein Kampf over the summer and that took me some time as if you have read the autobiography you know it doesn’t read very easy. It makes it easier to read and have a reader’s voice though after going through the trouble.

I did read Mein Kampf over the summer

Interesting choices, Mark. I haven’t read either of those. Why did you choose them?

No you didn’t, Mark. You told us your findings (which were interesting btw) but you didn’t say why you chose those books over any other books.

Because they are European in origin.

Because they are European in origin.

An unusual reason. There’s a lot of European literature out there so, if you enjoyed them, you’ll have many choices for future reading.

I used to enjoy a lot of European lit when I still read books, which was decades ago now. I never made it through Dostoevsky or Tolstoy, and I barely got started with James Joyce before giving up, but Thomas Hardy and Jane Austen were always favorites. I loved Jules Verne and H.G. Wells, of course. I think most boys do growing up, or did back when boys still read books.

These days I don’t read fiction.

The reading finally broke for me. Just like putting pressure on a glass plate, it suddenly shifted into gear and the processing and coherency and recall and synergy of it worked.

We don’t read at the same level. You want a superior intellect to “read through you” and make you appear intelligent, well educated, interested in finer things of life like reat literature etc.

You are always looking for opportunity to dump a ton of workload. Just like Will and Michele. Find out what I am reading and then try and burn out my minds’ gears with superfical dumping to give you free reading. Will does it with his work, Michele with her stocks and money scams. I doubt either of those tow and yourself can even stand up by their own power or even read by themselves.

I don’t even think you know how to actually read. I believe you just look at words and wait and suffocate and starve somebody who does.

You do it like you do those chess boards head on collisons.

You three think you are smart, but you will be smarting.

You may be right.

books are tree corpses… stop holding the dead babies of trees in your filthy hands!

I think most book paper is taken from adult trees. I did buy a couple of anatomy books I will review later after I have read them. My reading retention is getting somewhat better. Nontextbook fictional reading reading has greatly improved for me. I just finished the entire collection of the original Conan the Barbarian series of books from the 1930’s by Robert E. Howard. 20 stories (some being longer than others) over 1700 pages and 360K words, but on my nook it was 997 pages.
I have been staying up all night reading these stories the past few weeks and dman sometimes I was reading awful fast and hard as they came back like when I first picked up a comic book and recognized the same energy. It takes some time to understand some of the different areas of civilization and savage areas and races and trying to somehow relate them to races of today. I was purposely stopping short and slowing down so these wouldn’t end. I’m a bit sad I admit they did, and in awe of the countless adventures the Cimmerian had where just one is enough for a lifetime. There is something much more a barbarian than most would estimate even if it is in comparison to sorcerers and supernatural spirits and beasts. The language really puts you in ancient times and even on some other earth. Pulse pounding action and very sensually and grotesquely descriptive. Nothing overly descriptive in terms of sexuality but a very strong sense of it, more than you might find in any other source.

I read on my nook and have anolder nook in just black and white, I did not want anything else because the black and white would help to focus and it does even reading books with photo plates, photos and illustrations. No illustrations in this collection set though. There are several other Conan series from different authors, but they just seem recycled words to me right now. Maybe in a year or two or ten I might read them with the same interest I did these

My nook with some books in my current reading lineup. I still don’t have mastery over all the features, but using it is becoming more familiar and making reading easier not makingit more difficult as it was prior. One trick learned to make the book read different is text size and margin and line spacing. When I want to read terribly hard I use small text and no spacing or margin and the works seems much more complex. Sometimes I use large text spacing and margins and the work seems more like something I would have checked out in the juvenile section of a library as a youth. It seems more empty and head clearing and I can have more space to dream with a big imagination. 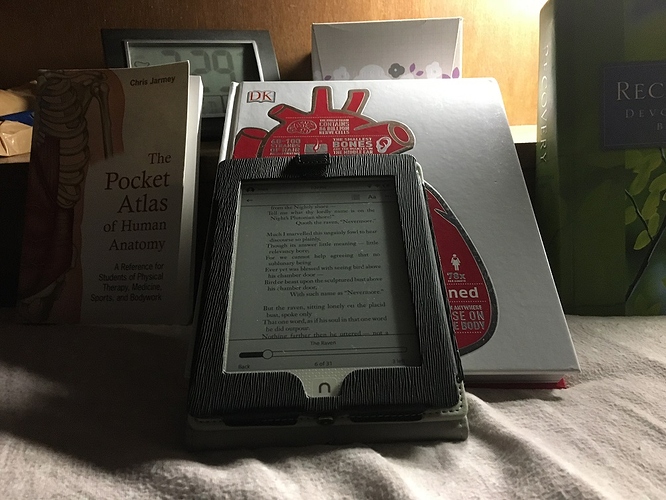 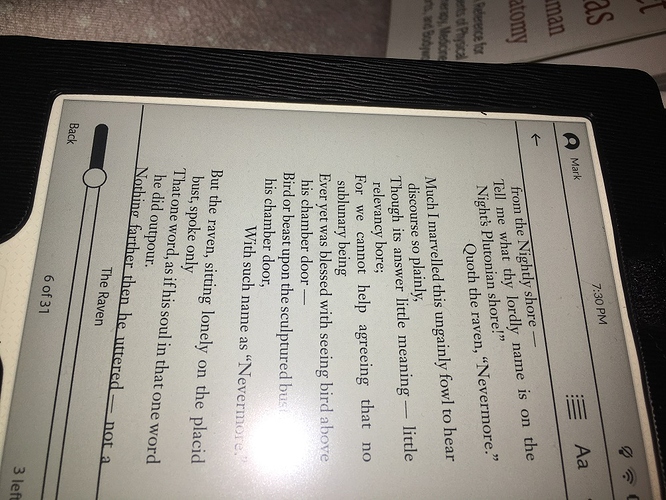 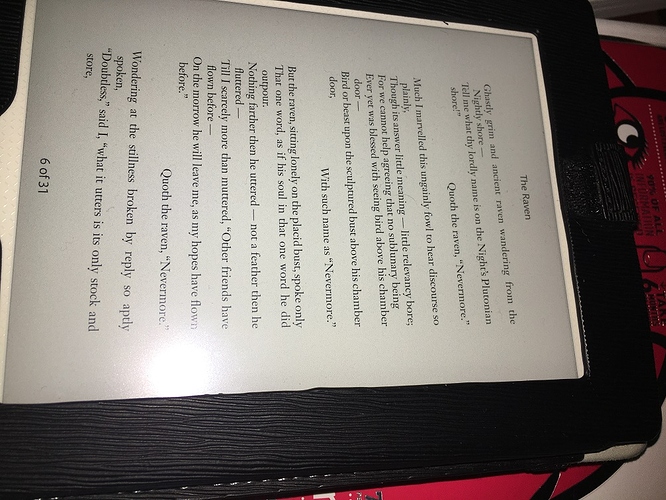 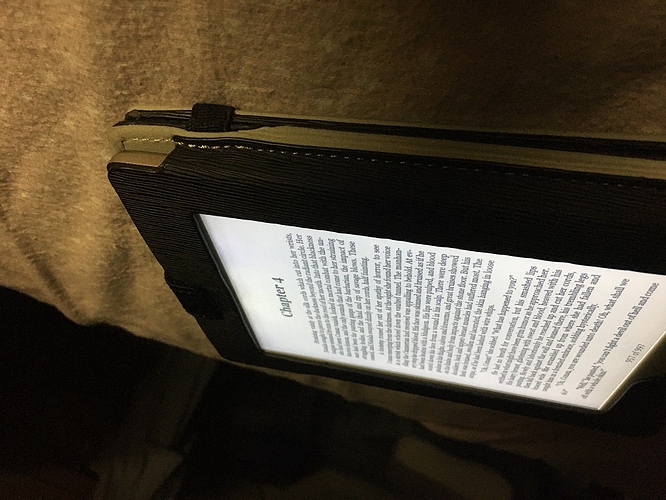 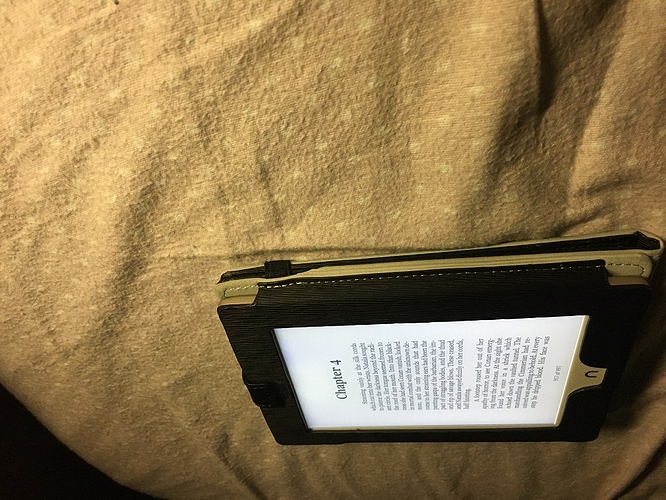