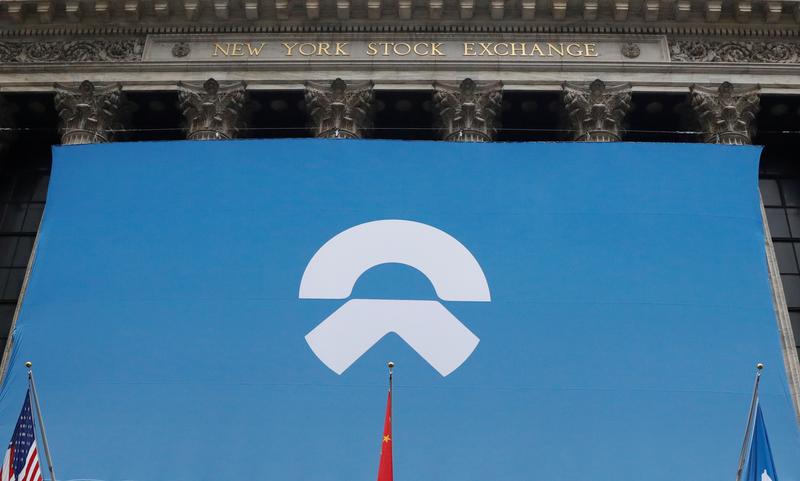 So many threads you can’t open.

Woe is me. I’ll have to find other means of entertainment.

Maybe you could start going to church again.

Only if you go with.

Oh thank goodness. I was afraid you were going to take me up on that offer and it’s holy ground so I was concerned.

It’s holy ground yet they let you in?

They haven’t kicked me out.

Gulp* 4.11 i’m shocked this has surpassed my greatest expectation for a one day gain.

While NIO’s stock is up 133% over the past three months, it remains one of the riskier auto stocks in the market. Furthermore, it seems fairly clear the company needs capital, and investors should keep an eye out for possible announcements of a financing deal. If the company can secure reasonable capital, successfully accelerate sales of its EVs, and cut costs, it’ll go a long way to persuading investors that 2019 was only a speed bump on its way to a bright future.

It’s still down 50% from when she bought. It has to double again just to get back to level.

Dec.29 – The head of NIO Inc. pledged an improvement in the struggling Chinese electric-car maker’s finances as demand picks up and the company’s cost-cutting efforts start to bear fruit. Meanwhile, its rival Tesla Inc. will start delivering China-built cars on Monday, a major milestone for Elon Musk’s company as it expands in the world’s largest electric-vehicle market. Selina Wang reports on “Bloomberg Daybreak: Asia.”

As promising as it sounds, i’ve been advised to cut my losses, sell my stock and get out.

I have no advice for you. I might be the worst stock investor of all time. Every company I’ve invested in has gone bankrupt except for Google.

Tesla stock is way up after a few bad quarters. I think they will do well but I’m not sure I’ll see autonomous driving as a normal thing in my lifetime. Which is what he says the purpose of his cars is.

I’ve been thinkingaboutmystock. Dusty gave me some really sound advice when we first started day trading. He told me the only way I would permanently lose on a piece of stock would be if I sold it. I’ve lost a lot already. I’ve been holding it so long I don’t even really pay that much attention to it. I do check it every day to see my gain/loss for the day but I still have faith that NIO will continue to reduce their debt and build a strong enterprise. It took Tesla years to get where they are today and NIO is a big company so I have decided to hold this stock. Wish me luck. It has given me a headache more than once.

I have decided to hold this stock. Wish me luck.

Good luck, Michele. You are being foolish and stubborn, which are good traits for a Christian to have. At least I’m in no position to mock you over it as I have lost on almost every stock I ever purchased.