Spent a totally pointless afternoon with Isa in Parque Botero. Had lunch at a wonderful vegetarian restaurant we’ve gotten addicted to. I despised Medellin when we first moved here but it’s really growing on me. I’m not deluded about it. It’s nowhere near as nice as most Canadian cities. I’m finding that I don’t care, though. I just feel very alive here, more so than anywhere else I’ve been. Maybe this could become home. 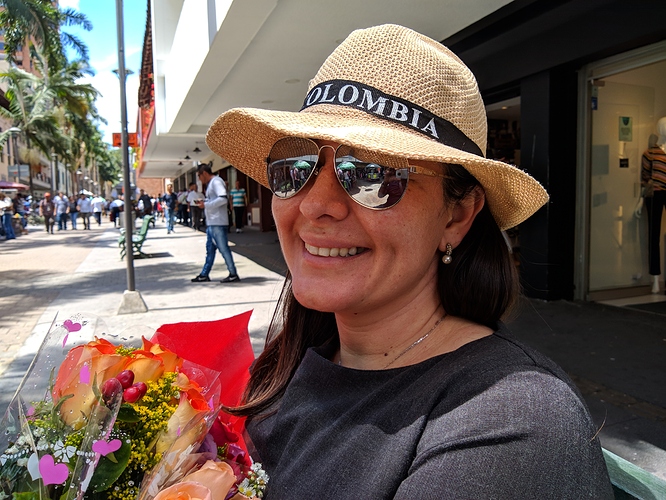 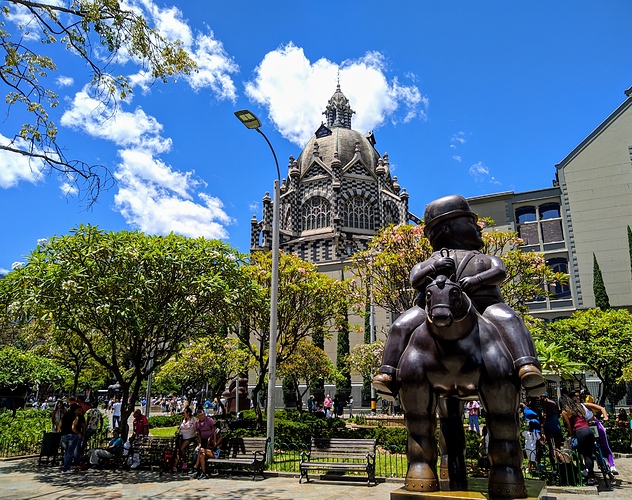 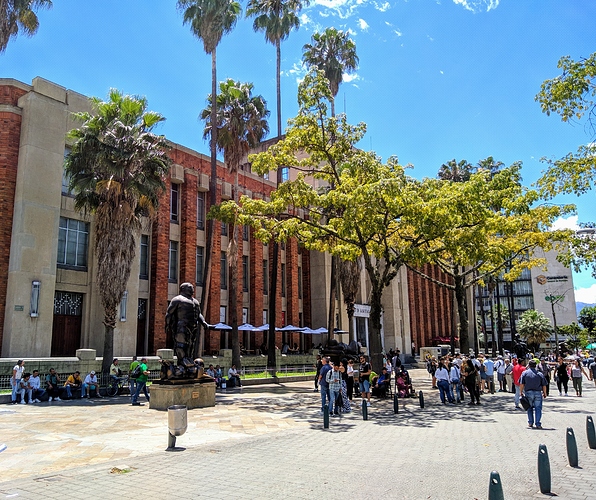 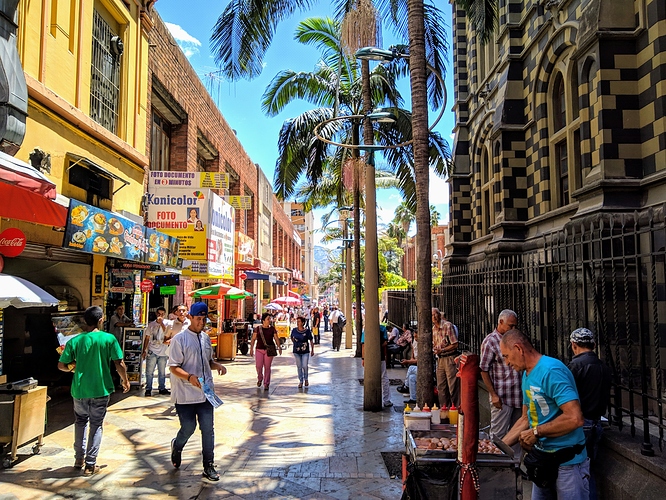 Looks pretty good to me. Do you ever eat the street food?

Do you ever eat the street food?

Sometimes but food isn’t the reason to come to South America. It’s generally very boring. This may be a reason why obesity is so much less prevalent here.

Someone on FB asked me why I despised Medellin when I first came here. This was my response:

Oh, a thousand reasons. The air is often unbreathable. The streets are dirty and there’s graffiti everywhere. Everything is convoluted and ten times harder than it needs to be. The poverty is very much in your face here. You can’t eat a meal in peace without beggars coming to your table, usually several times. I spend time around Parque Bolivar three times a week and I have to literally step over bodies constantly to get where I’m going. I disgust myself because I can now do that with no emotion at all, whereas a few months ago I would at least be shocked that a fellow human being’s story had led him to such a level of degradation that he now lies unconscious on a sidewalk covered in filth. You can’t walk three blocks without smelling human urine. I’m over it, though. Medellin has forced me to reflect on what’s important and what’s not. In the west, we build these beautiful, safe, pristine cities and all anyone wants to do is wait for their 3 weeks of vacation so they can go somewhere less civilized. We have money, health, safety and comfort and yet we’re depressed and take drugs for everything including that depression. In Medellin, I’ve lost some weight, have far more energy and I just love life. I look forward to every new day and I smile and say buenas tardes to just about everyone. I don’t in Canada. Don’t get me wrong, I love my country, but I just feel more alive here.

That’s lovely, Reg. Perhaps you have found your home. (At your age, it’s about time.)

If my health holds out, I still hope to spend a few years in Europe. Home is where the high speed internet is.

Home is the place where, when you have to go there, they have to take you in.

What is the temp there Reg? After 12PM today I spent the day inside. It was 40C with humidity. I’m glad I don’t have that weather every day.

It’s almost always about 25° or 26°C here. It goes as high as 29°C and as low as 23°C, but that’s rare. Call it 78°F ish. Because we’re close to the equator, there’s very little temperature variance year round. I can barely survive in the 40°C weather you’ve got.

We included central air with the house which was 2000 dollars total, or 6 dollars a month over 360 months. It’s good for resale though. Especially with climate change.

I’m looking into getting a whole house generator in anticipation of power outages as the heat gets worse and hurricane season is coming. It’s expensive - $5- 7000. Plus fuel. I can no longer tolerate extremely high temps.

We included central air with the house which was 2000 dollars total, or 6 dollars a month over 360 months. It’s good for resale though. Especially with climate change.

I bet you’re glad you did right about now.

I have often thought that a generator would be a good investment if I owned a house. Then again, in Colombia, there is little threat of extreme weather.

Btw, re generators, one good option is natural gas. The units are quieter and easier to install than diesel, and you don’t have to worry about refueling. Of course if both power and gas go out, you’re screwed, but that almost never happens.

Unfortunately we have no city wide gas system here. If we did I would. It will be propane for me. I have a friend who owns several properties and has generators on all of them. He told me that unless you use the gas a lot and are not a regular customer, you naturally go down the wait list for refills.

I considered getting a natural gas outdoor grill. I was gifted a cheapo propane grill. If the thing is garbage in 5 years, I will consider a natural grill. They do seem quite immobile obviously. Nice to not worry about running out of propane.

I was wondering how many days/weeks you would need to run an A/C where you live.

I have central air. I set it for 74f. I have not turned it off because of the cat. If it is less than 80 outside it never clicks on. If I come inside and it is over 80 out, it feels like i walked into a walk in fridge at first. At least for 5 seconds. It feels way cooler than 74. At first I thought my electric bill would be high, but it is so efficient. It is not. $52 in May. $74 in June.