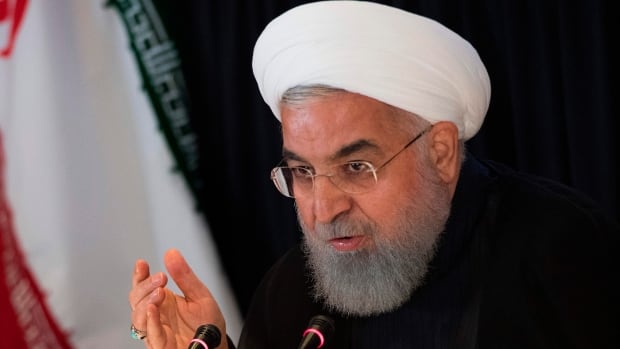 Iran says it will defy tough sanctions reimposed by Washington, dismissing as "economic war" the U.S. drive to curb Tehran's missile and nuclear programs and diminish its influence in the Middle East.

“Iran is a much different country than it was when I took office,” said Trump. “They wanted to take over the whole Middle East. Right now they just want to survive.”

Hmmm, I wasn’t expecting to read that.

So they just want to survive and don’t threaten anyone else, but the US is not just leaving the deal that keeps them peaceful but is further pressuring them to wage war. Are you tired of winning yet?

Are you tired of winning yet?

I’ll be tired of winning when you get comfortable losing.

The truth comes out and even thought this guy has to die, he will go down in American history books as a hero. 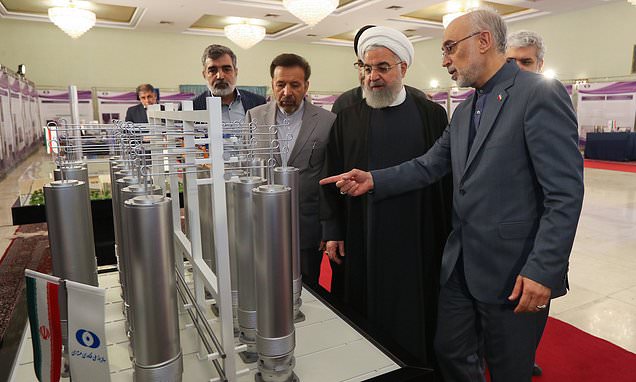 Iran said it has sentenced a prisoner to death for spying on its nuclear program for the CIA. A judiciary spokesman said the alleged spy had passed information about its nuclear capabilities.


He has saved the world by his selfless sacrifice for the world. I for one am incredibly thankful.
thinkingaboutit February 4, 2020, 1:45pm #6

iran will get their nuclear weapons because they feel that americans are forcing them; when they do have these weapons they believe the middle east will be safe from american invasions and they are probably very right about that

iran will get their nuclear weapons because they feel that americans are forcing them; when they do have these weapons they believe the middle east will be safe from american invasions and they are probably very right about that

For once I agree with you completely. Look at Pakistan. They do worse stuff than the Iranians ever did but nobody dares mess with them because they know they’ll go up in a radioactive glow.

Look at Pakistan. They do worse stuff than the Iranians ever did but nobody dares mess with them

Look at India. Totally capable of dealing with Pakistan but too busy assaulting their women.

Totally capable of dealing with Pakistan? What are you on about? If India attacked Pakistan on any kind of scale, New Delhi would glow in the dark for 10000 years.

They do indeed. That’s the thing about nuclear weapons. It doesn’t matter if you have them if your opponent also has them. You can’t win a war with a nuclear armed state.

That’s why NK wants them so badly. They quite rightly fear another insane US invasion. The fact that they’ve never done jack to the US in their history doesn’t matter. The right wing crusader lunatics in the US feel they have the right to invade anywhere they feel like invading, so nations like NK and Iran want to defend themselves.

It’s honestly a shame because half of the US is made up of the best people you’ll find anywhere who would never harm anyone. Then there are the Republicans.

I’m so sorry, Reg. I wasn’t aware of an American invasion of Iran or NK. It must have been a devastating experience for you.

No, I didn’t suggest the US had invaded either nation. I said they fear another insane US invasion, like the ones in Iraq, Afghanistan, Panama, Grenada, Vietnam, Yugoslavia, Laos, Cambodia, Somalia, Libya and so on. Given this history, and given current sabre rattling by the US, they quite reasonably want to protect themselves.

Do note, I don’t defend either regime and wish their people would kill their leaders, but a US invasion would be another disaster in either case.

Perhaps they will bond over sushi and kill the gay leaders of the world.

the leaders of our world will eat and drink anything they want while they continue their shady deals buying/selling weapons to/from eachother; partying and making money while convincing their hungry people to fight wars and die for them to keep the vicious circle going

Their hungry people could go to church and be filled but people keep tearing them down.