Hold my beer and watch this

you’ve read 300 meters
there’s a picture
i’ve been there
the picture is accurate
the scale of the buildings is
never mind
who you gonna believe
me or your lying eyes
jesus christ reg
look at the picture
these are giant buildings close to each other
i don’t care if it’s a mile
if people stood that close and were that big
it would be called a menage a trois
you want me to hit a 100 foot steel reinforced piece of lumber but you forget to scale up the dowel
you think a prewar bomber is the equivalent of a 747
do you know what fuel each used?
you think a building built to withstand the force of gravity won’t submit to that force when the members resisting it fail
i just can’t believe the earth is round
it seems so flat to me
some people say it is

Whether it’s 300 meters or 30 meters is completely irrelevant. How did the building collapse into a neat little pile without any significant impact whatsoever? All the other buildings just as close were fine.

By the way, I’ve also been there. I’ve had meetings in one of the buildings that fell. This gives me no insight whatsoever into what happened, and I doubt your visits have given you any. Either way, try to stay on topic. How did a building that didn’t get hit by a plane fall into a neat little pile in its own footprint? This has never happened before in the long history of skyscrapers.

All the other buildings in the area were fine and are actually still standing now.

The supports in Building 7 did not melt. The fires were on the first few floors and could not possibly have melted the steel supports throughout the 47 floors of the building. 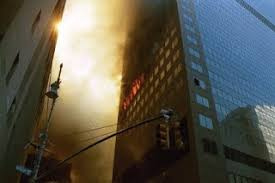 Just look at that picture. The building was fine aside from a few minor fires. And we’re supposed to believe that it just fell into a neat little pile into its own footprint because of those fires.

1400 professional architects and engineers signed a written declaration that it was physically impossible for fires to have brought down Building 7.

Minor detail of no importance: the planes were 767s, not 747s. The one that hit the Pentagon was a 757. Another hijacked 757 crashed before hitting its target.

The strikes on the big towers were the equivalent of taking your pine structure and shooting a gun through the middle (a plane flying at 500 mph being the rough equivalent of a bullet to your proposed structure). Imagine what would happen if you shot that pine structure. It might fall over. It might break in two. There’s no way it would fall in a neat little pile into its own footprint.

I’ll stipulate the two big towers were unusual cases with the planes striking them. I still think the government story is nonsense but I’m willing to set those two aside for now. The third tower was just obviously a controlled demolition.

On this we agree: Wikipedia has no answers that satisfy me. Neither does anyone else that I’ve seen.

You notice a zig-zag pattern on the crumbling building?

You expect me to keep my mouth silent on this discourse, but without words I’ll be making more noise than the both of you.

You know it does. It really does.

I will not be denied Park Bench

I clearly missed that. Louisiana to Maine? Good to hear from you. Can’t remember if you crushed me in chess. Probably. 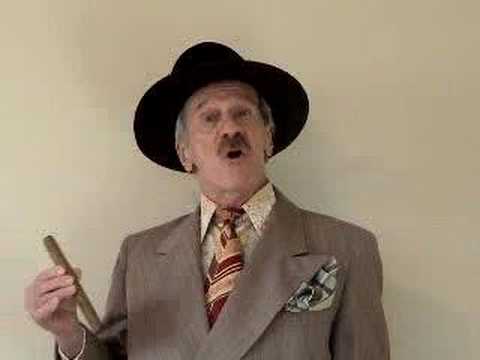 in plenty of cities across europe during wwII, entire blocks were destroyed by aerial bombardment, save for that one miraculously left standing
george bush the elder served in aviation in world war two
i wonder if he was in on it

Old man Bush left his copilot trapped in the plane while he bailed out.

Old man Bush left his copilot trapped in the plane while he bailed out.

Is that true? I had no idea of that. I never liked him.

Of course he denied it. Said the guy was already dead.

Bill, is this just one of those stay away it’s a white thing you handle better on your own?

That’s the reason I think a lot of disappearances are so successful. Self worth appraisal by like.

It’s not like we have the life expectancy of the dark ages or medieval period with the plague running rampant.

You are playing the race card Bill, I did notice. I suppose it’s not my business.