Cop gets manslaughter charge for killing black man in his home

Manslaughter seems correct from the little I’ve read. She’s lucky she wasn’t the black citizen and is a white cop instead. Either way I think manslaughter is correct and just because if she was a black citizen, she’d probably get the death penalty doesn’t mean she should as a white cop. Sad story for all. I guess she got off on the wrong floor and his door was unlocked and dark inside so she didn’t realize it was the wrong apartment. Told him to get out of her apartment and he didn’t so she killed him.

According to neighbors she is lying. If that is the case, murder would be the correct charge.

Your first post is all that I have read about it. I guess the grand jury will decide the charge.

Yes. They need to talk to the neighbors who said she was knocking and yelling from the hallway to open the door, which is different than an ajar door. Without knowing anything else I believe the neighbors
Why would he leave his door ajar?

I read about this. It’s a sad story. It really appears to be a mistake with no malice.

I’m with Dan on this one. The neighbors heard pounding on door and shouting to be let in.

I didn’t know those other details. Obviously if that’s true, she’s as guilty as hell. I can’t see any motive but life is complicated and she might have one.

To get air circulation. I think during heatwaves when you hear of several people dying in their units it is because they are intimidated to shut the door or window.

Here is the latest on this case. 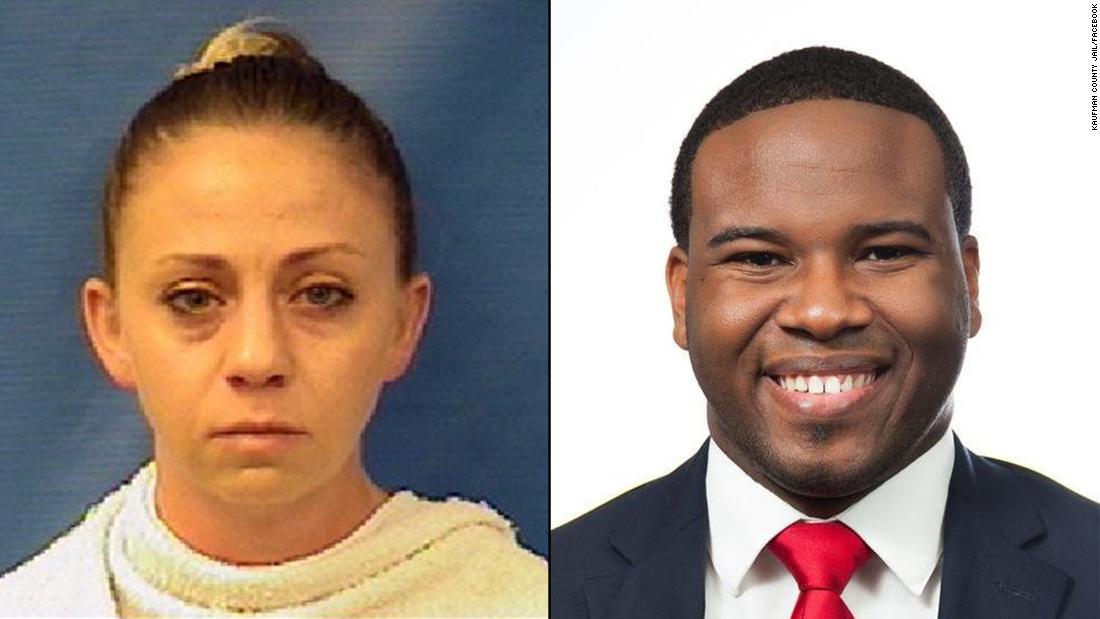 Dallas police officer realized she was in the wrong apartment when she turned on...

Dallas police officer Amber Guyger says she shot and killed Botham Shem Jean after she thought she was entering her own apartment, not realizing she was on the wrong floor. Guyger stands charged with manslaughter.

Maybe, pescatarian.
You speak from the heartburn, what did you eat for breakfast or just before you posted?

Even if the officer makes a mistake, you still have to comply with instructions given. My sister who has been both a social worker and attorney was drawn on with weapons by several armed officers, might have been SWAT as I have to ask the details while in the backseat of her bosses car with his daughter going to a work assignment. She complied but later filed a complaint as the three persons in the vehicle matched nothing of the suspect description. They were totally unaware and a gun was even pointed at the young girl in the backseat.
They were looking for an armed and dangerous suspect traveling alone that matched nothng of the description.

You have to wonder if they had history of heated words. Oh nevermind! Family says he did not know her. So why murder, Dan?

She complied but later filed a complaint as the three persons in the vehicle matched nothing of the suspect description.

Good for her. I hope she wins.

This was over a decade ago. She wasn’t looking for any monetary compensation or court ruling. She just got a very serious, concerned, and sympathetic interview.

The door being ajar.

How did she get in if it wasn’t already open?