Now Piñera is accused of torture. This is getting seriously ugly. 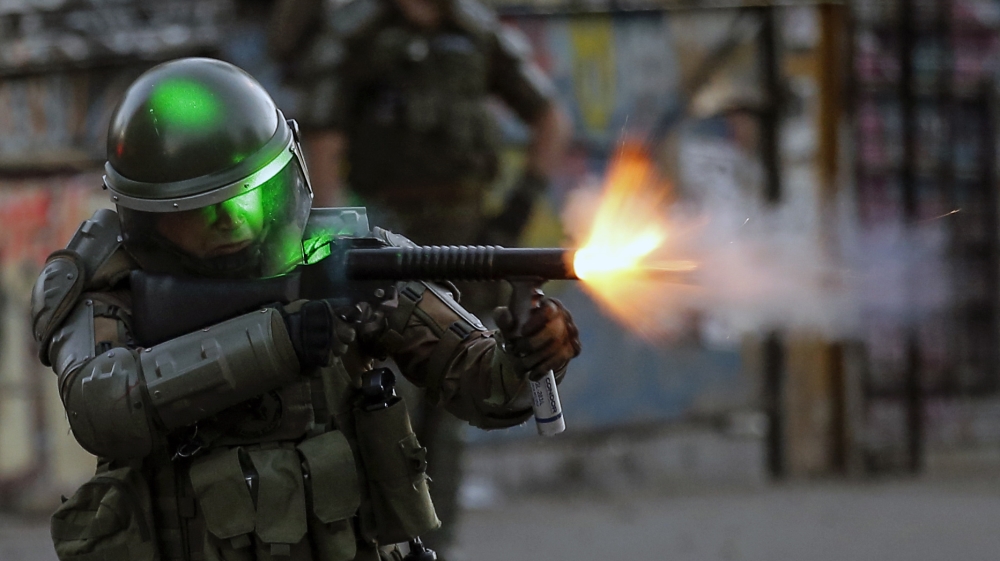 The US isn’t unique at all not caring about others.

Speaking of this, it’s interesting that my woman is far more interested in Evo Morales being dumped as president of Bolivia than she is in the Trump impeachment. She’s following every development on Morales but only asks me every few days if Trump has been impeached yet. She knows who the prime minister of Canada is but doesn’t care aside from agreeing with me that his decision to allow an oil pipeline through Vancouver is stupid.

I thought the pipeline was the only thing on the Trump agenda that you supported. Why the about face? Do you only support a pipeline of it goes through someone else’s front yard?

Trump is pro vaccination. Probably his best view. That could change in the next hour, though.

I thought the pipeline was the only thing on the Trump agenda that you supported. Why the about face? Do you only support a pipeline of it goes through someone else’s front yard?

In the US, I felt both the Keystone and Dakota Access pipelines were good ideas because neither goes through a major city and the cost and inconvenience of cleaning up a spill would be outweighed by the advantage of the US getting off middle eastern oil in my opinion.

Here in Canada, I supported the Northern Gateway pipeline in BC which took Alberta oil across Canada’s north to the pacific because it didn’t go through any major cities and made economic sense to me. A spill would have affected largely unpopulated areas. Even though this pipeline went through my province, I was for it.

This new pipeline (the Trans Mountain) goes right through several cities including the most pristine areas of Vancouver like Stanley Park which is simply insanity to me. A spill would cost countless billions and would ruin some of Canada’s (and the world’s) prettiest areas. Pipelines are all about risk/reward. Here is the area that would be affected by a spill in the Trans Mountain pipeline. A tanker a day would go right under that bridge on the far right. I say screw that.

Es verdad. Chile started something big. The protests have been going on in Colombia since Nov 21. I don’t know how it is in Chile but it is absurd in Colombia to see so many rich while others can’t afford food. Rich people park their Mercedes and then have to step over poor people sleeping on the street. Isa made me promise we’d move from Medellín when we return to Colombia because it’s full of Venezuelan refugees. I am totally on the side of the poor. I’m usually not for the death penalty but I have to admit that hanging a few people for corruption might do some good.

In Chile it started on October 18.
People have the right to protest, there are many reasons to do so, but this has consequences. The dollar through the clouds, thousands were unemployed last Friday (more poverty), people take 3 hours to reach their homes because they destroyed the subway.
What we are living is surreal.

We live in developing countries. Some act of corruption is expected (I do not say that it is OKl) for the big investors to stay.

Once we are economically like Holland we can afford to imprison the corrupt.

Yes, I am also against the vandalism. Burning the subway in Santiago and the Transmilenio in Bogotá makes no sense and helps no one.

Chile is locking down again after a spike in new cases. If all countries react like this, we could be in for lockdown until next year.

Total lockdown for Chile capital after surge in virus cases

Santiago's total quarantine comes amid a resurgence in cases in the wealthier eastern areas of the city.

We are in a lockdown and cases aren’t going down at all. USA has 80000 deaths which was supposed to be by August. With quarantine, we are 3 months ahead of that. I would expect it to get much worse once we open up. I’m just curious if the rest of the country will be as awful as new England.

That’s interesting. I am seeing huge compliance here in Colombia. Admittedly I don’t go out much but I did the other day to go to the pharmacy and since we were out we stopped at the grocery store and absolutely everyone had masks on and maintained social distancing. This is particularly surprising given the total lack of respect for personal space that was the norm here before COVID-19.

Colombia is not as freedom-oriented as the US is, however. I don’t think any country is. Canada sure isn’t. This is often to the advantage of the US but sometimes it bites your nation in the ass, like letting people take AK-47s into schools and refusing to wear masks and socially distance.

Its been 2 days since lockdown. We have the luck of living in Colina, were there is plenty of space. With kids and locked at an appartment I would suicide.

Mark, you and Gunda always lose your mierda when Ferni drops by. What is it about her that triggers you both? Never mind, that was a rhetorical question.

No I don’t. Ice cream Reggie. Ice Cream that should have been mierda.

I need some asparagus to teach you a lesson about that. Besides you require third party assistance for every activity you want to engage in.

I’m looking not to get used. Ice cream mierda is not incentive to me or payment. It is an insult and drop off of unhealthy waste, I don’t care how you reconstitute yourself after sex or exercise or using the computer or showers etc.

You are offering replenishment and restoration.

Both Gunda and Ferni will never make a direct response to me.

Your conversation must be too simple or below them. Have you tried flossing first? Sometimes, if you let plaque build up on your teeth girls turn away. Jus’ sayin’