There’s an interesting phenomenon going on here in Medellín and, well, I’m in self isolation so I have too much time on my hands so I thought I’d share.

Medellín has horrible air quality. Not as bad as China or India but horrible. In general, Vancouver’s AQI numbers are under 50 and often under 20. Medellín has hovered between 50 and 100 on good days and is very often well over 100. Every now and then, it goes above 150 which is considered dangerous.

Lately, there are far fewer cars on the road due to the lockdown and a new law called pico y placa which forbids driving on certain days based on your plate number. It’s a way to ration car use. Anecdotally, there appear to be about half as many cars on the road these days.

Here’s the interesting thing. Pollution has gone up. It’s worse than ever. I have no explanation and neither does anyone else. Sometimes things are complex. 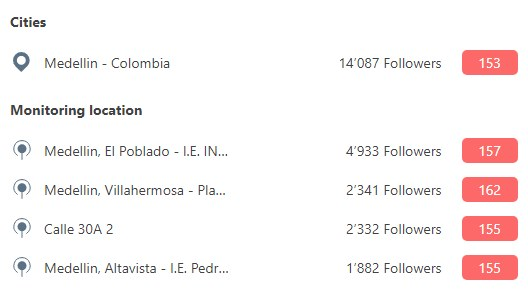 ah a population of 4 million so it cant be some guy named migranluna with his old smokey pickup truck causing that difference;)

None. No new dirty industry of any kind.

We were all expecting that here.

How polluted is the air today? Check out the real-time air pollution map, for more than 80 countries.

Yes, but Bogotá is having the same phenomenon. Half the cars, city under lockdown, and yet MORE pollution than before. It’s inexplicable.

I wonder if there is a temperature inversion there.

Be prepared with the most accurate 10-day forecast for with highs, lows, chance of precipitation from The Weather Channel and Weather.com

I wonder if there is a temperature inversion there.

It’s always between 25°C and 30°C here (roughly 77°F to 86°F). There are no home heaters in the country to speak of. Even in the colder regions near Bogotá, people just suck it up and use blankets. People cook with natural gas, which is very clean, too.

Heat travels away from its source and smoke away from the smoker.

People could be burning wood in fireplaces with all the stay at home boredom.

Waiting on my reel mower.

This should be the thread where the trump speeches go.

Today is showing the best air quality I’ve ever seen worldwide, at least in the five cities I monitor. Bello is the suburb of Medellín where I live. 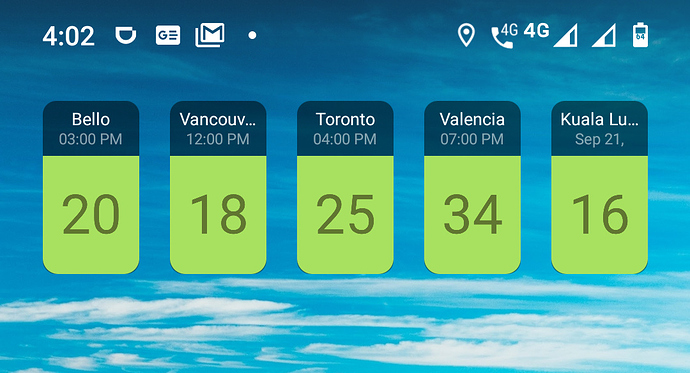 I can see how you could become dependent on that app. You are a lot smaller than I am, thus you sample a greatly less amount of air.

I can see how you could become dependent on that app.

No advertising - just all of the air quality information you want, in one place. Welcome to the first and only app to provide real-time and forecast air pollution and weather data for more than 10,000 cities around the world. Features: + Historical, Real-time, and Forecast Air Pollution Data that matters: detailed figures on key pollutants for more than 10,000+ cities in 80+ countries. + 7-day Air Pollution and Weather Forecasts: information to help you plan your outdoor activities. + Hea...

Now this is what it takes to make a city greener. I totally approve. 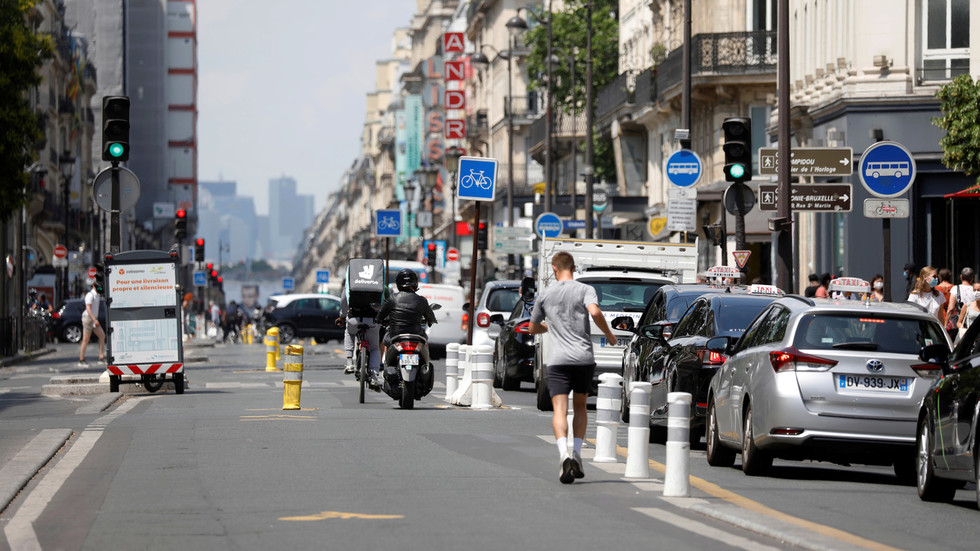 Speed limit to be reduced to that of horse wagon in almost ALL Paris streets...

Nearly all streets in the French capital will have a speed limit of 30 kph (18.6mph) by the end of summer, authorities have announced. Local drivers have already called the move “a disgrace.”