Will no one rent me a hard drive?

The extent to which the Islamic Republic of Iran provides covert assistance to radical Islamist groups employing terrorism and violence against states in the Middle East/Southwest Asia region is a controversial issue. This study takes an analytic approach to the topic to determine the degree to which linkages exist. The evidence examined was drawn exclusively from open sources. The author provides an analytic framework for both current and future analysis of the issue. Five specific conclusions about past, present, and impending Iranian sponsorship of radical Islamists conducting internal subversion activities in the region are deduced from the assessment of the evidence. Given the consistency in Tehran’s use of covert aggression as an instrument of foreign policy since the establishment of the Islamic Republic, there is little to indicate a change in this policy in the near term.

Bill, you obviously didn’t write that. It’s cogent and grammatically correct. If you’re going to copy other people’s stuff, it’s polite to attribute it. 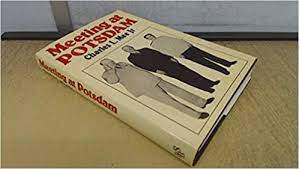 reggie
you missed your calling
you should have sold used cars instead of hard drives
82,000 people
in a tiny remote village in the High Andes
nine
i bet you had plumbing

white house trotted out a B-movie star
said school shootings are wrong
better approach might be to sit in a windowless utility closet
with NEW vinyl flooring!
and click on some stats

What you failed to observe is how important it makes him look when he walks on it but I don’t blame him for changing it from bright orange to gray. A definite improvement.