I CANT BELIEVE THIS SITE IS STILL AROUND. I DON’T EVEN REMEMBER MY OLD USERNAME.

I vaguely remember you I think. I didn’t like you at all if I recall correctly. Hopefully you’ve improved with a bit of age. I haven’t but that doesn’t mean you didn’t.

You probably didn’t like me at all, I know I was a douche.

At one point I was Missy’s BF, around 2006. I remember you though Reg. What happened with the chat? Is it still fairly active? One seemed empty and the other full of people speaking another language and linking scrotal images.

Most people are candidates for creative euthanasia in youth. I certainly was.

You were Melissa’s bf in real life or just online? I knew she went to live with Chappy but I didn’t know of any others in real life. She grew to hate me and I haven’t communicated with her for many years.

Chat is dead. Lithuanians took it over. I leave it running for them. I don’t care that their version of greeting people is to send them photos of themselves doing unnatural things with their pets.

I sold my business a few years ago and moved to South America (although I’m back in Canada for awhile right now). What are you up to these days?

I don’t remember you. I was BaldElvis in the old days.

I came before Chappy and generally came here in attempt to troll in all capslock. Melissa and I tried a relationship online several times, for several years before and even after Matt. I’d come here and would always try to get you to ban me or ‘censor’ me, but I don’t think you ever did. I was in school for engineering and I remember you owned a datacenter IIRC? Vancouver right? Melissa was always a good person, just lets her anger rule her at times, but who hasn’t?

I’m married to a Canadian now and I’ve been a registered nurse for about 5 years now, formerly critical care and now psychiatric.

South America eh? Quite a change, what took you out there? Love? Community? Climate?

I vaguely remember you as well, but I’m not sure how if your name was different. I don’t even remember my old names.

So what happened with engineering?

Interesting. I wonder how Melissa’s doing these days, but not enough to look her up. Just out of curiosity, did you know Kyaela and if so, do you know if she’s still alive?

I rarely ban anyone. Spammers, mostly. If someone came here and started scheduling assassinations (or anything else that could potentially get me personally in trouble), I’d ban them. That’s about it.

Yes, I had a data center in Vancouver. Good memory. Selling it was the best day of my life. The stress was more than I was equipped to handle.

Congratulations on the marriage! Psychiatric nursing can’t be easy.

When the data center was sold, I just wanted to piss off somewhere totally different and I’ve always had a thing for the Andes so I moved to a tiny village about 2 miles straight up in the High Andes. I could barely breathe at first but I got used to it over time. Now I’m toying with pissing off to Africa or Europe for a few years. Might as well live before I die.

Change of heart. Found that I just needed and enjoyed human connection. Found meaning in helping with the healing process.

Now I’m toying with pissing off to Africa or Europe for a few years. Might as well live before I die.

Beyond me why anyone would want to live in Africa.

Beyond me why anyone would want to live in Africa.

Capetown looks quite nice. South Africans are antisocial and irritating people so I should fit right in. That said, Barcelona is a more likely destination. 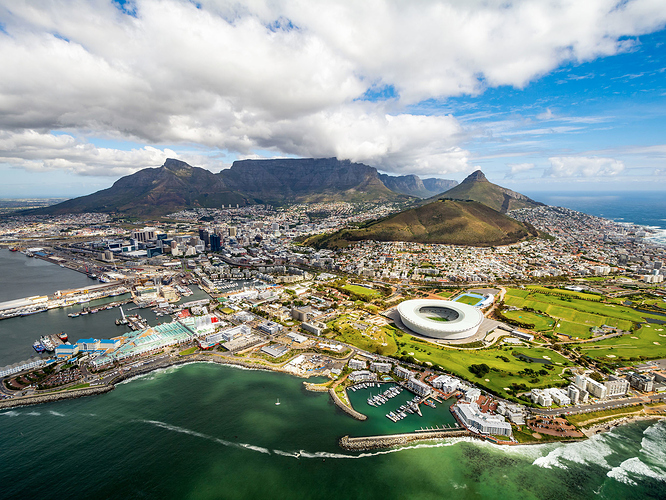 I’ve wondered myself. I hope she’s doing well, but I think our past is left best in the past.

I did know Kyaela and I used to talk to her on the phone. I lost contact with her around the last time I was here (2008?). I’d be curious to know how she is and where she ended up, maybe she went back to Hawaii?

Yeah I always appreciated your view on things, though I know I never admitted it then lol. You’d always appropriately challenge thoughts and beliefs, I thought. I’m glad you got away from the stressors of such a life.

Yes! I hope you do more travel! Europe would be awesome. Do you still know that German chick who used to hang out here? I forget her name. I’ve heard South Africa is actually pretty nice too.

I’ll be back later, need to get some stuff done. Particularly with figuring out my immigration to Canada. Good to speak with you both!

Do you still know that German chick who used to hang out here?

Gunda. She still comes here now and then. She hates me now, too. lol.

Nice running into you. Cheers.

I did know Kyaela and I used to talk to her on the phone. I lost contact with her around the last time I was here (2008?). I’d be curious to know how she is and where she ended up, maybe she went back to Hawaii?

I’m curious too. She intimated that her parents were well off but she was always in poverty. Som e kind of mental thing going on too.

She came by a few years ago. She was living in her car and had been homeless for years at that point. She was about to lose (or possibly had just lost) her job as a school bus driver after only a few weeks. She had serious mental issues, yes. I still haven’t fully forgiven her for calling the police on me (“Reg threatened to say my real name in the Internet chat room!!!”) but given the overall context (specifically her total lunacy) I can understand it.

Anyway, I hope she’s ok but I doubt she is. I think “alive” is the best one can hope for and my money would be against even that.

No. It freaked me out, though. I felt she had crossed a line by doing that, but again, she wasn’t all there so I need to remember that context. I sincerely hope she’s ok.

Who is ramrodicus? I’ve thought about it and I don’t know this person. Of course, one man’s thought is another man’s reality. Perhaps it will come to me later.