The Russians Are Coming

The one thing I don’t understand from either side is this endless antagonism of Russia.

A symbiotic relationship I think.

By the way, There seem to be more Russians pouring over our borders than Mexicans since his Orangeness was elected.

I’m ok with the Russians. Yes they have elected a dictator. Yes, they have less human rights than we do. The same is true for the Chinese, the Africans and dozens of others and I’m ok with all of them, too. I’m also ok with South Americans and Asians who have less human rights and corrupt governments. I’m even ok with Americans who have elected an insane obese orange blowhard who has a god complex and no moral compass.

It’s time we quit judging each other and treating each other like evil aliens. The Russians are no real threat to us no matter what Rachel Maddow and Mitt Romney say.

It has always been the Left who has decided when we are going to have peace in this country. I can tell you both, as long as Trump is in office, there will be no peace. But I’m not complaining, the next six years couldn’t possibly be as bad as the last six. And if they are, I for one, will keep silent until I can make my voice heard on Election Day through my vote for change.
The time to quit judging would have been on Election Day 2016.

It has always been the Left who has decided when we are going to have peace in this country.

I’m sorry I can’t let this go. I have to know, what is the difference between these men creating war for their own agenda and the agenda of the United Nations when they allowed Obama to invade Libya for the life of Maummer Gaddafi?

Thank you for the history lesson. You are justifying why a nation of nations can make a decision about one mans life but a nation of men are condemned for the same crime on a greater scale.
Thank you, Strawman! May I call you Strawman? Ok, thank you!

Let me get this straight. I noted a group of nations getting together to protect the people of that nation from a leader who was bombing them, and you cite moral equivalence to wars where villages of peasants were burned and entire cities were bombed flat?

You’re just totally blind, Michele. It is a waste of time talking to you about this. Enjoy your koolaid.

You know what the Bible says about the blind leading the blind, but I will try.
If a nation of nations use their authority to take the life of one man, how long before villages of peasants are burned and entire cities are bombed flat?

One does not lead to the other. Or did you think a group of nations getting together to kill Hitler was a bad idea, too?

Ghaddafi bombed his own people. He massacred thousands. It was a humanitarian crisis and the UN together passed a resolution to bomb his military positions. In retrospect, even that was an error and Libya is worse today than it was under Ghaddafi. That said, there is no comparison at all between that action and the war crimes committed by the world’s biggest terrorist network (the US military) in recent decades. They burned villages (and obviously villagers) alive and carpet bombed Fallujah to the ground, killing tens of thousands, knowing that it was 99% civilians in that city.

Must we discuss this further? Doesn’t the tasty koolaid beckon?

The Russians are coming again. They are supposed to be the enemy, remember? 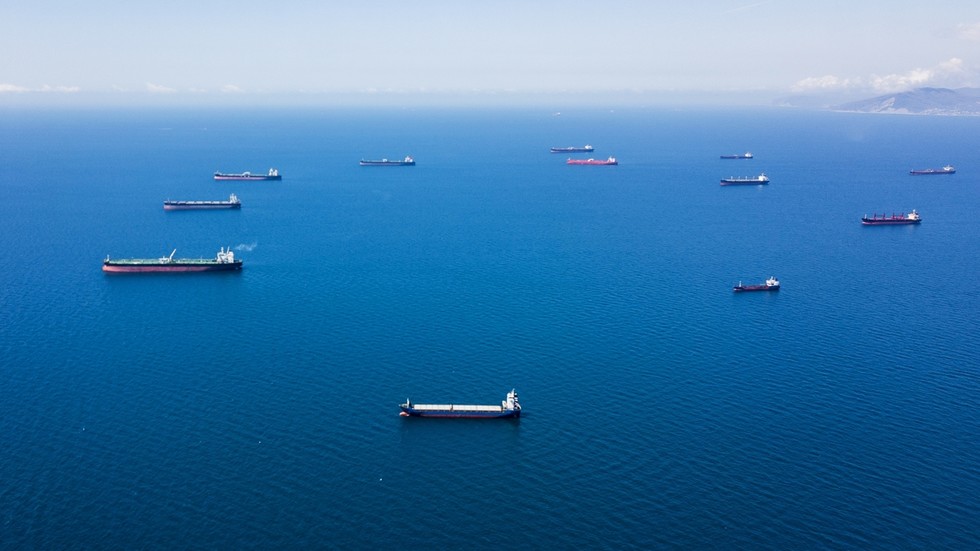 The US is reportedly getting ready to receive a bulk shipment of diesel from energy-rich Russia as Washington strives to cool down the fuel's retail price, which has recently hit its highest level since 2014.

what articles have you been clicking on?

so somebody who says ground invasion of vietnam in the same sentence as nixon has info on fossil fuel from russia
that we out-produce here
has good info on russian space-lasers lurking outside our congested ports?
i don’t think so

The problem I have with your post is that I can’t tell where your statement ends and your question begins. It all runs together.

Yes, it does. I certainly wouldn’t haven’t posted that if I didn’t believe it.

They are supposed to be the enemy, remember?

The problem I have with your post is that I can’t tell where your statement ends and your question begins. It all runs together.

The statement is before the comma. The question is after it.