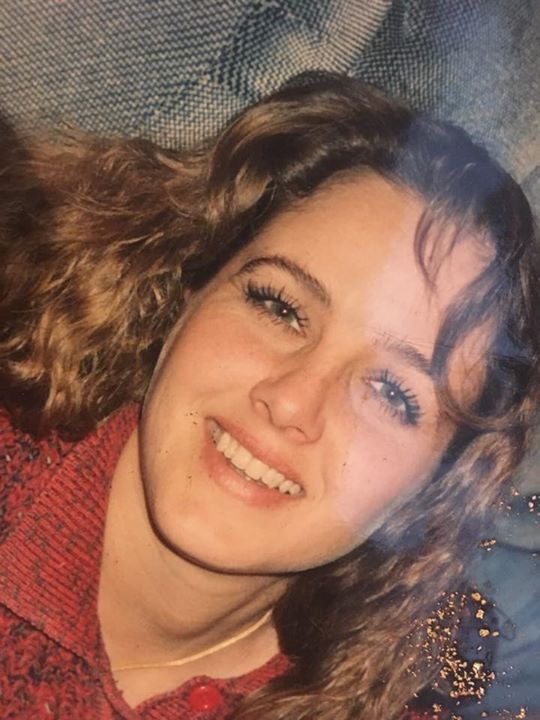 6CB9E546-B49A-4FD8-A123-336F7E8BD1C5.jpeg540×720 80 KB
Her name was Carla Dillard. He gave her multiple orgasms all over her house and then he raped her hard. He didn’t even have to strike her to weaken her fight against him. She was already pinned against the wall when he took her from both directions. She began to resist and say no but he only took her deeper which caused her to started screaming. He had no mercy at all and caused her bladder to collapse into her vagina. She ended up having mesh inserted to hold her bladder up. Then she got sick and began to throw up a lot. She couldn’t eat and she began to lose a pound or two every month. This went on for two years. I saw her two weeks before she passed away. She asked me to feel her lower stomach so I did and it felt like little marbles. She called me the day she died but I couldn’t understand her other than she was telling me about her concern for her boys and their survival. She was my best friend and Dustys first cousin. I knew her before I knew him. We could be away from each other for 6 months and when we saw each other, we immediately picked up where we left off. She was promiscuous and lived her life exactly the way she wanted. She knew the world judged her and she wasn’t without her faults but she never had a bad word to say about anyone.
She accepted Jesus as her Lord and Savior before she died. I am her witness.

His name is James Milner. Several years ago I heard his hands and feet we amputated after suffering from hypothermia from being stranded in frigid weather.

You perverts have a nice day.

She was promiscuous and lived her life exactly the way she wanted.

She accepted Jesus as her Lord and Savior before she died.

Last-minute repentance surely looks quite odd after a “promiscuous” life.
Nevertheless, I don’t wish anybody to be raped like that. Did they catch the negro intruder at least?

You perverts have a nice day.

Well, thanks. I am not a pervert, but I am a little hungry and would care for some Brandes. Is there any Brandes left for dinner, Mr. Meiwes? 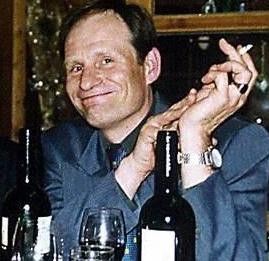 Last-minute repentance surely looks quite odd after a “promiscuous” life.

Not just odd but totally undeserving.

Did they catch the negro intruder at least?

He is Mexican and no she didn’t turn it in because of the circumstances surrounding the encounter.

Well, thanks. I am not a pervert

That’s one mans opinion and debatable.

Her story reminds me of Selin Gören, a kurdish “german” 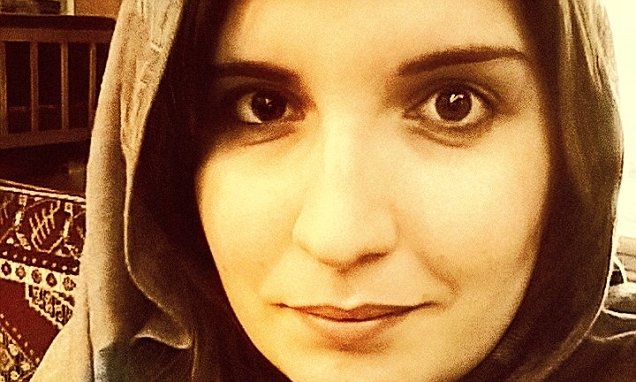 Selin Gören, the national spokeswoman of the left-wing youth movement Solid, was attacked by three men in January in the German city of Mannheim where she works as a refugee activist.

Sometimes the chickens DO come home to roost

Unrepentant till the end…
Yah’s wrath sometimes is bitter-sweet!

I’m sorry to hear about your friend, Michele.

Thanks. You would have loved her she was your type.

still defending them afterwards (left me stunned back then and made me wonder whether this story was true after all or hadn’t been a rape after all, but maybe a kurdish multicultural “tradition”, who knows these days…)

I can tell you have been reading your Quran.

[quote=“IshChadash, post:4, topic:909”]
Yah’s wrath sometimes is bitter-sweet! Are we talking about the same God? How is God’s wrath ever sweet?

Unrepentant till the end…

I can tell this irritates you but she had the same right to salvation as anyone else as long as she had a breath in her. Do you think she should burn in Hell for waiting until she knew she was dying to repent? Do you even know how insane that sounds? I hope you respond quickly.

Jeffrey Dahmer repented before he died. He must be in heaven, too. His homosexual victims that he killed and ate are in hell, however.

Did Dahmer tell you all that?

Did Dahmer tell you all that?

No, but his prison pastor, Roy Ratliff, talked to him constantly over a long period of time and was convinced of his sincerity. He was baptized in the name of Jesus Christ shortly before he died. By everything I have read in the Bible, Dahmer should go to heaven and the unrepentant sodomites he killed and ate should go to hell. God is just.

He Befriended a Serial Killer, and Opened the Door to God

Roy Ratcliff, minister of the Mandrake Road Church of Christ, continues to be identified as the man who baptized Jeffrey Dahmer.

By everything I have read in the Bible, Dahmer should go to heaven

the unrepentant sodomites he killed and ate should go to hell.

How do you come to that conclusion?

the unrepentant sodomites he killed and ate should go to hell

How do you come to that conclusion?

They were killed while engaging in sin. They couldn’t possibly have repented. They went from committing the sin of homosexuality to death with no time for repentance. Even if by some miracle one squeezed in a repentance, there were well over a dozen others and not all of them could have repented.

I don’t think that’s true. Hell is where people go when separated from God. Abel was murdered and God heard him crying out from the ground.

What hell is isn’t the question here. The questions are:

First, the Bible is clear on repentance:
https://bible.org/article/why-saving-faith-impossible-without-repentance

Second, there’s no possible way these men could have had time to repent honestly (complete with the personal reflection that involves) between their sins and their deaths.

Third, to me the Bible is clear. Dahmer is in Heaven and the victims he killed and ate are in Hell.

Fourth, God is an asshole.

interesting… i would think it only takes a second to repent so almost everyone goes to heaven?
(most people will believe/say/do anything when confronted with extreme fear or dead)

god is like an invisible pink flying elephant; a perfect excuse for people to judge others and feel powerful and better about themselves

I urgently urge you to remove your 4th point for your soul’s sake. You have a soul, Reg, or are you…

Can a person be saved without honest repentance for their sins?

This is true, no saving grace without proper repentance. When Jesus tells us to listen to him (“my sheep hear my voice”), in the original meaning this means obey. In hebrew: hear=obey.
One should always imagine “obey” when the bible speaks of “hear”/“follow”

I can tell you have been reading your Quran.

BS. I haven’t touched a quran for a year now.
Understanding of rape largely depends on the cultural background.
In the bible it is commonly accepted by god that ancient Israel “took wifes” from defeated enemies in war-times. The women weren’t AFAIK asked before the act. In western context, this could be considered as “rape”. Of course, it was’t necessarily intended to harm them, they had been mere loot.

Hell, in Scandinavian countries everything is rape now if you can’t show a waterproof written contract of mutual consent to sexual acts even if both are married. Didn’t Julian Assange of Wikileaks get in trouble with Scandinavian law because of things like that?

In case of the wild kurdistan “german” left-wing loon, I still imagine whether a cousin of hers or whatever relative didn’t fill out the appropriate form sheet or didn’t bring enough goats to the tribe gathering to buy her out, who knows their affairs…, so she, having been contaminated with western lefty liberal idiology, sconced “rape” upon em. A possible “alternative” explanation of why she did protect the rapists’ identitie(s) after the act.

How is God’s wrath ever sweet?

After Israel (and mankind) goes astray and the Lord punishes severely with wrath after hesitating quite some time (“slow to anger”, but “fist always poised to strike”), YHWH always is forgiving and sweet like a loving father. The flood, the great tribulation, the destruction of the temple, the destruction of the kingdom, the scorching of the earth with a hotter burning sun “climate change due to sin” … after all these cataclysmic turning points, Yah turns and shows love and forgiveness towards Israel (and mankind) when a change of heart occurred.
YHWH Yahshuah seems to be always looking for the repentant heart…
That’s pretty sweet, isn’t is?
And justice at the final end of the 7000 year story. What could be more sweet? This is like final solution all over!

i would think it only takes a second to repent so almost everyone goes to heaven?

No, some of these guys Dahmer killed didn’t know death was coming and they had just engaged in homosexual fornication. He just clubbed them on the head from behind. There’s no way they repented so they are, according to the Bible, going to Hell.

I urgently urge you to remove your 4th point for your soul’s sake.

I stand by point 4. The Bible teaches that Jeffrey Dahmer is in Heaven and the victims he killed and ate are in Hell. If this is true, God is an asshole. Thankfully, I don’t believe it is true.

This is so true and so ridiculous. Sex without a condom is rape. Sex after the girl has had a few drinks is rape. Sex that the girl regrets later is rape. Still, it is the world we live in and we need to accept it. We now have Android apps that record sexual consent prior to any act. How romantic.