…reposted due to the rather unfitting topic…

I wonder how they get the word out. Oh right, they post on the internet about how bad technology is.

Are You lacking revolutionary spirit entirely?!

(Dannyboy remark read attack as watering the rescue boats of the Titanic as I don’t believe in a violent nor non-violent overthrow soon, but in a survival apart from the system in small groups like Amish/Mennonite do.)

Sadly enough, I see the point in time coming and quickly where the technological system is able to relinquish the vast of us and more and more pose a mere burden for the system and the Brave New World controllers.)

Theodore himself mentions this in the Manifesto:

In small cells/ “Huxley’s islands” we may be allowed to survive and procreate until the system collapses due to its many flaws (hybris and ungodlyness; after all it is an all dead machinery; may it collapse like Tchernobyl but with a remanent far from it).

I wonder how they get the word out. Oh right, they post on the internet about how bad technology is.

Oh Reg, remember the good old days when the internet still was the free internut?

But it’s time to realize that we never owned it. There already had been monopolist Microsoft in these days, apple making a comeback and google investing heavily to the extend many of us asked ourselves: “how will they ever make profit of their huge investments?” and “they are putting up an independent video plattform (YT around 2005) for US and THEY are paying for it - that’s sooo nice of them but it’s crazy”.
Just as German Dr. Nina say, it only looked natural and free. But instead it may have been heavily sponsored and planned unfree and dehumanizing all along…Those IT-Elites tricked us and we were fools! Theodore K. was right all along.

They are going to stop AI.

They are going to stop AI.

Nobody can stop AI. AI will not destroy us, but it will surpass us.

Oh Reg, remember the good old days when the internet still was the free internut?

I do indeed remember. I miss it. The net was incredibly free back then. I never imagined it would come to the point where the incredibly free internet would be used to take away almost all freedom of expression. We live in the least free world of my lifetime, and it’s becoming less free with each passing day. This is not happening over the protests of the public but at the behest of the public. People everywhere scream for the heads of anyone who steps out of line. If you posted something on Twitter 15 years ago that is now against the prevailing right-think, you will be destroyed, not by governments but by your fellow citizens.

Nevertheless there are positive aspects about the whole situation and we - again - should be thankful to our creator.
Never before have I been so lucky with the fact that I (and we all) will leave this world within a reasonable time - and this not being suicidal at all normally.

Biological life is truely miraculous and awesome and reflects our great god! My time on earth is half-way over hooorray, half-time celebration, let’s strive for an awesome second half of the game!!! Maybe even increase the risk!

Oh no trouble at all Reggie. No pleasure either.

And trouble is like engine trouble like vehicle exhaust but from your cardiopulmonary and cardiovascular. Basically your running rate if you weren’t a stiff. Then it’s just the rate you run this up at.
Got it?

You need more earth life. Like dust and dirt earth.
To balance out.

Nobody can stop AI. AI will not destroy us, but it will surpass us.

Why do you think that? If it surpasses us, doesn’t that imply it will have the power to control or destroy is? That even sounds a little unbelievable. Men must be really dumb to create a machine that outsmarts them.

People everywhere scream for the heads of anyone who steps out of line.

People everywhere? Who are the people you are referring to?

Why do you think that? If it surpasses us, doesn’t that imply it will have the power to control or destroy is? That even sounds a little unbelievable. Men must be really dumb to create a machine that outsmarts them.

King of Bahrain arrives in Dubai with his robot bodyguard fitted 360 with cameras and in built pistols. Technology moving very fast than ever in history. Now politicians might order this too https://t.co/YK8aI65z4N
AgeofGrace August 17, 2020, 11:47am #16 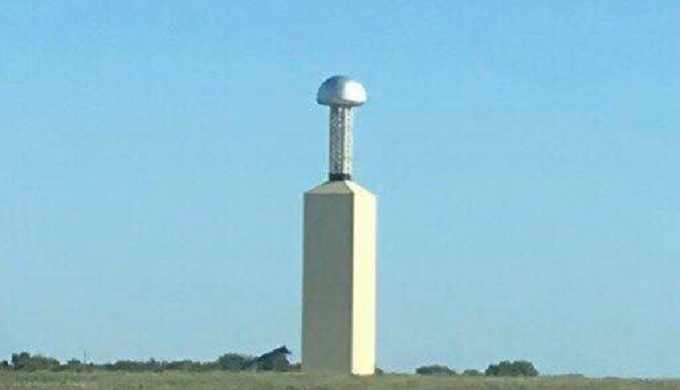 The Truth About the Mysterious Tesla Tower in Texas

The mysterious "tesla tower" in Milford, Texas is bringing the technology of the future to Texas with its electromagnetic wave technology, previously unobserved.

Have you seen these? Maybe they might be unfair to people in a chess match, you know like plugging them in on one side of a room and adjusting the acoustics and sound cancellation so it only affected one player. Maybe vibrating their eyeballs so they can’t focus or draining their energies rapidly and preventing optimal brain function by having them allocate system resources to cope with the stressor. I suppose if brain functions and areas of the brain show electrical activity in certain brain areas for certain types of processing or function then something like that or this could actually give you the brainwave patterns of another person.
https://www.bing.com/shop?q=electronic+rodent+repellent+devices&FORM=SHOPPA&originIGUID=1152484FE6C04270ACA26732BE47E18B

It’s easy for people who argue for AI. They are already dominated by it. They give you a headache by letting AI do their processing and trying to get you to do the same until you can no longer process because those areas are damaged, then you rely on AI and finding others to damage.

I’ve been working on that, but I want to see who is abusing it first knowingly.

Sometimes the words they say seem so profound and serious and powerful because they are. Not the actual words but the backup vocal you can’t hear. They speak and the AI doubles them as ULF or ELF. You feel like the ground is going to swallow you up because those are earthquake frequencies, yet you can’t say anything about it.

I can pick up the damaging signal. It hurts.