Sarah Sanders Kicked Out of Restaurant

My question is simple: do you agree with the right of a restaurant to do this? I

What did she do? Spill a coke with ice, fart loudly or wear a Trump shirt? Or all of them?
If you are the owner, you should have the right to dissmiss anybody from your restaurant regardless of reason in my opinion including heritage or skin colour or 23andme results. Or beliefs. Or religion. Whats’o’ever. Hence it is called Your own restaurant. Should do it by maintaining the dignity of each side though IMHO.

You might will have to live with the shit-storm and the loss of income thereafter however. It is called free market.

PS: Just imagine the outcome of such developements. There would be separate restaurants for coke spillers, loud farters and Trump t-shirt wearers. Others for for silent farters and Merkel look-alikes. Other restaurants segregated by race or religious beliefs. Different entrances and table sections for corresponding 23andme results. How to tell: I JUST LOVE the idea. Separatism is the way of the future!

Restaurant chain “some are more equal than others” hahaha. Just like Southpark’s “tolerance camp” episode.

It doesn’t really matter why the Baker didn’t want to bake the cake. Whether the Baker found them disgusting or not, is not relevant. The Baker should have the right. As should the restaurant owner, no matter how dumb their reason is

It is very relevant! Why the baker didn’t want to bake the cake goes to the core of why it went to court.

Serving others is always a choice.

The baker and restaurant owner chose not to serve their neighbor for very different reasons.
You need to search your soul for understanding about what it means to reject service to someone based on “guilt by association.”

Soon, service will be denied to all those who are caught praying over their food because it is offensive to the servers’ eyes. Even if the server was not asked or required to participate. This is the New World we live in.

Now that we have agreed that they both have a right to reject service, you tell me, why are you trying to dodge the question of why service was rejected?

In my opinion, the dividing line here is whether the product is available for sale as a commodity item.

If you have a corner store and you sell Coca Cola, in my opinion you should have to sell that coke at the same price to anyone, regardless of whether you agree with their lifestyle or like their race or feel they are in violation of your religious laws. We put all kinds of regulations around your rights to operate a business and this is just one more: you need to treat everyone equally or you’re not allowed to do business in our city/province/country.

Again in my opinion, this no longer applies if you are creating something from scratch. If you’re building a house, or a painting, or a cake, or making music, I feel you should have the right to accept or reject that contract for any reason at all.

Given this, I’m clear that the baker should be allowed to refuse the gay couple, but I’m far less clear whether the restaurant should have the right to kick out Sarah Sanders.

I can see that Reg. So it has to be original. If someone bakes with domino sugar and kings flower and quaker oats, they can reject because the product has been altered and not known?

Soon, service will be denied to all those who are caught praying over their food because it is offensive to the servers’ eyes. Even if the server was not asked or required to participate. This is the New World we live in.

Now that we have agreed that they both have a right to reject service, you tell me, why are you trying to dodge the question of why service was rejected?

Totally ridiculous. Most people are not dumb enough to reject service to a group. The baker’s business collapsed after rejecting service to the gay couple.

I didn’t dodge the question. I don’t care why service was rejected. To me, rejecting service to someone who is not belligerent is moronic. I don’t care if they are republican, gay, trump supporter, nazi, whatever.

What do you think should be done to the restaurant if anything?

WHY WAS SHE ASKED TO LEAVE?

If I walk into a restaurant with a black person and the restaurant owner sees this and becomes offended, should we have to leave?

I just stumbled upon this. The Right is just as guilty as the Left on this matter. 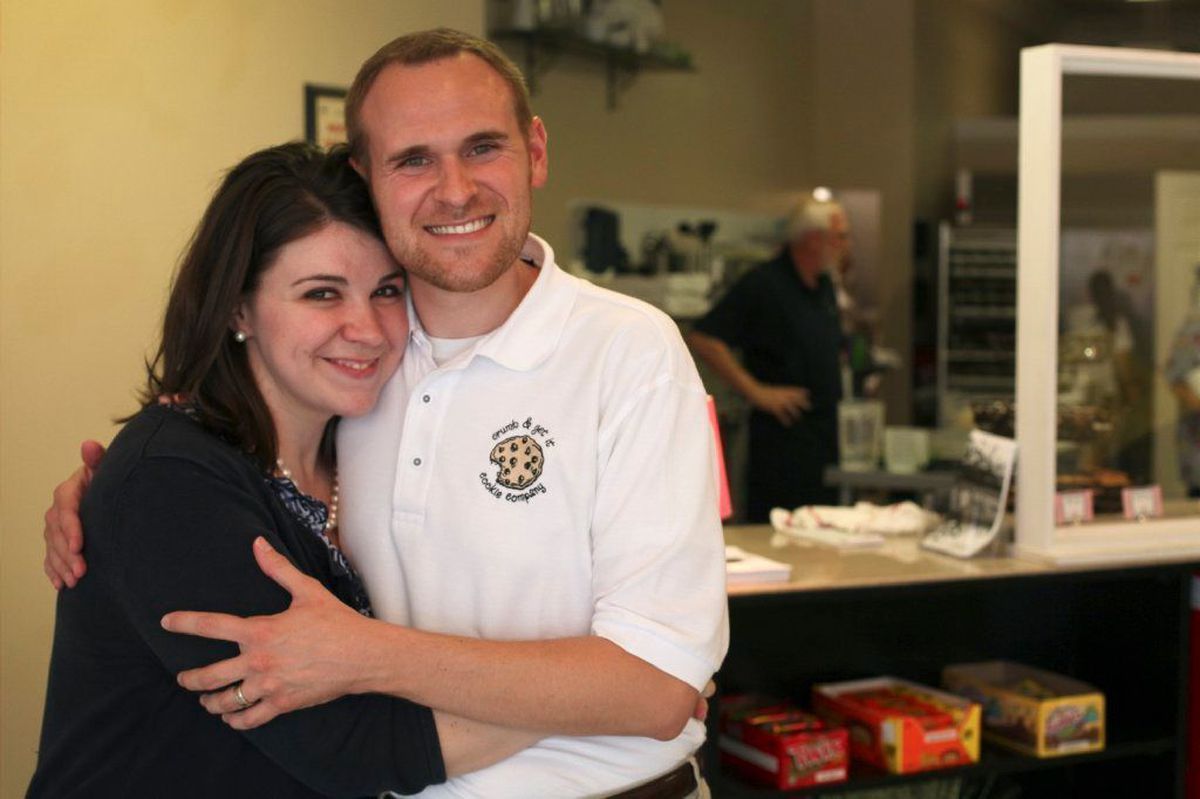 Remembering when a baker turned away Joe Biden and received praise from...

When the owner of a Virginia-based cookie shop turned down the opportunity to serve Vice President Joe Biden in 2012, the right embraced him as their small business hero.

Yes! Everyone is guilty!

The left is against the Right and under the influence of powers and principalities. Those powers are plotting the destruction of the Word of God. The Word of God is hidden in Jesus and Jesus dwells in me. I and the Father are One. Because He is in Me and I in Him. The Father loves me and I love Him and I can ask anything in Jesus name and He will give it to me. Until now, I have asked for nothing in His will but now I ask Him for you because you are His and He loves you.