Plumbing in the andes

Apparently, in your ears because I asked that question 3 months ago.

How the Finns Deter Russian Invasion

If you want ordinary people to make your society occupation-proof, you have to teach them to kill well before they need to do so.
plus it helps to live in the arctic
nobody wants to go there 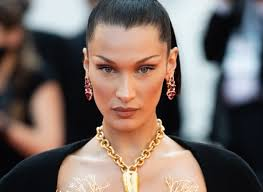 An article in the Friend from the August, 1863 edition stated President Lincoln’s Emancipation Proclamation stands beside the Imperial Ukase of the Emperor Alexander, giving liberty to illions of Russian serfs. The history of nations grants to their supreme rules but few opportunities of thus immortalizing their names—the names President Lincoln and the Emperor Alexander will never die among the exultant millions of their emancipated fellow men.

Yet not all Russian officials were so optimistic, the Baron
de Stoeckl, Russia’s minister to America, continued
to persist for most of 1863 that the Emancipation
Proclamation was “futile,” and continued sending reports
of its weakness and of Lincoln’s troubles to Alexander.
that de steckle
he was facebook for smart people and a war criminal