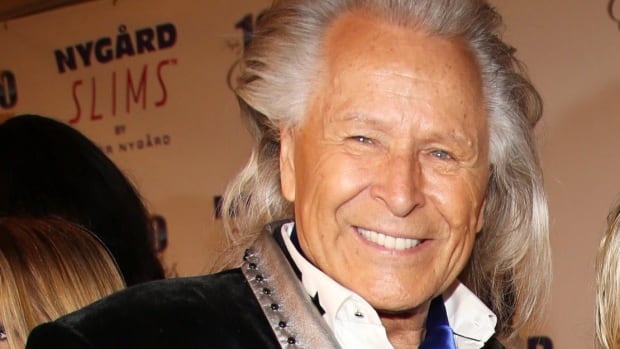 Peter Nygard's arrest brings relief, pain to his son and one of his accusers...

As news of fashion mogul Peter Nygard's arrest became public earlier this week, it gave Serena Hickes the courage to come forward for the first time, instead of "taking her secret to the grave."

“Peter Nygard is under arrest and awaiting extradition to the U.S. on charges of racketeering, sex trafficking and sexual assault.
Nygard says they are all lies, made up to destroy his reputation.
“The investigation shows that Nygard’s criminal conduct has affected hundreds of victims,” the affidavit says. “The harm to his victims has included not only economic and psychological harm but also numerous instances of non-consensual sex, including non-consensual group sex, attempted forcible rapes and drugging of victims.”
RCMP say they have information “from another agency that Nygard takes a lot of medications, is an old man who isn’t well and can barely lift his arms above his head.”
The FBI says Nygard used his companies to pay for victim recruitment, travel expenses, plastic surgery, abortions and medical treatments. The FBI also says he used corporate employees and funds to “quash negative publicity” and “engage in illegal witness tampering.”
The court documents say Nygard victimized women at properties in Winnipeg, Toronto and Falcon Lake, Man.
The documents also say Nygard used dinners, poker games and “pamper parties” as tools to identify new potential victims.
Nygard regularly patronized sex and swingers clubs and repeatedly forced and coerced “girlfriends” and “assistants” to engage in non-consensual group sexual activity, according to the RCMP affidavit in court documents.
The affidavit says there is email correspondence with Nygard employees about pamper parties and other recruitment events “directing employees as to physical requirements for female invitees” and “ratings” of guests.
The emails also said preparations included “ensuring that there was sufficient sexual lubricant and cash on hand for Nygard.””

This man’s mind is bent. How has this well dressed beast, Peter Nygard been able to avoid justice for more than 30 years? Nevermind that. You can kiss his a double s goodbye. His running days are over. When Canada extradites him to the United States, he’s going to face his accusers (plural, apparently there are many) and all the perverted things he’s done to them.

Justice will be, preferably, spoon fed to him. I just can’t decide if he deserves death or prison for life.