I need a change of scenery and mood. BRB

My own meltdown is weirding me out.

Amusingly, I don’t think it weirds anyone else out. We’re all just used to it. The sky is blue, the grass is green, Michele is having a drama, all is normal with the world.

Applying blackout pressure is not amusing and should weird anyone out. Don’t you agree?

Maybe he can ask kanye what to do.

He doesn’t need advice. He needs a prison suit.

This is interesting because you know, I’m familiar with this drug.

So, the top story all over the world is this Khashoggi thing in Turkey. It’s the top FIVE stories on CNN right now. Top story on CBC, BBC, Al Jazeera and DW. Every major news organization is obsessing over it. Then I looked at Fox News. Not a peep. Not one word. I even searched for it and found nothing. Note the red circles. Interesting. 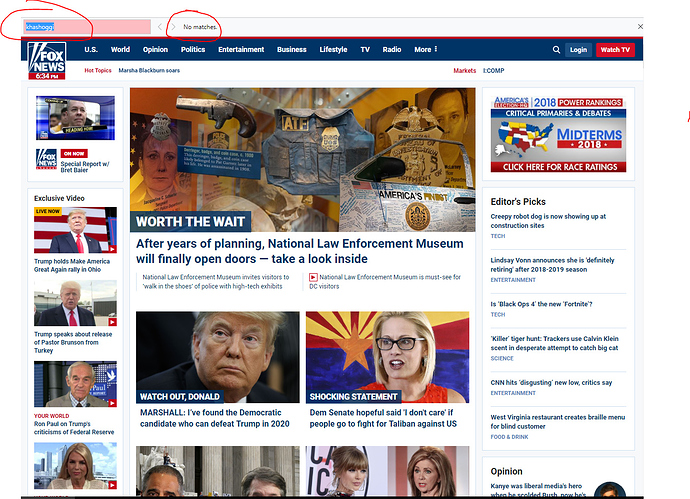 Yeah, as I understand it he was wearing an apple watch which recorded everything and sent it to the cloud where they can’t erase it.

I recommend you rub pork belly on your butthole, stick a candle in it and light it. This will ward off all evil spirits.

Screw the Saudis, bunch of backwards Wahhabi savages. They think civilized standards don’t apply to them and for decades they’ve gotten away with it. I hope this brings them crashing down hard.

I recommend you rub pork belly on your butthole, stick a candle in it and light it. This will ward off all evil spirits.

Yeah I can tell you missed me.

Here is a useful illustration on the differences between ISIS and Saudi Arabia. 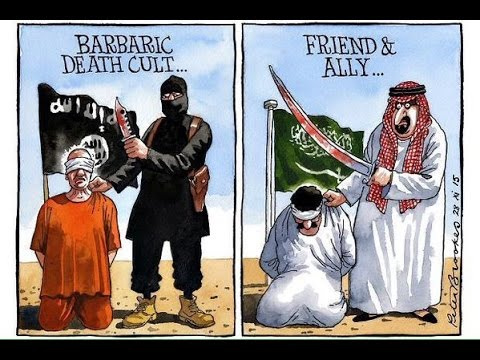 Now the Imbecile In Chief takes sides with the Saudis. Three more weeks. 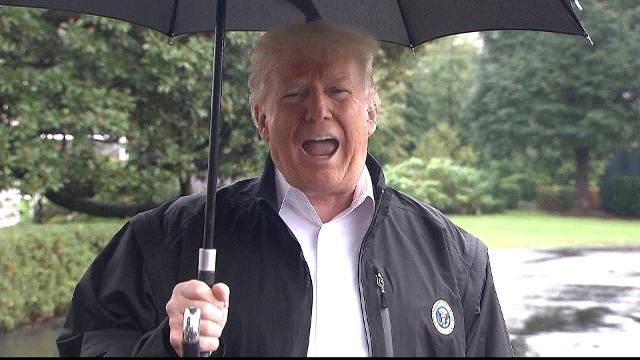 Trump accused of siding with Saudi in Khashoggi 'murder' case

After speaking with the Saudi king, the US president parroted the 'rogue killers' theory that has been popular in the Saudi media.

Those people are brutal and what they did was horrifying.
Since we know the truth, I’m assuming we will sanction Saudi Arabia but go forward with the deal?

Did we do anything to North Korea when they tortured Otto Warmbier?

You weren’t doing military deals with NK at the time, and had already cut off all relations.

Whatever the Orange Idiot does (if anything), I assume it will be stupid. I’ll wait to see.

I wonder if the Saudis are blaming a fist fight for cutting up Jamal Khashoggi’s body and flying the parts out of the country. I wonder if they usually send teams of 15 people by private jet in anticipation of fist fights. 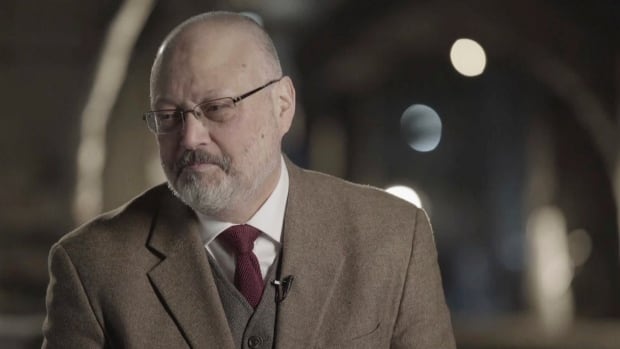