I don’t know anything at all about this award but the remarks of this year’s host amused me.

Gervais slammed actors for calling themselves “woke” while taking money from Apple, Amazon and Disney, who use slave labor.

“If you do win an award tonight, don’t use it as a platform to make a political speech. You’re in no position to lecture the public about anything. You know nothing about the real world. Most of you spent less time in school than Greta Thunberg. So if you win, come up, accept your little award, thank your agent and your God and fuck off,” he added.

Will Gervais be invited back again after this? Unlikely. 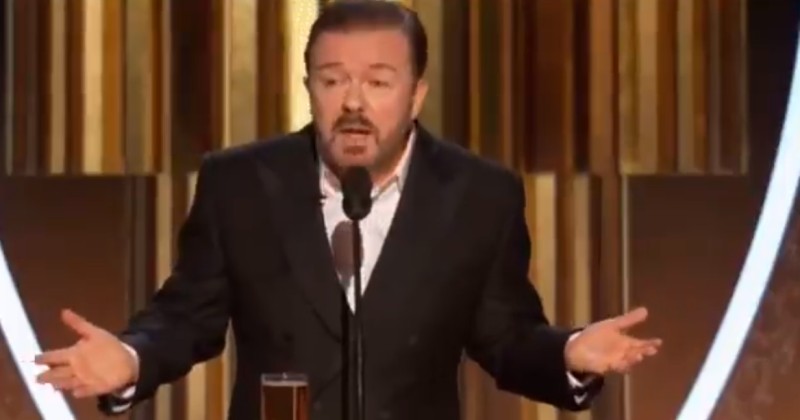 I did watch for 20 minutes. I thought ellen made a great speech. Tarantino was funny. He won for screenplay and said since he wrote it himself, he didn’t have anyone to thank. Then he did thank the actors for improvising the screenplay. Probably his best cast he’s ever had.

I’ll see a recap later. He called the Hollywood foreign press racist and did not do a memoriam because it was all white people that died. Which is a weird choice. He is more correct on what he is getting slammed for than that.

He’s been doing it over 10 years I think. Seems like he knew it was the end.