My daughter has decided to marry and they are planning their honeymoon but they have no clue where to go.

It depends what they are interested into.
On a honeymoon, I wouldn’t be too much interested in culture, so I’d rather go for a romantic spot.
There are many islands where you can see the stars brightly and “learn to know each other a bit better” on a lovely small, lone southern beach. High chances of becoming grandma quickly that way

I’d opt for Madeira or Canary Islands. Romantic surfer dude places. Azores have more cloudy and rainy skies, so no romantic sky filled with stars.
Another “romantic” (not overcrowded) surfer’s place: Sagres, Portugal (end of the Europe). Pretty cheap for a nice experience, too (at least 10 years ago…).
All “surfer dudes” places have a relaxed live and let-live atmosphere, perfect for a honeymoon.

Need best bang for the buck? I’d opt for Croatia (however prices have risen significantly there over the last years), Hungary (Balaton) or Romania.

I’d avoid mainland Spain, Italy, France (to overcrowded and many “new European friends from Africa” selling their stuff on the beaches, also hotels leave a bad taste from cheap mass tourism era) and Germany and Great Britain (way to cold for “romance”)

want a beach for you alone?
Try “Herm” (Channel Islands)! I had been camping there once.
Caution: despite the gulf-stream: pretty cold water. Rather expensive and hard to get there. A refuge. Very british.

European vacation spots are getaways from Europa for people who live in Europa and no longer have any contrast.

You are speaking about something that you have no understanding of.

I have not been there for many years but Barcelona is magic.

I have not been there for many years but Barcelona is magic.

Barcelona might be more or less the opposite of Herm. Rich in culture and buildings…but

too overcrowded and many “new European friends from Africa” selling their stuff on the beaches, also hotels leave a bad taste originating from the cheap mass tourism era

You could be right. I hope to get there again next summer but we’ll see. The woman is getting her doctorate degree in entomology so it will depend on her school schedule. Overall I don’t like Europe as much as some other places but it has its appeal and some places are wonderful. The Balearic Islands would be magic if they weren’t full of Deutsche Schwulen.

The Balearic Islands would be magic if they weren’t full of Deutsche Schwule.

PS: Should I use Schwule or Schwulen in that sentence?

PS: Should I use Schwule or Schwulen in that sentence?

I don’t know. Last time I was there had been with my spanish grandpa. And he is dead since the 90s. He “covered my back” to prevent deutsche Schwule aprovecharse de mi.

Three languages in one sentence. lol.

Mhmm. I did not know that, but as I said, last time I had been to Ibiza was in the early 90s.

How many languages do you speak Daniel?

I don’t think they want to go where men are kissing.

Better stay out of Europe altogether, then. Canada, too. And the US, now that I think of it.

So I talked to my daughter last night and this trip is not the honeymoon. This trip is one they are taking as a family but I’m going to let her know about these places.

Germany looks dangerous now too. Even infiltration of the police. Does it worry you? 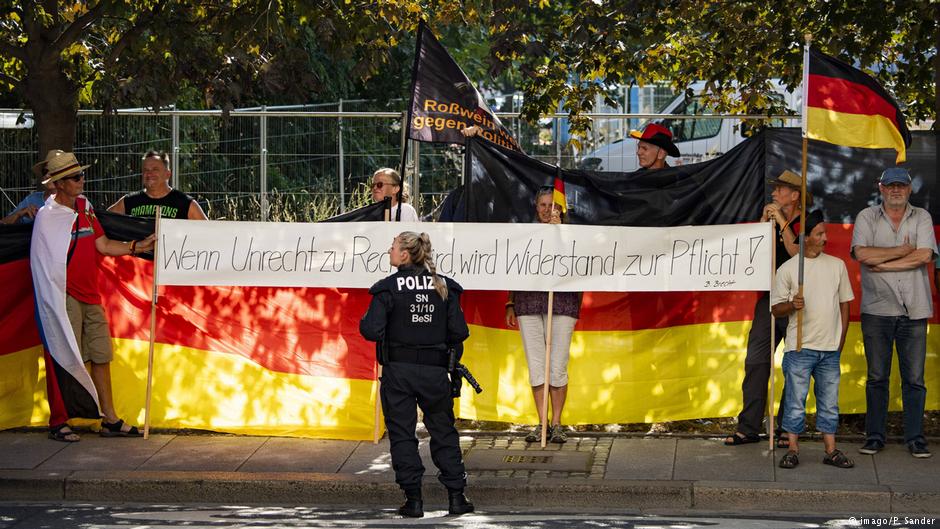 The man who prompted police to hold reporters for questioning during a far-right demonstration in Dresden no longer works for the state police. The case raised questions about far-right reach within law enforcement.