Loved this from Remnick (New Yorker): 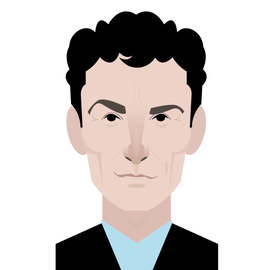 One could be forgiven for thinking that rhetorical dynamism long ago vanished from the hallways and chambers of the United States Congress. It has been a hundred and sixty-four years, for example, since Charles Sumner, the anti-slavery Republican from Massachusetts, rose in the humid air of the Old Senate Chamber to unleash a five-hour, fully memorized onslaught against the idea of Kansas joining the Union as a slave state. Along the way, Sumner paused to lash two of his Senate colleagues, calling Stephen Douglas, of Illinois, a “noisome, squat, and nameless animal,” and accusing Andrew Butler, of South Carolina, of taking up with a “polluted” mistress—“I mean the harlot, Slavery.” You can still hear such acidic flourishes in other legislatures around the globe, but the language of the U.S. Congress is rarely so vivid. Generally, it is as flavorless as day-old gum.

Alexandria Ocasio-Cortez, a first-term Democrat from New York, provided a rare exception Thursday as she stepped to the microphone in the House chamber to make a hash of Ted Yoho, a veterinarian, Tea Party member, and veteran Republican from Florida.

The story began earlier this week, when Yoho reportedly approached Ocasio-Cortez on the Capitol steps to inform her that she was, among other things, “disgusting” and “out of your freaking mind.” His analysis was directed at her (hardly novel) public statements that poverty and unemployment are root causes of the recent spike in crime rates in New York. On matters of criminal-justice reform, Yoho is of a decidedly conservative bent. Not long ago, he voted against making lynching a federal hate crime, saying that such a law would be a regrettable instance of federal “overreach.”

According to a reporter for The Hill, Yoho did not cease in his expressive disdain for Ocasio-Cortez even as she walked away. Once he believed her to be out of hearing range, Yoho reportedly described his colleague as a “fucking bitch.”

On Wednesday, once the news of the encounter had circulated, Yoho delivered a statement that could best be described as the sort of non-apology apology that begins, “I am sorry if you understood me to be saying. . . .” Yoho began by explaining that he wanted “to apologize for the abrupt manner of the conversation I had with my colleague from New York.”

But his remorse was, at best, confined. “No one was accosted, bullied, or attacked,” he went on. “This was a brief policy discussion, plain and simple, and we have our differences. . . . The fact still remains, I am not going to apologize for something I didn’t say.” With confused logic, Yoho invoked his wife and daughters and said that he objected to Ocasio-Cortez’s views because he had experienced poverty when he was young. “I cannot apologize for my passion or for loving my God, my family, and my country,” he said. It was unclear who had asked him to apologize for his religious faith, his patriotism, or his love of family, but he was ardent all the same.

In all, Yoho’s was at best a deflective, jittery performance that was in no wise enhanced by his spokesman, Brian Kaveney, who e-mailed the Washington Post to say that Yoho “did not call Rep. Ocasio-Cortez what has been reported in the Hill or any name for that matter. . . . Instead, he made a brief comment to himself as he walked away summarizing what he believes her policies to be: bulls—.”

As a first-termer, Ocasio-Cortez has been a star, even if she has had her stumbles, including an initially troubled relationship with the Speaker of the House, Nancy Pelosi. Ocasio-Cortez has been at the forefront of major issues, including climate change, immigration, campaign-finance reform, and income inequality. Her ability to skewer a balky witness in committee hearings has proved as uncanny as it is entertaining. She came to the House floor Thursday to rebut Yoho, insisting that, after delivering a short retort via Twitter, she might have kept her counsel had he not delivered such a lame non-apology. Her speech, which was then echoed by other colleagues from the Democratic caucus, was not in the Charles Sumner category in either length or style—she favored righteous sincerity where Sumner employed florid invective—but the devastation was of a similar scale. The sporting equivalent might be Billie Jean King’s measured yet unmistakable destruction of Bobby Riggs. The video of Ocasio-Cortez’s speech is available online, of course; it should be studied for its measured cadence, its artful construction, and its refusal of ugliness.

She began with narrative, setting the scene: “I was minding my own business, walking up the steps, and Representative Yoho put his finger in my face. He called me ‘disgusting.’ He called me ‘crazy.’ He called me ‘out of my mind.’ And he called me ‘dangerous.’ ” Then she broadened her scope: “This issue is not about one incident. It is cultural. It is a culture of lack of impunity, of accepting violence and violent language against women and an entire structure of power that supports that.” Ocasio-Cortez made it clear that she was not going to fall down and faint. She had heard it all before, on the subway and as a bartender. But she wasn’t going to let this pass, not from a fellow-member of Congress: “I could not allow my nieces, I could not allow the little girls that I go home to, I could not allow victims of verbal abuse, and worse, to see that. To see that excuse, and see our Congress accept it as legitimate and accept it as an apology and to accept silence as a form of acceptance. I could not allow that to stand.” What’s more, she was not going to allow Yoho, in his clumsy way, to use his family as a “shield” for his barrage.

The politics of our moment are dominated by a bully of miserable character, a President who has failed to contain a pandemic through sheer indifference, who has fabricated a reëlection campaign based on bigotry and the deliberate inflammation of division. His language is abusive, his attitude toward women disdainful. Trump is all about himself: his needs, his ego, his self-preservation. Along the way he has created a Republican Party in his own image. Imitators like Ted Yoho slavishly follow his lead. On the House floor Thursday, Alexandria Ocasio-Cortez exemplified a different sort of character. She defended not only herself; she defended principle and countless women. And all in just a few short minutes on the floor of the House of Representatives.

The politics of our moment are dominated by a bully of miserable character, a President who has failed to contain a pandemic through sheer indifference, who has fabricated a reëlection campaign based on bigotry and the deliberate inflammation of division. His language is abusive, his attitude toward women disdainful. Trump is all about himself: his needs, his ego, his self-preservation. Along the way he has created a Republican Party in his own image. Imitators like Ted Yoho slavishly follow his lead. On the House floor Thursday, Alexandria Ocasio-Cortez exemplified a different sort of character. She defended not only herself; she defended principle and countless women. And all in just a few short minutes on the floor of the House of Representatives.

knew i always liked her

I’m bettering that makes you feel a little disjointed.

does grace also drink a lot?
i’mm bettering she does