US ends all funding for UN Palestine refugee agency

This is a good thing. The Palestinians need to realize Americans are not their friends. 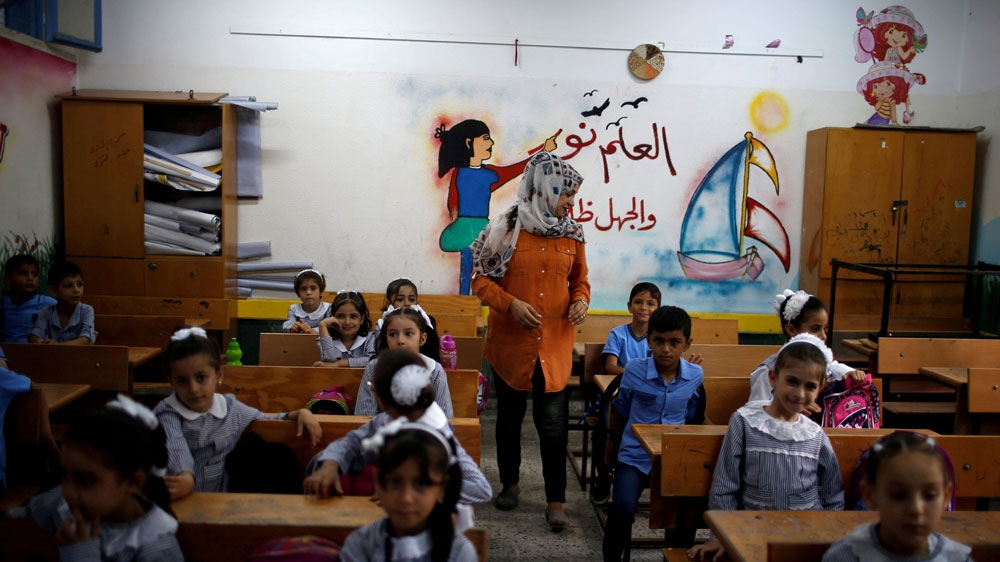 US ends all funding for UN's Palestine refugee agency

I agree. Might as well get the message now. Maybe hope after trump.

This is a good thing. The Palestinians need to realize Americans are not their friends.

Surely enough, the Ummah will kick in to compensate for this move, you know… Saudi Arabia and so on…
Hello! Could we please have some Ummah here? Cori? Where has Ummah gone? Where does it hide?

I decided to look up this Ummah crap you keep talking about. If you believe in Ummah, how in the world can you support that orange idiot, Trump? He believes in survival of the fattest.

You didn’t get the point. I learned that term with the “new state” recruitment videos.
I don’t believe in an Ummah existing as of today. Therefor I always ask succeptive muslims questions like this.
I’d like to see a real one again to judge whether it is of god or not.
But of course, I do post this to trigger muslims to get their asses not into the gym but their act together to perform like having an Ummah as proscribed…

A NATION WITH COMMON ANCESTRY, geography, HISTORY and FAITH (they of course forgot).
A am seeking for a good firery nation. Or at least to learn from her.
What has Trump to do with this? He could lead his Ummah, too. Ummah is nationalistic. I am nationalistic. He is a NATIONalist, too. I don’t see the problem. We are one in spirit in this regard. We don’t neccessarily have to be of the same Ummah, though.

This is an odd place to do that. There are no Muslims here. As far as I know, everyone who comes here (aside from you) thinks Islam is stupid.

This is an odd place to do that. There are no Muslims here.

I also do ask muslims this question when meeting them. Less offensive, but I still want to know where Ummah is hiding especially in regards to the Palestinians.
It really is a weak-point for muslims, because Islam teaches worldly power, too, apart from spiritual power in contrast to biblical Christianity…

As far as I know, everyone who comes here (aside from you) thinks Islam is stupid.

Oh, you antimuslimic racists! I clearly dissociate from such a standpoint. Islam could well become a step towards a more fundamentalist bible interpretation and a return to faith for Europe, just as the Spanish zealotry peaked after 700 years of moorish/muslim rule and suppression.

Yes, it certainly could. God knows humans are stupid enough.

Yes, it certainly could.

Could be the pressure, the pain we desperately need here. Like in the gym: no pain, no gain.

God knows maybe he is preparing his kingdom right now to come near to us.

Regardless of belief, Islam has some unique, very interesting points, e.g.

There is a reason for this. God is so very good and merciful. His Word tells us that we would not believe what He is doing in our day and I trust Him.

A NATION WITH COMMON ANCESTRY, geography, HISTORY and FAITH (they of course forgot).
A am seeking for a good firery nation. Or at least to learn from her.

You’re not exactly innocent here. Or do you feel it was ok for you to ask me a personal question in a private setting? You know, I could have answered in a way that would have changed everything. I even have a song for it. And I am sort of still sorry about my answer and if you had been only spiritually seeking, we would not have had to deal with any of that.
You are charming, Daniel, and I adore you, but you are exactly like them and weather it be in a public or private setting, we should talk about this because while my view has evolved lately, it has never changed. And I know you see a disturbing issue here. I see it too. But I’m not disturbed.
I believe Jesus is coming for a bride spotless and without blemish. (The Raptured Church). But God forewarned us that the apostasy would happen before the end. I am a part of that and I know what that means for me. And why did He tell us we would fall away?
So if God is only planning on coming back for a handful of Christians in the Church, how is He going to be ALL. IN. ALL?
1 Cor 15: 28
If they obey but fail to confess Jesus as Lord and we confess Jesus but fail to obey, we will all be found guilty together. Only then can He be ALL. IN. ALL.

All through the Bible, Satan mimics everything about God. (Father, Son, Holy Ghost)(Beast, False Prophet, Anti-Christ) Only in the end does Satan do something God has never done. And that is to unite the 3 big religions with the Mark as a sign of unity and homage by the world. When this happens, it will not be us against each other but us (the entire world) against them (powers in high places). And at that time, everyone who calls upon the name of the Lord will be saved. Everyone!