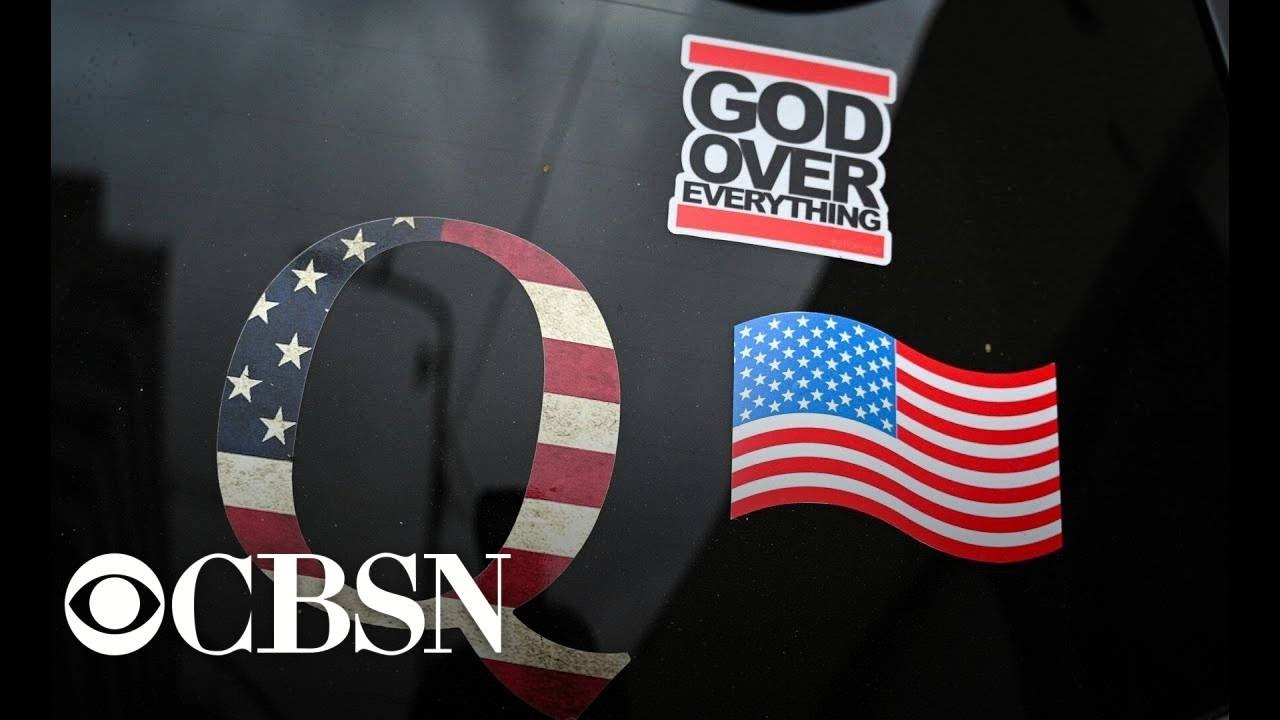 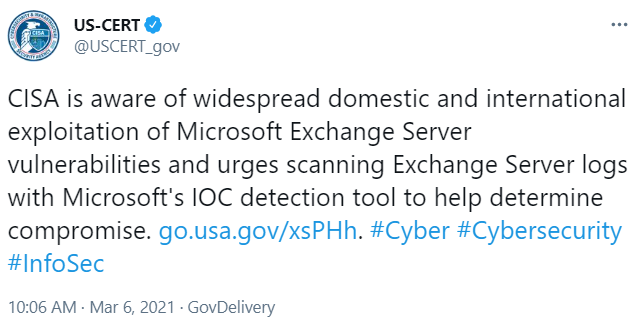 At Least 30,000 U.S. Organizations Newly Hacked Via Holes in Microsoft’s...

At least 30,000 organizations across the United States -- including a significant number of small businesses, towns, cities and local governments -- have over the past few days been hacked by an unusually aggressive Chinese cyber espionage unit...

“Microsoft’s initial advisory about the Exchange flawscredited Reston, Va. based Volexity for reporting the vulnerabilities. Volexity President Steven Adair said the company first saw attackers quietly exploiting the Exchange bugs on Jan. 6, 2021, a day when most of the world was glued to television coverage of the riot at the U.S. Capitol.”

I thought this was interesting just because there seems to be a pattern of nefarious behavior during tragic events. Some idiotic Q source posted the article.

“The same idiot posted this:

What about the ankle?
The “vulnerable” achilles heel is metafor for the 3G dam and the river Styx of the underworld.
The war in this myth is metafor for the war between Light and evil/underworld.
In the myths Achilles was said to have died from a wound to his heel, ankle, which was the result of an arrow—possibly poisoned—shot by Paris.
Paris was a child of Priam and Hecuba. Just before his birth, his mother dreamed that she gave birth to a flaming torch. This dream was interpreted by the seer Aesacus as a foretelling of the downfall of Troy (the Cabal), and he declared that the child would be the ruin of his homeland. On the day of Paris’s birth, it was further announced by Aesacus that the child born of a royal Trojan that day would have to be killed to spare the kingdom, being the child that would bring about the prophecy.
Though Paris was indeed born before nightfall, he was spared by Priam. Hecuba was also unable to kill the child, despite the urging of the priestess of Apollo, one Herophile. Instead, Paris’s father prevailed upon his chief herdsman, Agelaus, to remove the child and kill him. The herdsman, unable to use a weapon against the infant, left him exposed on Mount Ida, hoping he would perish there (cf. Oedipus). He was, however, suckled by a she-bear. Returning after nine days, Agelaus was astonished to find the child still alive and brought him home in a backpack (Greek pḗra, hence by folk etymology Paris’s name) to rear as his own. He returned to Priam bearing a dog’s tongue as evidence of the deed’s completion.”

Apparently, Q thinks we need a crash course in mythology.

If that wasn’t enough, we were given Scripture and reminded that the Pope was going to Iraq.

He said, “To build a temple for her in the land of Shinar. When it is prepared, she will live there in her own place.”
Zechariah 5: 11

Apparently, Q thinks we need a crash course in mythology.

you are one of those idiot Q believers. how pathetic.

Someone has to be the pathetic one here.