Serena lost the US Open. She argued with the umpire. I agreed with her totally but didn’t think enough of it to post. Now some Australian newspaper has published this. Aussies have a reputation for being racist. I think this is racist. Some others don’t. The thing that really amuses me is that her opponent, a half-Japanese half-Haitian with a dark complexion has been transformed magically into a blonde white girl. 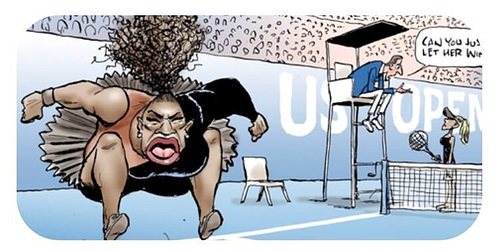 I agree with you
I agreed with her but not enough to post. The cartoon is definitely racist. I bet she’d boycott the Australian open but it is a major and there is nothing like an f u to win it and tie court’s record. 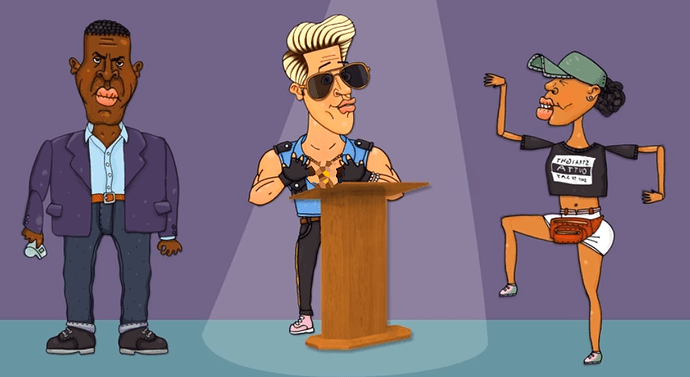 MiloSye_NegrosMisbehavingInTurkishStore_CoverKinkyPubesUGrow.png969×530 261 KB
(Edit: I self-censored religious symbols from that image)

((love those kinky pubes on the head. To all you Muslims/Bible-nuts/(messianic) jews on bbad: do those need to be covered by a hijab/ head scarf/ tichel??? Do you count those as “hair”???))

I doubt Australia would sign any pro-immigration treaty. It is a very xenophobic nation overall.

I doubt Australia would sign any pro-immigration treaty. It is a very xenophobic nation overall.

Austria and Hungary are on the virge, too.
I pray for more nations to withdraw.