A new thread I wanted to start about particularly what you eat or want to eat or works good for you for any reason without harse judgements or telling you what you should eat or what you are if you eat whatever.
What you in particular actually eat or thinks you might want to eat for some benefit or effect you see others get or theorize you will. Please no fake eating of centipedes, scorpions, bicycle parts, concrete, rebar etc.
Also bad reviews of what you have eaten that you might have bad effect on you, bloating, instant weight gain, hives etc.

I separated this from the workout thread I created but not only what you eat that makes you smell good, goes well with something you drink or activity, or satisfies you, but what also you eat for exertion or training or event.

I’m eating very little because I want to hit 79 kilos this year. I had some pasta today with very little sauce, no meat, and some mushrooms. I had a yogurt for dessert.

Oh was it convenient? Did you have trouble finding your selection or was it brought to you?

Nothing was brought to me. I do more cooking than Erika as I prefer my cooking. We have agreed to eat very plain meals until we each achieve our weight goals.

Whatever, I suppose you two know what is best for you. Don’t come to me unless you want some gut punching.

Stamppot (English: Mash pot) is a traditional Dutch dish made from a combination of potatoes mashed with one or several vegetables. These vegetable pairings traditionally include sauerkraut, endive, kale, spinach, turnip greens, or carrot and onion (the combination of the latter two is known as hutspot in the Netherlands and as wortelstoemp in Belgium). Leafy greens such as endive may be left raw and added to the potatoes only at the mashing stage. Some less common regional varieties of stamppot...

Get Haggis Recipe from Food Network

No Will! What do you eat for supernatural strength, stamina, speed, etc. Not just random recipes you pick up. Like why you eat kale or a certain cheese and how you make it even if just microwave etc.

You guys are worse than bloody Mark.

What do you eat Reggie

I just woke up and weight myself. I gained 200g yesterday, somehow. Given that, I may fast for most of the day. I am determined to be 79 kilos.

I just woke up and weight myself. I gained 200g yesterday, somehow. Given that, I may fast for most of the day. I am determined to be 79 kilos.

strange number to pick, why not 80 or 75? weird goal but i guess as long as it makes you happy i wish you good luck and hope you make it

wish you good luck and hope you make it

Gee, thinki, you’re really kind towards him. Helping with Hope. A lately unfamiliar, lovely side.

Confusing. The first step to recovery is being truthful with yourself. You are confusing and confused.

interesting, why do you think that? i believe iam always truthful with myself and everyone else;)

Here is an example. This is some apsaragus I cooked yesterday. I used a mediterranean blend of oil which olive oil, canola oil, and grapeseed oil. I also added some presqueezed lemon juice from fresh lemons and some apple cider vinegar and some clover honey (clover is just the most popular and usually cheapest in the supermarket). I broiled these about 10 miutes a side and they came out very flavorful and soft throughout the entire length of the spears. I added nothing else and ate them alone. 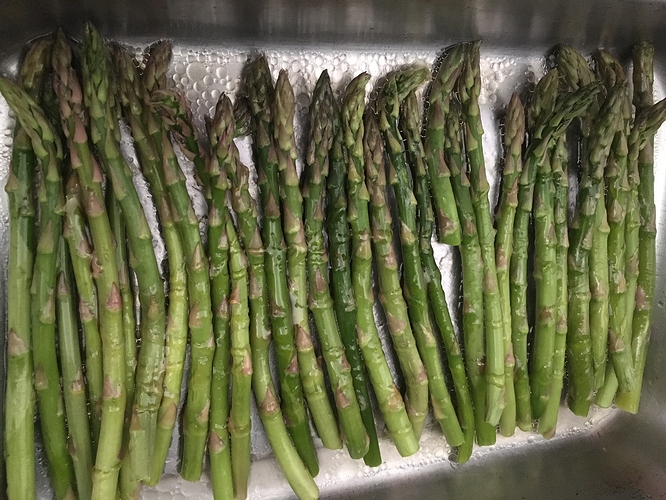 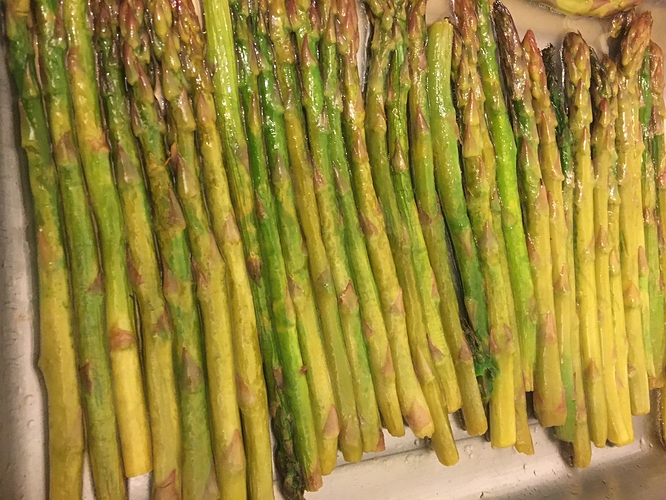 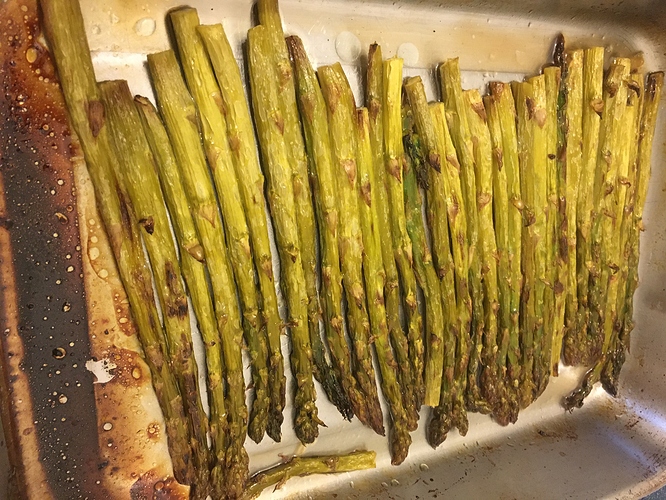 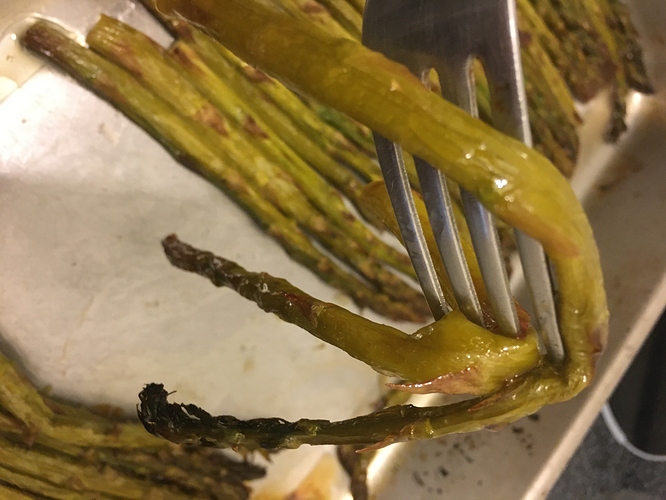 I cooked this batch this way because the last batch I did in a large square teflon stovetop pan and used several spices and aspecial salt. Ihad some blood pressure issues and my urine smelled odious. When you have a lot of crystals in your sytem be it salt or whatever along with spices it can be taxing when urinating and enough to rip the urethra and split things open like a boiled hot dog when urinating. I know this not just from recent cooking but past experience as well, noting color and smell of urine.
Vinegar and lemon can be refreshing but painful on the stomach if done too much. A small or moderate amount doesn’t eat me away and can produce a very attractive sweet smell. Too much honey isn’t good but when thinned with the vinegar and lemon you it allows me to urinate in a heavier stream (which I almost never get to do!) by lining the urethra and relaxing it.

I am not going to eat anymore asparagus with oil because of the smell. It embarrasses me a bit and mybody starts producing it overtime as if it knows it has to fill in greenhouse gas to surivie in its environment. I think it helps to some extent to unclog things especially if I have been eating a lot of gluten from breads. Rice supposedly does not contain the protein but the stickynature of rice is foten described as glutinous and may have even used some as paste for an art project.

It’s a good fuel like you are running on biodiesel or something. Sometimes I urinate and it smells so terrible though I am worried about being around others and also if that sme smell is coming from my breath or pores in my body with any sort of activity.

Very healthy, Mark! I cook them differently, myself, but no matter how you cook them, asparagus is great for you. Excellent choice.

Yes to stop eating them for a few meals.