Not that i can count

This site claims the bloody Scandis invented log cabins. I have no idea if it’s true and don’t care. Bizarre that people like the idea of living in those.

The oldest log homes are said to date from 30BC, a pile of logs stacked up to form a pyramid but the answer is probably Scandinavia 4,000 years ago.

my first log cabin was a dumpster
i was drunk, but i think it was made in canada

youda thunk ida learned by now
walked the dog in a park by a lake today
girlfriend little bit behind, puppy pulling ahead, found an icy patch
i begin by saying that nothing bad happens in this story
scream behind me abruptly cut off
girlfriend slipped
my third thought was “i am screwed”
this woman is going to die and i have no legal rights to live here
my first thought was “i will do no harm”
my second thought was “she’s gonna bitch at me when i insist we wait for EMTs to move the broken hip to the hospital”

Very little you type is clear. You have a unique point-form writing style that would benefit from punctuation, but I quite like reading it. It is distinctive.

I recall Daniel typing that he doesn’t understand your writing at all but many don’t understand him, either, so it evens out. He writes three languages so he wins in my book.

Nico also dislikes punctuation and capitalization but he has the mental and social handicap of being Dutch.

Good she’s ok. And from what you wrote, I hope she outlives you.

i’ve been thinking about it, too

i begin by saying that nothing bad happens in this story

i thought i made that clear
nothing bad happened

Very little you type is clear.

was it “nothing” having two syllables that threw you?

You typed “i begin by saying that nothing bad happens in this story”, except that was your fourth line and wasn’t your beginning at all. You actually began by saying “youda thunk ida learned by now” which itself is a dubious beginning but it’s what you had. You also typed 10 lines without meaningful punctuation. 11 if you count the fact that one of the lines wrapped.

Very little you type is clear. Again, this isn’t a complaint. I like it when people have their own unique writing styles. Most of us do, here.

My style for instance is profane and perfunctory.

i guess i just got to a point where the story could have turned bad and i wanted to avert anticipation
i’m sorry did that line wrap?
“nothing” being fourth, or was it fifth, means something different than “nothing” in the second or third position
i get that

Is your typing out “double quotey thing” a form of protest against punctuation?

yesterday was advent
i know cuz the calendar tells me so
also a full moon tonight
again on my calendar
i got your savior hanging right here
By the 6th century, however, Roman Christians had tied Advent to the coming of Christ. But the “coming” they had in mind was not Christ’s first coming in the manger in Bethlehem, but his second coming in the clouds as the judge of the world. It was not until the Middle Ages that the Advent season was explicitly linked to Christ’s first coming at Christmas.

it’s not my fault i’m not fluent in russian
plenty of people are, so i know it’s possible
i just never got in the habit
i can swear in russian, even get directions in the street
but i can’t speak fluently
some people have that same problem with thinking
they were never in a situation that demanded it
it’s not that they won’t learn
they can’t

We are building a thinking-optional world. Actually that’s not right. Thinking isn’t optional, it is discouraged. Just parrot the politically correct lines of the day and you’ll be fine. 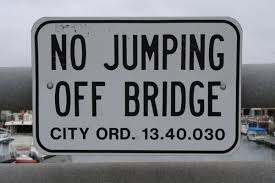 equality is a lovely thing, except for those that think or wish they were better than others…