Talked to Adam on FB today. He’s doing ok. He realizes trucking has an uncertain future so he’s going to nursing school in the fall. He married Christina (phelpzy from the zone) and has two kids. He even got a tattoo with their names. Living the dream.

There were two others from the zone who got married that I know of. Longfellow and a woman who liked expensive sexy shoes. Also a guy from Chicago who drove to Kamloops and swooped up his woman and took her home. Don’t remember their names.

What was Adams nic?

Adam had so many. g_halfacre was the one I remember best.

The guy from Chicago was Matt Chapman and his girl was a native Canadian named Melissa. They are no longer together but it was a romantic story.

Wow, good to hear news about Adam and Christina, glad they are doing ok.
Does Kim or Barb ever come by, or anybody else from the old days?

Does Kim or Barb ever come by, or anybody else from the old days?

Not really. I had to rebuild the site again (about a year and a half ago if I recall correctly) because the old software was no longer being maintained and was a security risk. I decided not to import all the old users as it was clear that many people had just moved on. It was the best thing I ever did to BBAD. A handful of old friends stayed and everyone else just disappeared.

Would be nice to hear from Barb again. I wonder if she still makes her poor husband wear that old gray suit.

How do you recall that stuff Will? … old grey suit lol

It was a joke between us. She had posted a couple of pics of her and her husband. One was from their youth. In both he was wearing a grey suit and I accused her of making the poor man wear the same suit for years.

Haha, As if Barb would be that mean,

Oh, she took me to task for that one all right, lol.

Speaking of that sort of thing, I notice Reg has a new avatar pic. Same shirt though. No wonder you have so much fucking money. Buy a new tee shirt!

Oh hush, I just like blue. I admit, this shirt is too big for me these days. I also admit I’m looking a lot older these days but I don’t care. I’ve earned all those flaws. 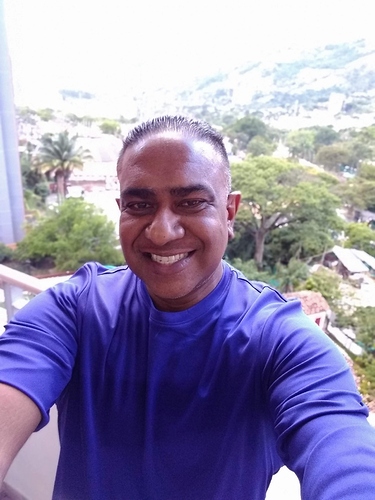 I’ve earned all those flaws.

And don’t you fkers worry about poor ole Reg. If he can’t earn his flaws, he has enough money and education to trade his salvation for them.

Looking good and trim Reg … flaws and all

Hey speaking of lost sheep, are you still in touch with Deya?

Oh wow, yes, we keep in touch on Whatsapp. I am going to see him when we go to Al Ain. Since I left, he found a wife and has had 2 kids, I’ll meet them when I’m there.
Miss those times with him.