John McAfee appears to have offed himself. Or he got killed. One of those. He was an attention whore at the end of his life and it wouldn’t surprise me at all if he planned this to get a bit of press in death. I don’t know, though. I don’t really care either way. 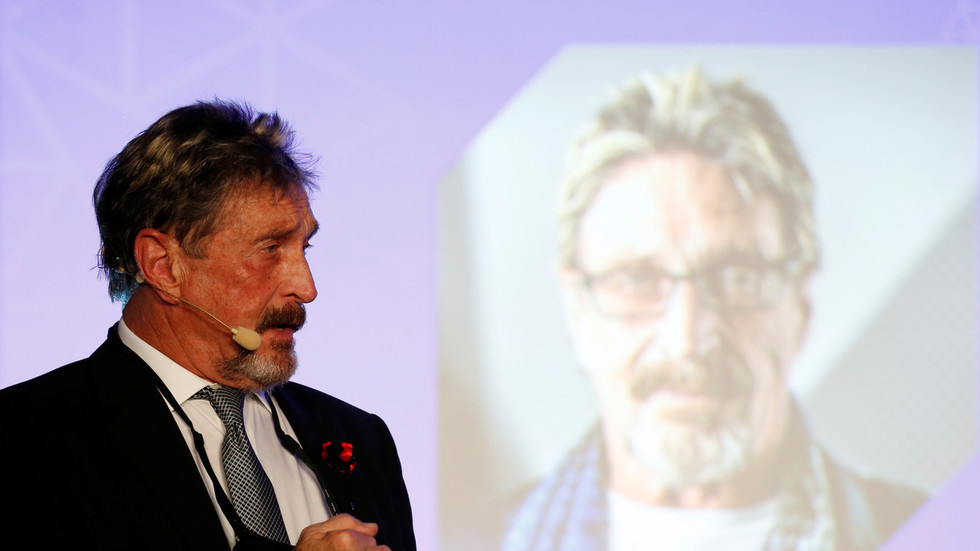 ‘If I suicide myself, I didn’t’: Supporters dredge up old McAfee tweets to...

John McAfee’s death has set off numerous conspiracy theories, tributes and criticism of the extradition to the US the now-deceased antivirus magnate was facing.

He was an attention whore at the end of his life and it wouldn’t surprise me at all if he planned this to get a bit of press in death.

You’re probably right. I bet he strangled himself multiple times in a show of strength against himself.

Unfortunately, for this attention whore, he was not very good at that part of his life. I’ve never heard of him.

I wonder if his corpse is pleased with the amount of attention he is receiving.

At the least he’ll be attracting flies.

I’ve never heard of him.

You might’ve heard of McAfee Antivirus.

I have heard of that. Yes.

His wife thinks he was murdered. His tweets indicate he was not suicidal and if he died, it should be considered suspicious and investigated because he once took part in eating children.

he once took part in eating children

did this happen on a date with hillary clinton?

You would have to ask him but considering he suicided himself that’s a real possibility.

he once took part in eating children.

and you wonder why you get ridiculed.

And you wonder why I avoid conversations with you.

Google it. The article from some msm outlet said he tweeted it.

Tough luck. I’m not going to search for an article you are just going to read and call bs.

smarter than I thought