History: from "convivencia" to "reconquista"

I’m reasonably sure that people here are content with their own level of spirituality and that nobody is seeking enlightenment here. I know I’m not.

OK, even though, some bbads are dwelling on bbad seemingly just for ball game scores comparison, I’ll try to get into a deeper though concerning history.

When argueing against multi-culturalism and one-worldism, I usually use the example of former Yugoslawia that multi-culturalism will eventually break violently, and then some lefty or liberal will tell me “oh, thats why they only mingled superficially in Yugoslavia and kept their traditions and marriages apart from each other”.
OK.

But I have another example that bothers even myself:
As many of you know, Spain had been under Muslim rule for quite some time with jews having a very decent life in high positions. Rulers supported that. This time and age even has a “Reg’s wall”-like headline called: “convivencia”- togetherness.

This lasted for hundreds (!!!) of years only to be brutally interrupted by the inquisition and reconquista after 1492 a.d.

How come, this changed so abruptly even after years of togetherness and multi-cultural blessings and even mixing?

This isn’t a mock post, but I really want to know your opinion on this issue, since Spain is my homeland, too.
I will keep on posting interesting details.
To make it more acceptable for people with notoriously short attention span, I will post images, too, so don’t hurry away.
Please also correct me, if I am wrong on anything.

As far as I know, Sephardic (spanish) jews had to carry the biggest burden, from being in bed with the elite to death and exodus, eventually leading to the notoriously evil phrases in the Talmud. (Please correct me if I am wrong).

You know, the Jewish religion is entirely based on the premise that Jews are God’s chosen people and all others are goyim (cattle) to be exploited for the benefit of Jews. Their sacred Talmud states clearly that it is ok to cheat goyim (that would be us) as they (we) are subhuman. The whole concept of the state of Israel is that it is a place for God’s chosen and nobody else. Why in the world is anyone surprised when some Zionist lawmaker states that Jews are superior humans?

I need to add, that this liberalism only existed within educated parts of the population and the elites. The impoverished bulk of the citizens didn’t take part in this. They were living under oposite conditions. Poverty, harsh living conditions and civil wars as well as disunity amongst iberian tribes were their fate back then.

But somehow, with the coming up of queen Isabel la catolica, (at least christian) elites ditched this multi-culti-yappy-happy-togetherness.
Also, because of some jewish leaders misbehaving/not being as eloquent as their antecessors brought muslim uprises against their former friends and partners and sudden disunity between jews and muslims in the south of Spain.
Also, with the arrival of the Almohads from Morocco, new muslim leaders with a much more conservative mind-set as the former liberal “muslim” leaders of southern Spain the climate of society already changed, then with the military success of christian rulers (reconquista) muslims mainly left and only jews stayed.

In the end-time of the “convivencia”-era a big nationalist and messianic merger from out of the ashes of iberia took place amongst the divided groups and principalities.

As far as I learned, there was a spirit of uproar, awaiting a messiah and general atmosphere of revolution in the 15th century in Spain that culminated at the time of the discovery of the Americas by Cristobal Colon. 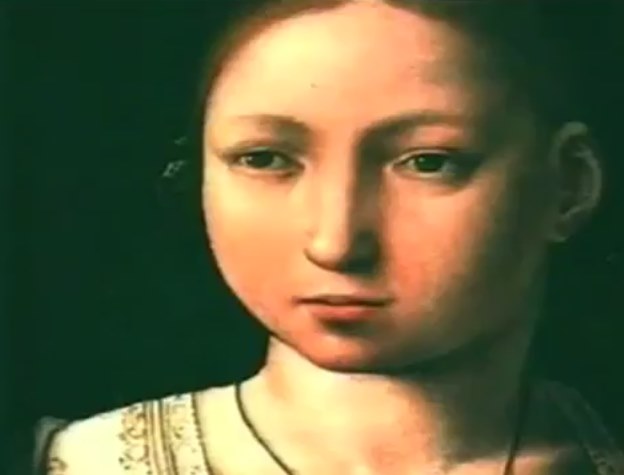 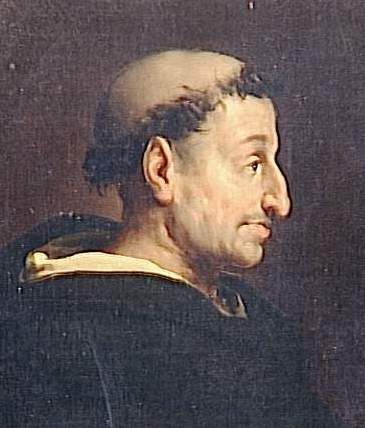 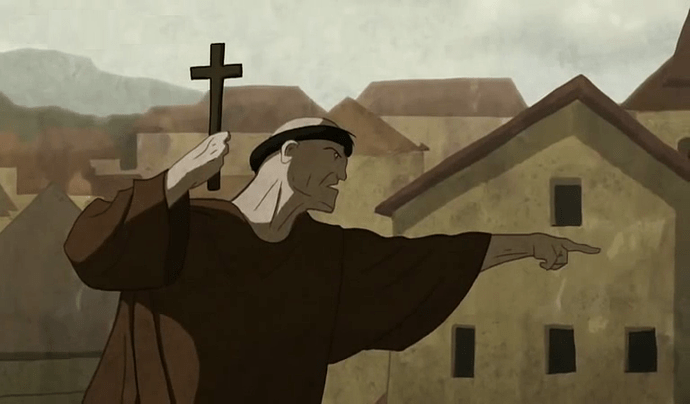 Much torturing and burning alive had been applied back then. Sort of like Pastor Lindstedt portaits the great tribulation. 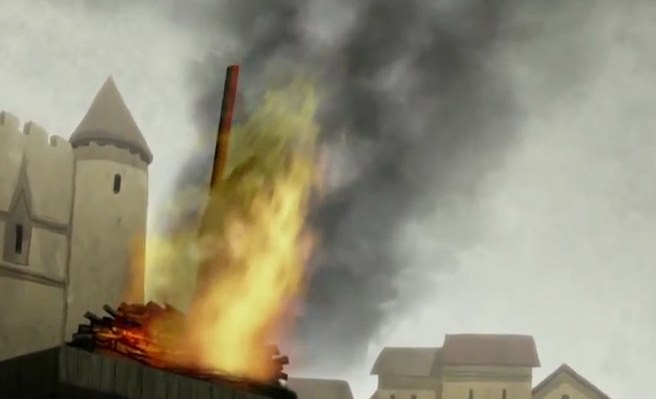 I have never seen this extreme change/transistion of a society explained well.

A crazy notion and fun-fact:
Tomas de Torquemada eventually himself was at least partly of jewish ancestry.
Just to remember those that say, mixing will end racism, that like in Yugoslavia, the most brutal and ruthless many times were those with dubious ancestry and heritage. Evil tongues may say: to show their loyalty to the nation even more than 100% pure people. More zeal!
Fun fact number 2: Tomas de Torquemada issued a “limpieza de sangre” decree in these times calling for racial purity

PS: Queen Isabel looks so hot, I want to make 1000 catholic babies with her!!! 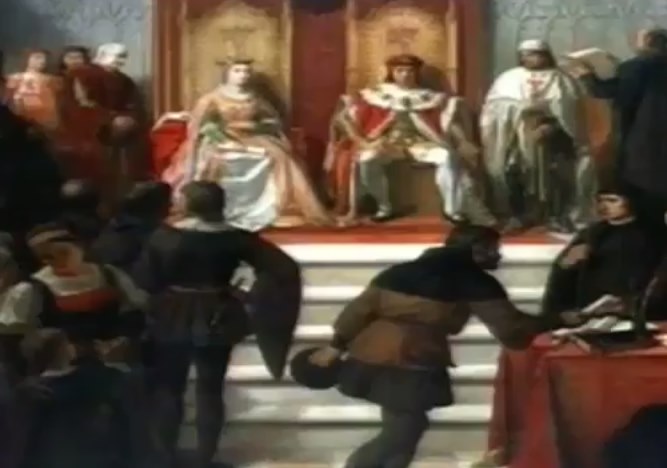 After the “holy child of la guardia” incident, Tomas de Torquemada as main inquisitor eventually pushed his agenda to expell jews as Christ-deniers from Spanish mainland from 1492 on and treat “conversos” in the saint inquisition.

Can anyone confirm that mixed/converted jews “marranos” that made it through the inquisition many times have a family name that ends with -ez, like in Martinez or Gomez. 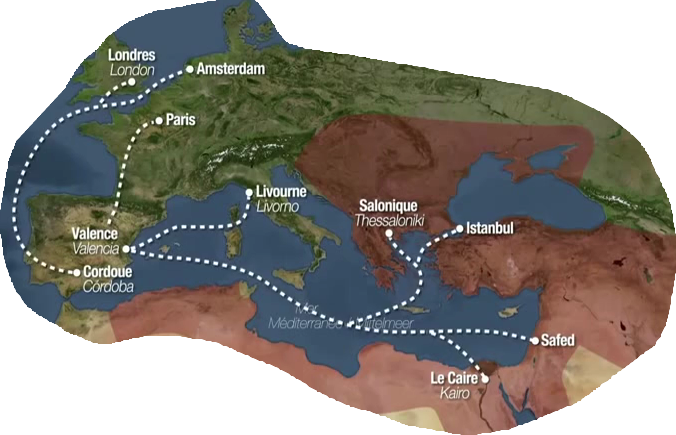 After their expulsion beginning in 1492, by order of her majesty Isabel, sephardic jews that didn’t convert to catholicism by force of the inquisition had been dispersed broadly.

To avoid tragedies like that, it goes without saying that I oppose multi-culturalism as well as cultural marxism.

even though, some bbads are dwelling on bbad seemingly just for ball game scores comparison

I don’t think that’s true. Nobody here dwells on futbol or any other sport. Some of us follow the WC ever four years. I usually google who won the F1 races 20 times a year. I hope the Montreal Canadiens win the Stanley cup each year, but not enough to watch any games. I wouldn’t call that dwelling on anything.

This lasted for hundreds (!!!) of years only to be brutally interrupted by the inquisition and reconquista after 1492 a.d. How come, this changed so abruptly even after years of togetherness and multi-cultural blessings and even mixing?

Sephardic (spanish) jews had to carry the biggest burden, from being in bed with the elite to death and exodus, eventually leading to the notoriously evil phrases in the Talmud.

I googled and was surprised to learn that the Talmud dates to approximately the time of the time you mentioned. I had thought it was much older. I will be interested to read what you find.

THis doesn’t explain it to the least.
The “imaginary friends” as you call them had been around for the whole time of 700 hundred (!) years of convivencia, too.

Right, but the other guys with the different imaginary friend got mad and attacked the first group.

I googled and was surprised to learn that the Talmud dates to approximately the time of the time you mentioned. I had thought it was much older. I will be interested to read what you find.

Well, I didn’t “find” more of it.
Just the mentioning of that fact in an anti-messianist red-pill video, that the Talmud, a man-made book of discussion amongst learned jews, not a revelation from heaven, turned bitter after Sephardic jews burning in Spain and being thrown out forcefully, after hundreds of years of yappy-happy-dip-shit multi-culturalism of faggy togetherness and blurring of the lines.

I don’t know if that’s true, and it’s 3 am here so I’m going to sleep rather than search for it. Wherever it came from, be it Spanish Sephardim or others, the Talmud is the most evil of all the religious texts I’ve read, and I’ve read most of them.

Sleep well, my internut friend, calm down and be blessed.

Epic “jingle” of the uprising, revolutionary spirit in the European christian camp in these times…