I am having a system overflow of information. Just dropped in for getting out again.

Connected to russian separatists now. Learned to know about left-winger’s drop out motivation and why it is incompatible to mine. Learned to know nationalist-catholic non-sola-scripture rome-loving extremists.
Too hard to cope for me.

But for the first time in my life, I did gain some understanding about a “left-winger”.
Hints: cultural marxism, not being able to apreciate, UNTHANKFULNESS. Wow! Westboro Baptists knew it all along. 36 minutes that pack it all in a video and, yes, it contains Hitler. I need to slow down. I cannot take it any more. Any more right-wing catholic argument and my head will be exploding.

Excellent. Are you going to move to Russia like that Depardieu guy?

By the way, do you think I hate white people? I self-identify as left wing.

By the way, do you think I hate white people? I self-identify as left wing.

No, I don’t think so. Admittedly the video mainly targets white regressive self-hating left. Non-whites just take the share we allow as any sane own-tribe-loving being would.

The icing of the cake being e.g. mostly German-heritage pro-Zionist anti-German Antifa, just to mention and display a placative group on the extreme regressive self-hating left.

I don’t think you are self-hating or hating anybody, well except of “Nazis” you know, the mysterious unknown national socialst threat of the 21th century.
I don’t think many gliberal Latin American do hate Europeans neither.

Excellent. Are you going to move to Russia like that Depardieu guy?

Russia is definitively an alternative I had been unaware until now. I’ll hope to keep in contact.
Let’s revive Catherine the great!

I hope you do. So far, you have been an immigrant in Spain and in Peru that I can recall. Russia would be your third emigration. Interesting that you are so anti-immigrant.

Actually, by blood and birth, I am an immigrant to Germany, but let’s stay tone down about this one please. Gunda might be listening. Well, Peru, almost. Plans for Peru failed for good.

Here’s the other person I know of who fled western Europe for Russia. Handsome chap. 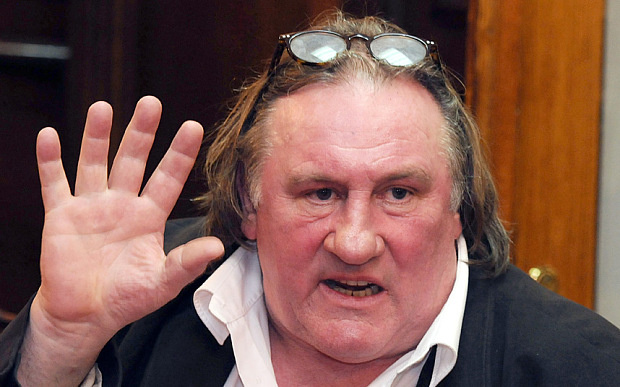 Here’s the other person I know of who fled western Europe for Russia. Handsome chap.

Love that guy. A bit chubby though. For a woman I’d like his shape, but as a man he should become a little more trim. He should go to the gym like you and me. However, I guess he had quite some “cash” available to take the 1-st class ride to Russia. With me it’ll might more likely be the “luggage compartment ride” due to “my baggage”

You have the oddest heroes, and he is now reviled in France, as he should be.

By the way, have you tried to listen to Harold Covington’s replacement? He’s as fat as Depardieu but dirt poor.

By the way, have you tried to listen to Harold Covington’s replacement? He’s as fat as Depardieu but dirt poor.

No, I haven’t. The “REPLACED” king Harold?!
According to your description I can’t be Andy (to whom Im not able to listen-in for more than 3 minutes, sorry).
I really thought, I woudln’t be possible to “replace” a skilled author, talk-radio host and leader of a nation-to-be on the fly…

It is Joel Flake who calls himself “Andy Donner” on that show. And I agree, he’s hard to listen to.

Why do you say it can’t be him?

Why do you say it can’t be him?

I am not sure, but I believe I have seen a picture of him where he looks kind of like Tim McVeigh namely pretty wiry, not at all fat. Also, his voice doesn’t resemble a “big-boned” man. And 3rd: you wouldn’t have posted “whether I had listened to the new one” if it was Andy, because Andy had an article every once in a while for years…

Oh…well he’s new to the role of Führer of the Northwest Front. That’s what I meant by new.

Whatever picture you saw wasn’t Flake. It must have been someone else as Flake has always been fat. He is too ashamed to publish full body shots but here’s his face. If I recall correctly, Cori estimated his weight at 150kg but I might be wrong about that. 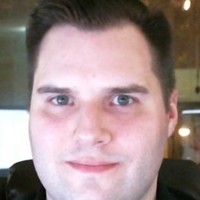 Andreas “Joel” Donner is NOT a replacement for a skilled author, cutting-edge talk-radio host and leader of a nation-to-be. So it is Andy? I am confused now. But if it is Andy they are lost.

It is Andy (whose name is not Andy but is Joel Flake) and yes, they are lost.

oh boy. Well, little time has passed. There is still time to find a more supreme leader who does resemble Harold and his pretty versatile skills more.

They have nobody else to choose from. It has now been two months since Tubby died and Flake has only gotten out a single (non-rerun) Radio Free Northwest, and that was 34 minutes long, most of which was Gretchen. lol.

I am quite enjoying their death throes.

and that was 34 minutes long, most of which was Gretchen

Girl-power!
Why not having a female WN leader. I’d rather listen to Gretchen than to Andy-Joel. Get your nose out of those books, girl and in front of the line. She read a lot and should have built up quite some knowledge as of now. But, of course, if she hasn’t move to the NW as of now, it will be hard for her to convince others, let alone people from outside the U.S. as did Harold…

…on the other hand: The U.S. have their supreme leader Trump on top as of now. So the right might be quite over-saturated there and rather might want to focus on Trump staying in office, even though Trump might not be a “white separatist” leader at all.