I got a list of 117 matches with people I supposedly share DNA with who submitted their DNA for testing.
I have 10 Ethnicities. I have matches for 4 Genetic groups but really only 1 genetic group with confidence and the other 3 lower confidence which is a less conclusive indication.

All this from a cheek swab.

i have parents, too

It’s still very unclear to understand how it works. Apparently 22 segments are tested . They vary in length decreasing from segment 1 to 22. They are quite long but I do not know how long. A 0.6% match is 44cm in one example. Sometimes more DNA is shared in one segment (usually a portion of the segment) than several segments combined. For instance I might 3 shared segments or 4 or 2 but more DNA with only 1 shared segment theoretically.

They gave you the match for herpes or is this how you are tracking your DNA matches?

Those are the only genes you have right?

I read an article recently about “racial impostoring syndrome”. This might help, make it worse, be totally false, or start it when there was no psychological condition whatsoever.

Genetics are a good way to go for me, like genetic blueprints, things some life forms have in their DNA from birth. It is a good way to counter history and justify continued surival.

Overall it is about continuing to improve my genetics and DNA and make them as absolutely incompatible as possible, or simply bring out what was there all along.

Agent Orange was only one of several herbicides. There was also Agents White, Purple, Blue, Pink, and Green. Orange was supposedly the most prominent of the “Rainbow Herbicides”.

I don’t know of anyone with a complete or partial “rainbow double helix” segment of the “rainbow 6”.

You’re another one that can go die you crazy fat pinoy.go now and die.

This is my ethnicity estimate. I don’t think this is very accurate and the last 3 groups the confidence level is low. It doesn’t really make sense because it shows no Chinese or Spanish. Also there are matches to people with 100% Irish/Scottish/Welsh DNA yet no genetic group bridging that on a map to the closest other European ethnicities. Maybe they just have a better sampling of these kits from certain areas. Also South Asian is not Southeast Asian, it is mainly India and Pakistan. 1% Nigerian comes as an absolute shock to me.

*Edited to add in Asia 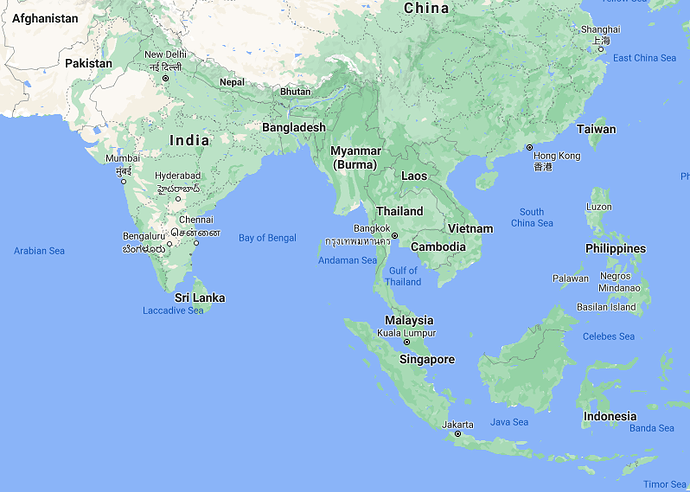 Kind of disproportionate because at least 4 regions overlap Italy or and surrounding water and the North African DNA includes a very small section of Spain and about all of Morocco, Algeria, Libya, and Egypt.

Also Not 3 countries as the dominant estimate of 48.4% There are groups in the Phillipines alone like Igorots, Negros, Visayan that look nothing alike one another and speak different dialects. I’m assuming if they get anything with that match and Spanish, Portuguese, Chinese, or Mongolian they are labeling as one of those 3 countries. It is possible they are not showing up and defining the ethnic group as a blend over generations.

The Scottish, Welsh, Irish DNA could come from either side. Either is from the Expansion of the Roman Empire or is in greater percent included in some Southeast Asian blend or not included.

I remember Julie in voice chat about 10 years ago with her remark to me. “He sounds Welsh, he sounds like he is from bloody Wales”.

If you went back my Ethnicity would probably be Mongolian/Roman.

This is a problem with people always demanding genetic evidence and even pleading guilty when not guilty just for DNA matches.

Do you see how Big Moo keeps attacking me and fighting over his 1.9% welsh DNA he invested in the Phillipines? He is trying to extract it like some whiskey blend.

where is asia?
georgia will file show trial charges to show you don’t mess with texas
lawyers will be blamed

All you have is human DNA that can keep you cohesive. Just remember that next beer before I start up with the green diet again.

Wow, you are tiger, you are a leopard moreso than anyone.

Also nothing in the United States so I am assuming they are only going back as far as the first colonization. They show people who have similar genetic matches but the majority are in Europe which makes me think there is a DNA shortage or problem.

ICE CREAM= Too much genetic coding for a certain biomass.

DO NOT ORDER A KIT YET OR SUBMIT ANY INFORMATION. I WILL EXPLAIN WHY.

DO NOT ORDER A KIT YET OR SUBMIT ANY INFORMATION.