Australians tend to worship their military (who they call diggers to my slight amusement) just as Americans and Canadians do. We shouldn’t, of course. This is reality, as opposed to the carefully crafted fantasy we’re fed by our media of heroic white liberators emancipating the oppressed.

Extraordinary helmet camera footage of an Australian special forces soldier shooting a cowering civilian in Afghanistan could result in charges of war crimes.

Thank you for your service?

They should have used the word tunic.

I just thought of HAC and the guys of “The Brigade”. I just had my “White Power” moment of the day! Thank You

The hell You are talking.

So, are You saying that they would have treated me with more love if I had revealed my racial PADDYgree? [PADDYgree] (Pun!!)

The hell You are talking.

I am about 8% Syrian Druze - a separatist fringe group - without shame.
~0% african
0% jew

So I was correct. Middle eastern. And a jew.

0% zero zeeeroo. Ah it is so hard to argue with delta minus Trump bashers. They just won’t understand. I-n-f-o-r-m-a-t-i-o-n, you know?

He looks white to me, but he has two mixed-race kids with a brown Latina from Peru. When he spouts his white power crap he’s dissing his own children. Disgraceful.

Is Syria not in the middle east and even if your father wasn’t jew your mother was.

He told me he is Syrian and his mother is a jew.

He told me he is Syrian and his mother is a jew.

“Four legs good, two legs bad.”
That was the sentence for you to repeat, forgot? It’s the only information, you can chew on.

Look, I don’t diss anybody by my white power attitude. I endorse other nationalists, too. Even black ones.

But you are the goat loving jew. 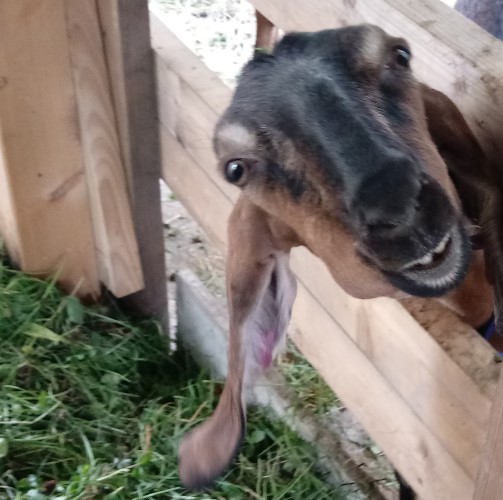 Is that your new “woman”?

Is that your new “woman”?

Don’t you have two brown children?

You talk the talk but you don’t walk the walk.