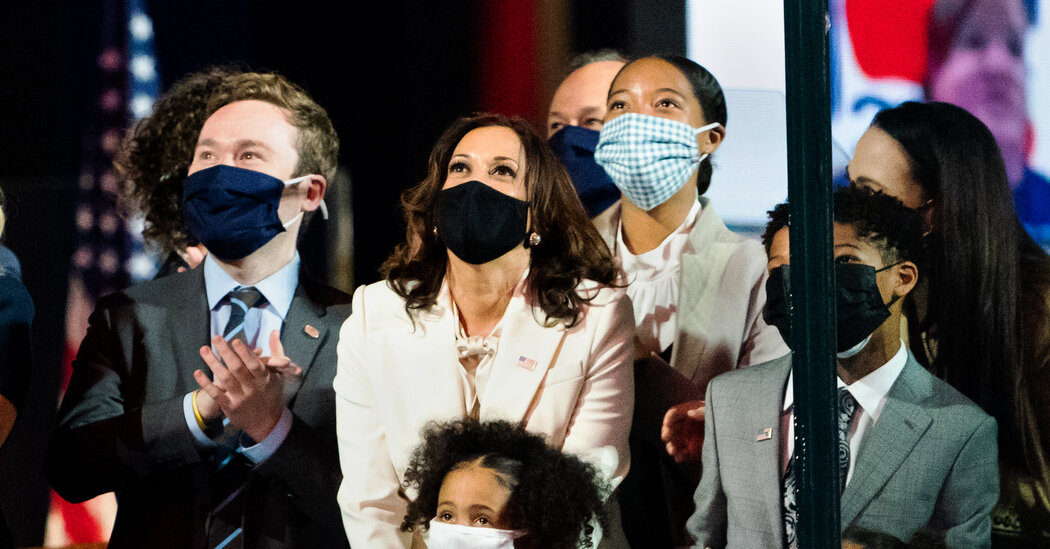 Kamala Harris Will Make History. So Will Her ‘Big, Blended’ Family.

Stepkids. Nieces. A doting husband. His ex-wife. What the Harris-Emhoffs can show the country.

This was a really nice article about Kamala, her hubby and the family unit. Not much different than the article dedicated to Melanie 4 years ago. 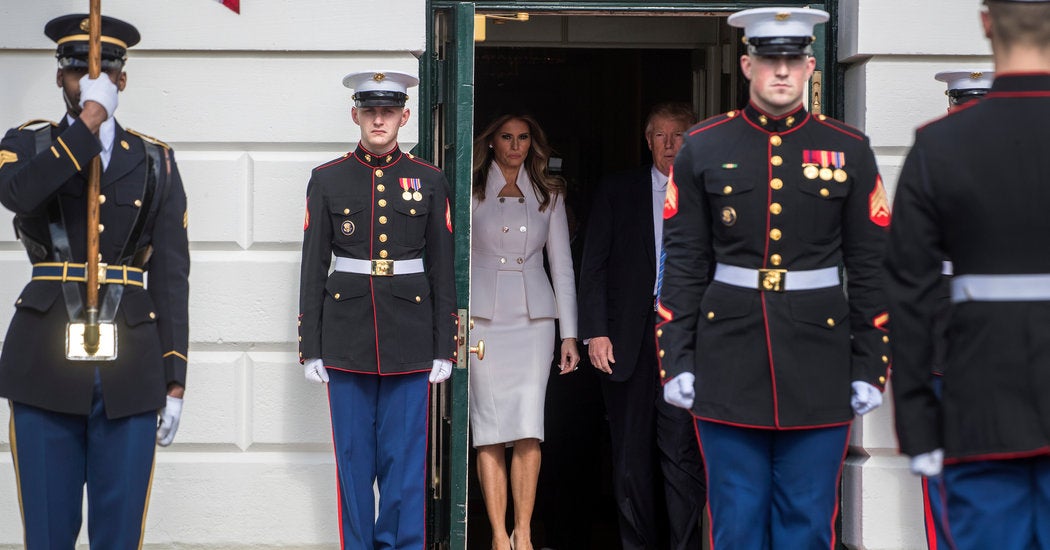 Reluctant First Lady? Melania Trump Wouldn’t Be the First to Claim That Title...

Mrs. Trump joins a long line of women — from Louisa Adams to Pat Nixon — who weren’t wild about the idea of Washington life.

If Harris doesn’t meet the 1 million daily doses Biden promised, she will be mercilessly mocked for his failure, starting on day 1.

Trump Had The Same Vaccination Goals As Biden, But Media Booed Him And Cheered Biden

I don’t think that’s true. Nobody cares about Trump’s vaccine goals and I don’t recall reading any coverage about it. The vaccine was only available after the election so whatever Trump said about it would be irrelevant.

who likes my new avatar picture?
who knows if it’s biden or trump or a space alien?
does thinki own a confederate flag?
did he secretly confess as much many years ago?

All the news is about how secure the inauguration will be. I am honestly surprised that Americans don’t see how banana republic this looks like to the rest of the world. I know that it’s needed. I wouldn’t do anything differently. It’s just very ugly. 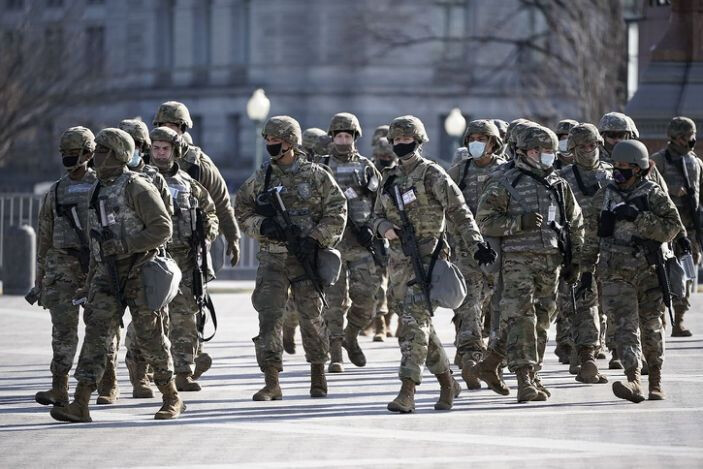 does thinki own a confederate flag?
did he secretly confess as much many years ago?

I misplaced my bone spurs, so i can't march with you Park Bench

lol no i do not own a confederate flag, nor an american, nor dutch or any other kind of flag

Not even a rainbow flag, Nico?

who likes my new avatar picture?

Who knows who it is but is does flatter you.

did he secretly confess as much many years ago?

Without further delay, here is the (definitely very real) draft of President Trump’s letter to that other guy, Joe Whatshisname:

Welcome to the White House, you sleepy dope. I am leaving not because you beat me but because I choose to stop being president because I have already been THE BEST president in American history. Many have said that. I hear it all the time, people say, “Sir, there has never been a president like you.”

And I know they’re right. I’ve accomplished more than any president in history, and I remain incredibly popular and everyone loves me, especially my late father. And also Lindsey Graham. Just ask him, he tells me that all the time. He’s a total loser, but he knows a good president when he sees one. By the way, I left a file about him in the desk here. It contains … some things, if you know what I mean. Just wave it around if you ever need to get him to do something for you. He’s like a trained dog.

Anyway, back to all the things I’ve done that you will never match, and it won’t even be close.

I built the big, beautiful wall to keep out the bad hombres. Nobody called them bad hombres before I did. I came up with that, and people love it. It was so smart. Some slobs said it was racist, but they’re racist. I’m the least racist person I’ve ever met. By far.

But yes, I built the wall. Some will say there are still hundreds of miles of open border, but I haven’t seen them so they doesn’t exist. FAKE NEWS!

We have our great Trump wall, and do you know who’s paying for that wall? Do you? Because actually, I don’t. I kept sending the contractor bills in an envelope clearly marked “MEXICO!” but it just kept getting returned. Good luck with that.

Speaking of bills, I’m gonna need you to pay Rudy Giuliani for me. He’s a great American patriot and represented me in all this RIGGED ELECTION stuff. He did a terrible job, frankly. I told him to find me fraud and he didn’t find a thing, even though I know it’s out there because that guy from the pillow company told me it is.

Anyway, pay Rudy. The bill is in the desk by that file of stuff on Lindsey.

Where was I? Oh yeah, I accomplished so much. We have our great, great health care plan, which I’ll be releasing in two weeks. It will be better than that disastrous Obamacare you idiots came up with. So that’s coming up soon, since I can still technically be president if I want to, since I won, by a lot, and you lost. I beat you in a landslide, you know that’s true.

Some losers in the media keep saying I should just say you won. They say crazy stuff, like that I’m “fomenting violence.” What does “fomenting” even mean? I gotta ask Jared.

Speaking of Jared, can you give him a job? That would be a good way to unify the country, and frankly, I can’t stand the kid. Creepy looking. I just had him around to keep Ivanka happy. Isn’t she beautiful? Not sure what she sees in that skinny weirdo, but whatever.

Now look, I know you’re going to screw up everything I’ve done, and I want you to know this: I don’t care. I just want to get down to Mar-a-Lago and keep bilking money from these rubes I sold hats to. So how about you give me a big pardon? Not that I’ve done anything wrong, but just in case. You give me a pardon, I’ll give you nothing and we’ll call it even, deal?

I had Stephen Miller draw up the pardon papers. They’re in that same drawer with the wall bills and the Lindsey dirt … sorry, I mean “information.”

Oh, speaking of Miller, there might be bags of human hair stashed in a few places. We tried to find them all, but he’s pretty sneaky.

Kamala will become VP before Joe becomes POTUS. That’s the schedule of the inauguration.

I hope she doesn’t poison joe.

I don’t like her at all. Then again I also don’t like Joe at all. Whatever, they’re not Trump.

revealing the whereabouts of your flag is not a wise thing when playing stratego, removing your flag from the game entirely is a winning move 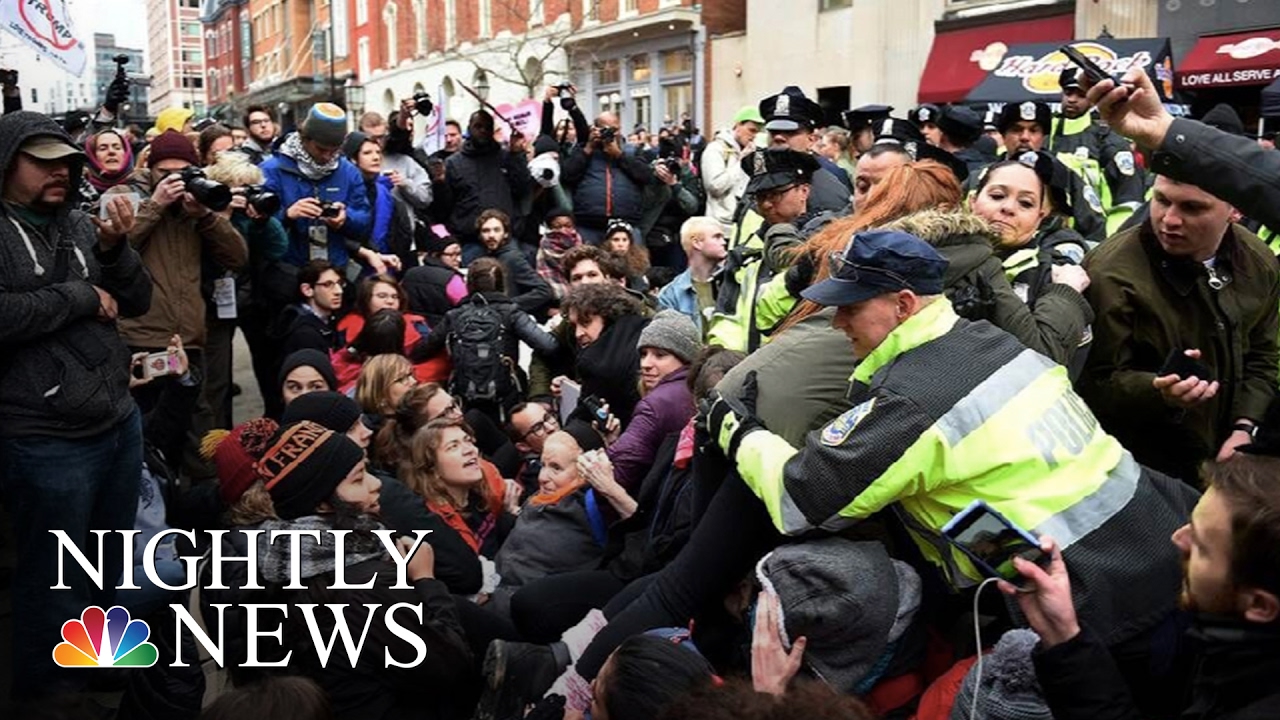 Just reflecting on the Trump Inauguration. I do hope this Biden Inauguration is peaceful. I think if Trump supporters stay near the airport, everything will be fine.

You ask a lot of ridiculous questions.

Okay, I’ve babbled, ranted and whined long enough. Be back shortly and we can flip on the TV. Wink wink*

Before we start flipping on TV’s, Janet Yellen had her fifth confirmation hearing yesterday. This time for Treasury Secretary. Isn’t she a doll?! She supports Biden on his 1.9T dollar aid deal.

“She argued that failure to support workers and businesses risks “a longer, more painful recession now and longer-term scarring of the economy.”

The “deal” if you wanna call it that gives 400 billion to the medical industry to deliver the vaccine.
15 billion was set aside for small businesses.
I love Janet Yellen. She’s such a we the people person.

our towns are smoldering in the american night
can something smolder to the ground?
in the mind of a republican, sometimes

Can it rise again in the mind of a Democrat, hopefully no. I’ll run get the popcorn.

One of the first things he will introduce an immigration bill and stop all funding to build the wall. I wasn’t crazy about this change but there are 9000 Hondurans headed to our border. We can’t turn them away. That would be rude. All past presidents probably agree, we need to be more tolerant and inclusive.

Hey really quick. About that pipeline. Any environ-mentalist will tell you, it is unhealthy for the climate. Biden is doing the right thing here. Maybe we can exchange turbine blades with Canada.

“starting with an order for the Department of Education to extend the existing pause on student loan repayments and interest for millions of Americans on day one.”

I really like this EO. Nothing says responsible country like an administration that absorbs the bills of a young, healthy adult.
Oh I better race back and correct this. It’s just a pause in repayment. Biden did not commit to paying student loans, yet.

We acted like a bunch of racist rednecks under Trump. No country has more freedom than ours. To deprive terrorist of the opportunity to enjoy the fruit of our labor is just selfish. What was Trump thinking!! Geez!

“He will also launch his “100 Day Masking Challenge,” which will require individuals to wear masks on federal property and inter-state travel, in an attempt to curb the number of CCP virus cases.”

This is a little disappointing. I’m almost certain Biden promised a mask mandate. If he doesn’t deliver, he will be branded a loser within the first 100 days and Trumps transition letter will ring too true.

Oh there comes our gal now. All dressed in royal Democratic blue and the 2nd gentleman, looking spiffy. It’s nothing like the baby blue our First Lady wore but Kamala smiles so pretty through her mask.

non-white people are burning our cities to the ground