Do you know what the number 1 worst food in the world is? Sauerkraut! Try and top it. There is nothing worse.

Seriously? I don’t like it but I certainly don’t hate it the way you do.

Google the disgusting things the British/Scottish eat which I won’t even mention here. Those guys are mentally ill when it comes to food.

Matcha. Although it’s not a food.

A lot of that looks like American food. Sauerkraut smells so bad. Raw fish is another bad food.

Raw fish is another bad food.

Sushi is my favourite food. It’s not always raw, btw, but often is.

I had to google matcha, too. 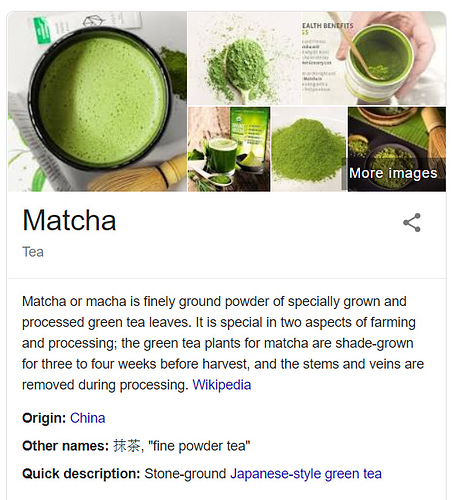 I could drink Matcha. I think.

I’m not hating on Asian food completely. I just don’t believe in eating it raw.

I had Korean food for the first time about 2 months ago. It was good and I even pretended to hold a pair of those Chinese forks.

Ewwww… A delicacy no doubt.

I can 't get enough sushi.

Ewwww… A delicacy no doubt.

Ewwwww about says it all.

I guess you all are sushi eating cat lovers? Lol that’s funny.

Reg, do you still have the video of the girl trying uno for the first time?

I’ve seen it. She looked completely disgusted and regretful.

I don’t think it’s as bad as sauerkraut but it’s definitely number 2 on my list.